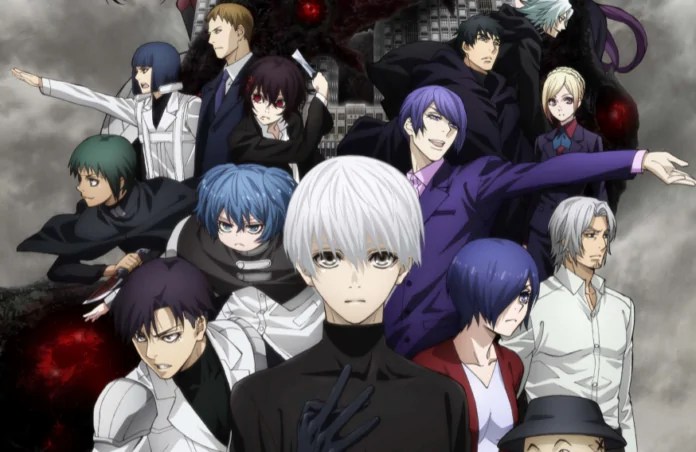 Hello, everyone, The Tokyo Ghoul:re may have ended but the anime still has something to offer. The release date to Tokyo Ghoul:re Season 2 has been revealed along with a new Key Visual. The release Date is on 9th October. A key visual also has been released. Subscribe to our Reddit Community for latest updates. Well the key visual is too much of Spoilers to begin with. We can see Rize at the right- top corner along with Amon below her.

The 2nd- cour is supposed to cover 121 chapters either in 12 or 24 episodes. The Episode count haven’t been revealed yet but according to some reports the anime will consist of 12 episodes.

The opening theme Katharsis will be performed by TK from Ling Tosite Sigure the one who performed the well known opening song from Season 1 “Unravel”. Osterreich will be performing the ending theme Rakuen no Kimi.

The 2nd- cour will also be handled by the Studio Perriot+ with the same staff. Fans have a fixed feelings towards the final cour and are expecting better anime sequences and dialogue delivery.

If you are unfamiliar with Tokyo Ghoul, the series is written and illustrated by Sui Ishida and published in Young Jump. The story follows Ken Kaneki, a student who survives an encounter with his date, who turns out to be a ghoul.

Kaneki’s world is filled with Ghouls, beings who eat humans, and they’ve been living among humans in secret. After surviving this attack he wakes up to realize that he himself has become a ghoul because of a surgery that implanted organs from the ghoul who attacked him. In order to live somewhat a normal life, Kaneki needs to eat human flesh to survive. Luckily he’s taken in by a group of ghouls at the cafe Anteiku, who help him reintegrate into society.

The manga already have inspired 2 anime seasons while a original anime season named Tokyo Ghoul√A. There are 2 Ovas and one live action. The final cour to anime is scheduled for October.