Even after a wildly unfortunate 2020, the following year 2021 did splendidly in terms of new anime series. Everyone got a little something for themselves. If you by any chance are parched for a bit of action anime, this list is for you. We present, top 10 action anime to watch in 2021. The list is of two halves with the first half containing the latest releases in the action realm and the second half focusing on the classics.

That Time I Got Reincarnated As A Slime Season 2

The first season of the series back in 2018 was not one that many were originally anticipating, as the premise of a man killed and reincarnated as a slime in a fantasy world is something that had been done in similar degrees before. But before long, this show won over plenty of fans with its use of charming characters and clever worldbuilding. The anime captivated audiences by highlighting the details of establishing a new nation, from politics and economics to the friends and enemies made along the way. Season two of Slime has continued to expand on these elements, and as Rimuru Tempest has grown in power, so have his adversaries. The action moments in this anime don’t just exist for the thrills, but often to highlight the diplomatic relationships between nations and their consequences.

Much like Haikyu was the first in its arena, depicting how incredibly lovely a sight it is to animate volleyball, Before this show was created, there had never been a skateboard anime. And considering how well the skateboarding works in animated form, it’s a bit surprising to hear that fact. Studio Bones has created a very unique and visually impressive premise about an underground skateboard racing organization. And if that premise isn’t already interesting enough, learning about real skateboarding moves and tricks makes for some of the most exciting action sequences that have come out this year. Everything about this show oozes style and passion, and fans of action or sports anime simply cannot afford to pass this one up. 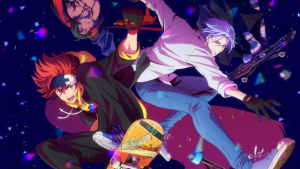 Initially, Shaman King was a Japanese manga series written and illustrated by Hiroyuki Takei, which then in 2001, this series received its own television anime adaptation with a total of 64 episodes until 2002. Then, in spring 2021, this series received the anime reboot that will be produced by Bridge Studio. The story in this anime follows the journey of a Shaman boy, who tries to hone his skills so he can become a Shaman King one day. Shamans themselves are extraordinary individuals who have the ability to communicate with ghosts, spirits, and even gods, which are basically invisible to normal people. The Shaman Fight is a tournament that is held every 500 years, which contains all Shaman around the world who gather and compete for the title of Shaman King, a title that shamans around the world want, with this title, the Shaman King can summon Great Spirit and shape the world as they wish. 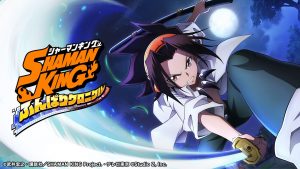 The announcement for the second season of a show that already had a complete ending was completely unexpected, let alone an original series that finished in 2018. What more could be said or explored? And it turns out that TMS Entertainment had a lot more in mind for Gearless Joe. The second season of Megalobox explored a darker, and thematically more mature side of Joe, as he wrestled with addiction, loss, and finding purpose in life. At the core of this anime, Nomad is one of the most earnestly written shows not just of this past year, but also in recent memory. Every minute of this show, from the action to the heartfelt drama, feels like a complete and satisfying journey. 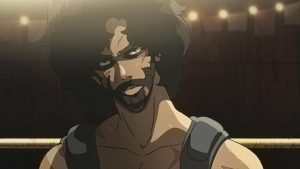 This anime is adapted from a Japanese manga series written and illustrated by Ken Wakui.   The story itself will follow the life of a young man named Takemichi Hanagaki, who one day is in the lowest point of his life. Just when he thought it couldn’t be worse, he learned that Hinata Tachibana, his ex-girlfriend, was killed by Tokyo’s Manji Gang. When he was contemplating his fate, out of nowhere, in a mysterious way, he made time travel, which in the end he returned to the past 12 years, when he was still in a relationship with Hinata. Realizing he could save the future Hinata who was killed, Takemichi finally decided to rewrite the future with his own hands and ways, then tried to save Hinata from the tragic fate. 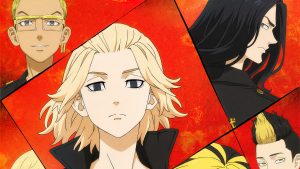 AND in case you were in the mood for something a little more aged, here are the fan favorites of classic action anime. 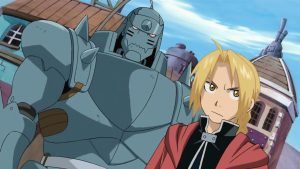 My Hero Academia is one of the most popular ongoing anime while the original manga has been published on the Weekly Shonen Jump since 2014. A young boy Izuku Midoriya and other Heros fight the Villains using their superpowers Quirks. My Hero Academia is also popular among international anime fans since the touch and atmosphere in the anime look like an American Superhero comic rather than Japanese anime. The show has returned with a 5th ever thrilling season this year. 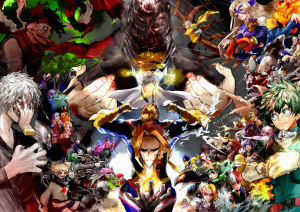 What is the most famous and top-selling ongoing manga and anime is One Piece, without a doubt. The first volume of the manga was published in 1997. There are now over 90 volumes sold around the world. The anime adaption began two years later after the first manga was released. Over 900 episodes have been aired since then. The whole story of One Piece can be divided into about 10 parts, and beginners can enjoy it even if they start anywhere.

It proceeds with the adventures of the main character Monkey D. Luffy and his crews in the pirates world. He sets sail on the sea in search of the ultimate treasure called “One Piece”. There are Devil Fruits in the world of One Piece, which grant a superpower to those who eat one while the fruits unable them to swim. Powerful fight scenes between the Devil Fruits eaters including Luffy are stunning. 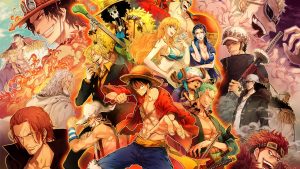 Naruto, the greatest anime with the theme of Ninja, was initially released as the Weekly Shonen Jump manga by Masashi Kishimoto in 1999. The anime Naruto series was completed in 2017 after no less than 15 years. Consisting of two titles: Naruto aired in 2002-2007 and Naruto: Shippuden aired in 2007-2017.

The setting of Naruto is the fictional world of Shinobi (Ninja). The ineffective boy Naruto is growing with the help of many friends and masters there. Naruto and other Ninja characters battle with various Ninja techniques using the chakra energy.

Many anime fans may pick out Naruto as the top of anime especially for foreign people, and it deserves it. Nevertheless, Naruto yields the top position to a certain new anime being released. 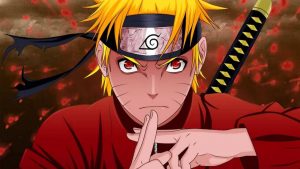 As one of the best action anime in recent years, Attack on Titan has to be listed. It was originally released as a manga in 2009, and the first season of the anime adaption was aired in 2013. In the story, humanity stands on the edge of extinction for being attacked by the titans. The main characters Eren Yeager and Mikasa Ackerman with the other Survey Corps members battle against the titans. Though its position as the best anime of all time is arguable, the series is very much the new fan favorite. The audience yet waits for part 2 of the final season. 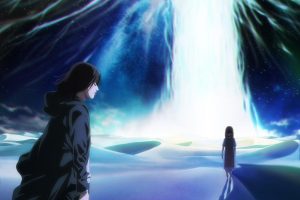