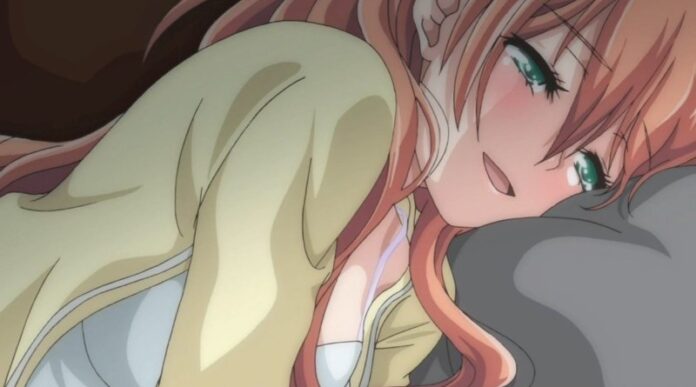 This article contains the list of Top 10 Ecchi Anime to watch in 2021. Ecchi anime is usually lewd in content, so a somewhat mature audience is required for it. Ecchi is basically the best anime genre for higher-aged teens. It includes excessive romance and fantasy genres. Keep reading to find out which are the Top 10 Ecchi Animes to watch in 2021.

10. Peter Grill and the Philosopher’s Time 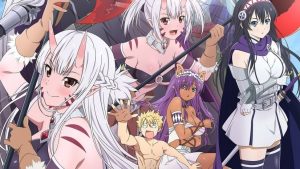 Peter Grill and the Philosopher’s Time is a Japanese fantasy manga series by Daisuke Hiyama. In an international fighting tournament, Brave Swordsmen’s Guild warrior Peter Grill emerged victoriously and has been crowned the strongest man in the world. The Guildmaster’s obsession with his own daughter drives him to end Luvelia’s relationship, while Peter tries to hide his new lovers from both of them. 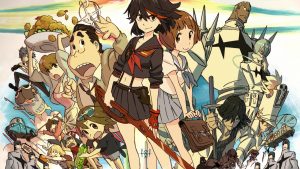 Taking the ninth spot on the Top 10 Ecchi anime to watch in 2021 list is Kill la Kill. Ryuko Matoi, a schoolgirl who searches for her father’s murderer, comes into conflict with Satsuki Kiryuin, the strong-willed president of Honnouji Academy’s student council, and her mother’s fashion empire. Ryuko Satsuki and others acquire martial arts powers from their clothes, which seem to have a mind of their own.

8. Highschool of the Dead 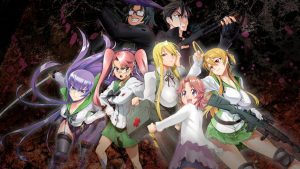 Highschool of the Dead, known in Japan as Apocalyptic Academy: Highschool of the Dead is written by Daisuke Satō and illustrated by Shōji Satō. The story begins when a deadly pandemic strikes modern-day Japan, turning people into zombies – euphemistically called “Them” by the main characters. During a worldwide catastrophic event known as the “Outbreak,” a group of high school students and the school’s nurse must deal with the crisis. 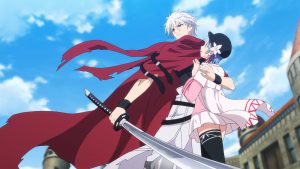 Taking the seventh spot on the Top 10 Ecchi Anime to watch in 2021. Plunderer is written and illustrated by Suu Minazuki. In a post-apocalyptic world ruled by numbers, every human being has a “Count” imprinted on their bodies that defines any number that is meaningful. In contrast, if this Count decreases to zero, the person will be dragged into “the abyss”, and will be forever dead. 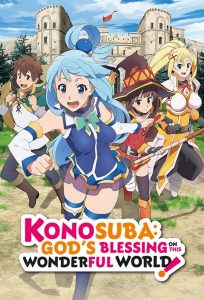 On the sixth spot, we have Konosuba: God’s Blessing on This Wonderful World. It is written by Natsume Akatsuki. The plot revolves around Kazuma Satō, a boy who is sent to a fantasy world with MMORPG elements following his death, where he forms a chaotic rogue party with a goddess, an archwizard, and a crusader. 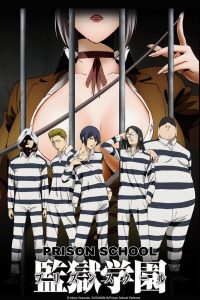 In the fifth place, we have Prison School. Prison School is written and illustrated by Akira Hiramoto. Hachimitsu Academy, which was once a school for only girls has now become a mixed school. The teenager Kiyoshi is one among the five boys to enroll at this school. After being caught peeping, Kiyoshi is sent to the school prison, where his punishment is administered. 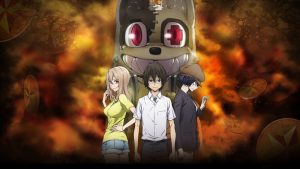 Taking the fourth spot on Top 10 Ecchi anime to watch in 2021 is Gleipnir. Gleipnir is written and illustrated by Sun Takeda. Shuichi Kagaya is a high school student with an unusual secret. His ability to transform into a monster looks like a giant dog mascot costume with a zipper down the back and a cartoonish smile. After saving a mysterious girl, Claire Aoki, from a warehouse fire, they join each other to look for Claire’s older sister, who is presumed to be responsible for the death of their parents. 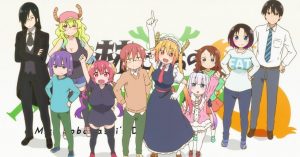 Taking the third spot on the Top 10 Ecchi Anime to watch in 2021 list is Miss Kobayashi’s Dragon Maid. It is written and illustrated by Coolkyousinnjya. Kobayashi, who is an office worker, is greeted by a big dragon outside her front door. Tohru, the dragon, instantly transforms into a maid outfit and introduces herself as a young woman. On a drunken excursion into the mountains the night before, Kobayashi had encountered a dragon claiming to come from another world. Kobayashi subsequently removed the holy sword from Tohru’s back, earning her gratitude. Kobayashi, seeing that Tohru has nowhere to stay, offers Tohru a place to stay at her house as her personal maid, and the dragon accepts. 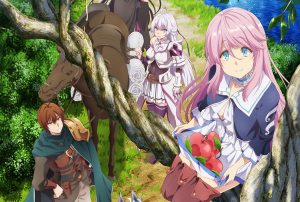 Redo of Healer also known in Japan as Kaiyari for short, is written by Rui Tsukiyo and illustrated by Shiokonbu. As a healing magician repeatedly exploited and abused by others, Keyaru notices more than just his magic and becomes convinced that healing magicians are the strongest class in the world. By the time he realizes his own potential, he is already deprived of everything. Thus, he uses his healing magic, enhanced by the magic enhancing properties of the Philosopher Stone on the world itself, to go back four years in time, to avenge himself on those who abused him. 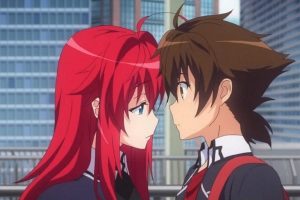 Taking the top spot on the Top 10 Ecchi Anime to watch in 2021 is High School DxD. It is written by Ichiei Ishibumi and illustrated by Miyama-Zero. The story centers on Issei Hyodo, a perverted high school student from Kuoh Academy who desires to be a harem king and is killed by his first date, revealed to be a fallen angel but is later revived as a devil by the red-haired devil princess Rias Gremory to serve her and her devil family. As Issei’s relationship with Rias deepens, it threatens the angels, fallen angels, and devils.

Thank you for reading our list on Top 10 Ecchi Anime to watch in 2021 to add excitement in your life!. Head over to Omnitos to know more about anime news, release dates, and articles.