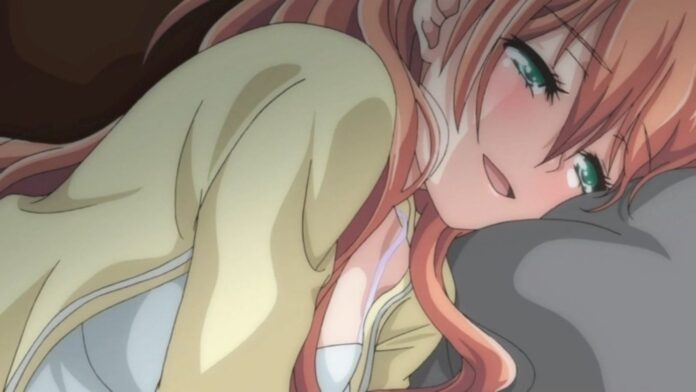 It has been 3 months since 2020 has started and for most of us it has been a terrible year right off the start and only God knows what’s gonna happen in the coming months. So we have prepared a list of best of the top ecchi anime filled with juicy fanservice coming out in 2020 so even if you are going down if you will pass to heaven peacefully.

Surrounded by all the controversies including Funimation and Japanese Tv channels canceling the broadcast and how far it went with its content Interspecies Reviewers truly is one the best ecchi anime.

Yen Press which is publishing the English release describes the series as:
Beauty truly is in the eye of the beholder! From elves to succubi to cyclopes and more, the Yoruno Gloss reviewers are here to rate the red-light delights of all manner of monster girls…The only thing is, they can never agree on which species are the hottest!

The battle action anime series by Studio Geektoys is filled with amazing battles, twists and turns and of course FANSERVICE!!

“It’s the year 305 of the Alcian calendar, and the world is controlled by numbers. Every human born is branded with a “Count,” which could mean anything from the number of kilometers walked to the number of people who have said your food is tasty. And if your Count drops to 0… you’ll be sent into the Abyss! After Hina’s mother’s Count dropped to 0, her last request is for Hina to look for the Legendary Red Baron.”

Spring is called the season of beginnings but food Wars will be the end its years-long journey in the coming month with its Season 5.

Soma and company will return for 5th and last season after a time skip to face if against the enemy Asashi.

Monster Girls and Nurses?? Looks like we have a new have found a new religion boy. Monster Musume no Oisha-san by ARVO Animation is coming out in July 2020 which is sure to offer some fulfilling ecchi content.

In the town of Lindworm where monsters and humans coexist, Dr. Glenn runs an exemplary medical clinic for monster girls with his lamia assistant, Sapphee. Whether receiving a marriage proposal by a centaur injured in battle, palpating the injury of a mermaid, or suturing the delicate wounds of a flesh golem, Dr. Glenn performs his job with grace and confidence. But when an unsavory character seeks to steal a harpy egg, how will the unflappable Dr. Glenn respond…?

Peter Grill to Kenja no Jikan

Release date: July 2020
The story centers on the titular protagonist, the adventurer Peter Grill, the “strongest man in the world.” While he has a girlfriend named Luvilia who he swore to spend the rest of his life with, Luvilia still believes that babies are delivered by storks, and in the two years since their relationship began, Peter and Luvilia have not progressed beyond holding hands. In the meantime, various other women, such as two ogre twins and an elf, all want him so that they can bear strong children. Peter has to avoid all manner of temptation and plots, all while feeling guilty toward Luvilia.

Cute anime girls saving the world from libido devouring monsters using the power of ecchi and ero, surely speaks volumes how good it is gonna be.

Mouth fang, poker attitude and this much stacked?? It sounds like we have the best girl candidate here.
Sakurai Shinichi’s one wish is for a little peace and quiet. But Uzaki Hana–his boisterous, well-endowed underclassman–has other plans. All she wants is to hang out and poke fun at him. With the help of her chipper charm and peppy persistence, this might just be the start of a beautiful relationship!

Strike Witches is back with this time taking the battle in Berlin. David Production is animating the new Tv anime for October 2020 release.

If you are unfamiliar with the Strike Witches Franchise, the series takes place in 1939 when the Neuroi appeared. Nobody knows where they came from or what their ultimate agenda is, but the fact remains that their attacks drove people out of their towns and cities.

In order to take arms against them, humanity develops a new anti-Neuroi weapon called the Striker Unit. Using the power of magic to fight against the monsters, this new device enhances and amplifies the power of female magic-wielders.

To use this device, young witches from all over the world have been brought together to form an elite task force unit called the 501st Joint Fighter Wing, commonly known as the Strike Witches.