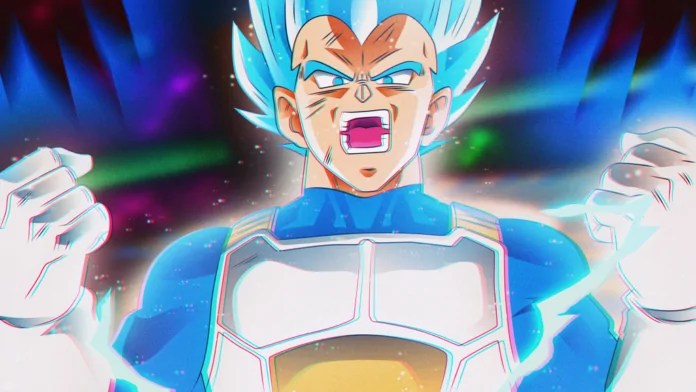 Hey there, I am back with a new blog. If you are an active guy in DBS fandom then you must have come across the spoilers for episode 112-114 and as the preview is also out we got a big news for you all! Vegeta is going help someone unexpected. Hit of Universe 6 has been eliminated.

Thanks to Kenxyro for the translations, let’s have a look at the spoilers for episode 112 compile of translations form Herms98/Kenxyro. Vegeta will surely win hearts this time and become the real prince of the Dragon Ball! 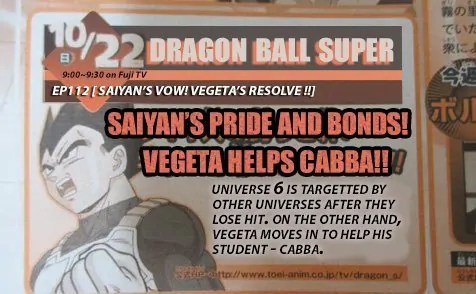 The Tournament of Power is nearing its end. Universe 6 is targeted by other universes after they lose Hit. Though Cabba is fighting for the sake of Universe 6, he is having a tough battle against the super high-speed tackles of Universe 4’s Monna. However, Cabba has blown away only to be rescued by Vegeta at the last moment. Vegeta, as Cabba’s Master, tells him to fight with no regret. 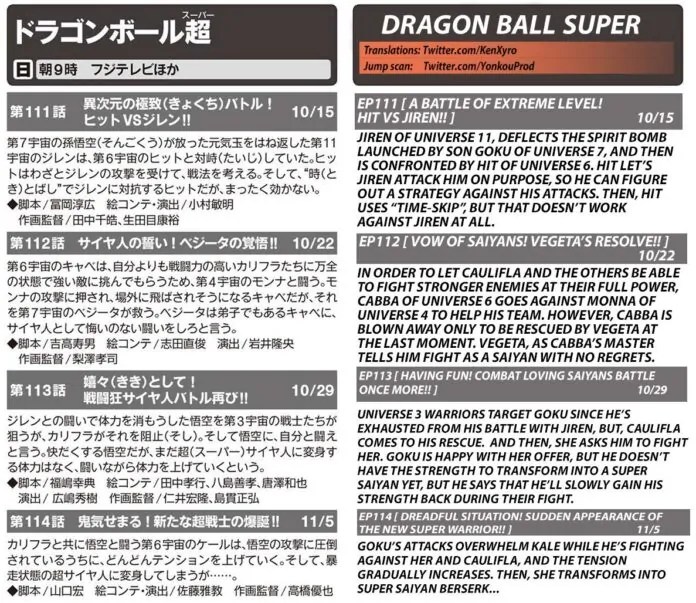 Yeah, unexpected though. His master is going to help him. As spoilers suggest the young Saiyan is going to show us some action. After losing Hit universe 6’s most powerful warrior, they will be attacked by other enemies and the Young Saiyan is going up against Monna. Pushed by Monna’s attack, Cabba is almost knocked out of bounds but at last moments his master Vegeta came to rescue him. Vegeta will surely win hearts this time! 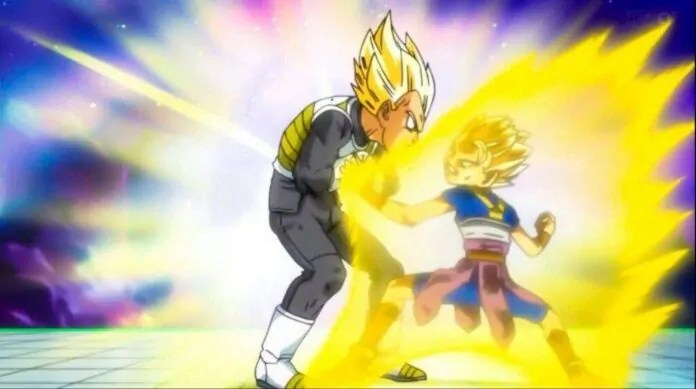 The prince will come out to help his disciple despite they are from different teams and dropping away from his pride! Despite Vegeta’s emotionless look, he has shown his love towards his children and Wife – and Cabba who has caught the interest of Vegeta after the last fight between them at U7 VS U6 tournament. They may be an enemy in the tournament but Vegeta cares for the Saiyan blood! 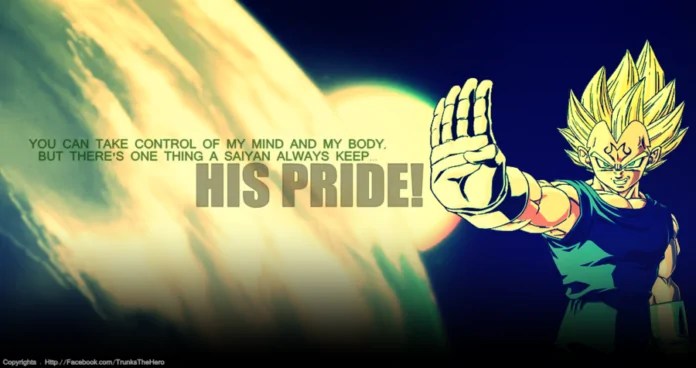 “All Might: Rising” reveals first teaser, trailer look at OVA