Since its creation, the village has been in lots of war that was attacked a lot by the different enemy, but also it has enjoyed many years of relative peace and stability.
Reasons for attacks was the desire for revenge and to be ruled by rough Ninja.

During the Warring States Period, ninja were organised into small mercenary clans that knew nothing but battle. The two strongest of these clans were the Senju and the Uchiha, who had warred against each other for their entire histories. Eventually, intending to end the countless bloodshed, Hashirama Senju used his position as leader of his clan to create a truce with the Uchiha clan. The Senju, the Uchiha, and their affiliated clans formed the first shinobi village: Konohagakure — a name invented by Madara himself. Other villages would soon start being formed following Konoha’s example, ending the Warring States Period. 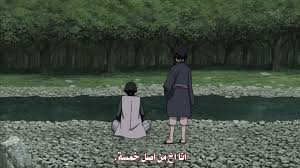 Before its creation, there were two strongest clans: the Senju and the Uchiha, who had warred against each other for ages.But being friends Hashirama with Madara the war between clans didn’t last for long.

Their dream to create a village, where will be peace between clans and to live in harmony became true.Hashirama always wanted Madara to be the first Hokage to protect and represent the Village.

But that didn’t happen because Hashirama couldn’t make the final decision.
So the final decision for Hokage was chosen Hashirama.But even that Hashirama became Hokage he didn’t name “The Village Hidden in the Leaves” but the one who named was Madara Uchiha he name when Hashirama asked him if he has any thoughts about the name of the village.

The idea of naming “Village Hidden in the Leaves” was when Madara had a leave on his hand with a hole in it and he looked the village from that hole and he saw that the village was surrounded by Tree Leaves so he named that way.

Whose idea was to put the faces of Hokage on the stone?

This was Hashirama’s idea because he thought that Hokage will be busier when the village grows bigger so he wanted to have Hokages likeness carved into the cliff as a symbol of the Village protector.

Would that be better if Madara became the Hokage? What do you think would have happened! Comment your thoughts…