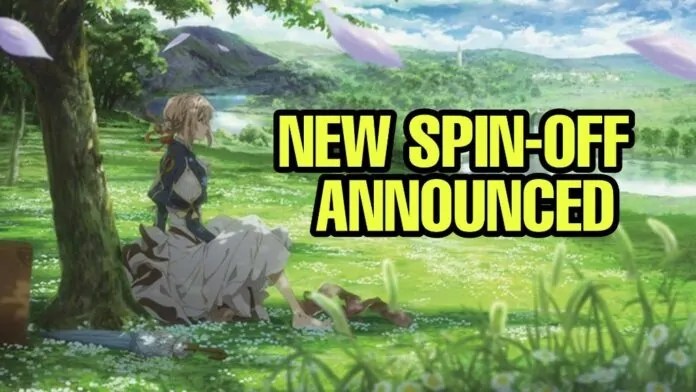 The coming anime is titled as Violet Evergarden Side-Story: Eternity and the Auto Memories Doll which tells an “another story” and will be screened in theaters for two weeks starting from September,6th 2019.

Going by its name the movie seems to adopt the second chapter of third light novel-Violet Evergarden Gaiden. Also, it is assumed to be a recap or be used to bridge the anime series and the upcoming movie. Haruka Fujita, the series director for television anime series will return to direct the anime.

Written by Kana Akatsuki and illustrated by Akiko Takase,Violet Evergarden focuses on Violet’s journey of reintegrating back into society after the war is over and her search for her life’s purpose now that she is no longer a soldier in order to understand the last words her major, Gilbert, had told her: “I love you.”

A 13-episode anime adaptation by Kyoto Animation aired during Winter 2018. An anime original episode released in July 2018 is also available on Netflix. A spin-off will release in September 2019. In addition to anime series, a sequel anime movie will open January 2020.

You can stream the anime series on Netflix including the TV anime and the original Episode.