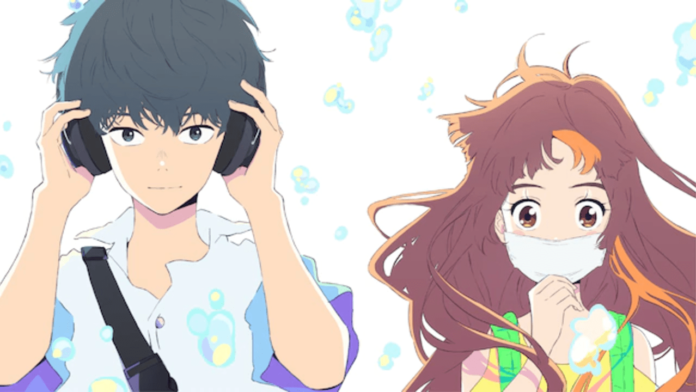 The movie has been delayed by more than a year, but this is for the best. Safety and assurance come first before the fan’s wants. You might be wondering how can the cast keep things a secret for so long without giving away any major spoilers. You would be surprised to know what the director himself has planned out for this situation.

Kyōhei himself has planned to start a youtube channel discussing the BTS of the making of the anime. He wants to make the wait as fun as possible without giving away too much content from the movie. Check out his latest video from his YouTube Channel down below.

The team that is worked for the Words Bubble Up Like Soda Pop Anime Movie is just insane. The movie marks the 10 year anniversary of Flying Dog. The Director is none other than Kyōhei Ishiguro who is known for his spectacular work in ‘Your Lie in April’. Dai Sato was the person in charge of the screenplay and is also famous for his work in the classic anime – Cowboy Bebop. The character designing has been done by Yukiko Aikei who made us fall in love with her work in ‘Your Lie in April’. And last but not least the scoring of music is done by Kensuke Ushio who gave us one of the best OST of all time in ‘A Silent Voice’.

Kensuke Ushio gave us goosebumps with his music during this scene.

About the Anime Movie 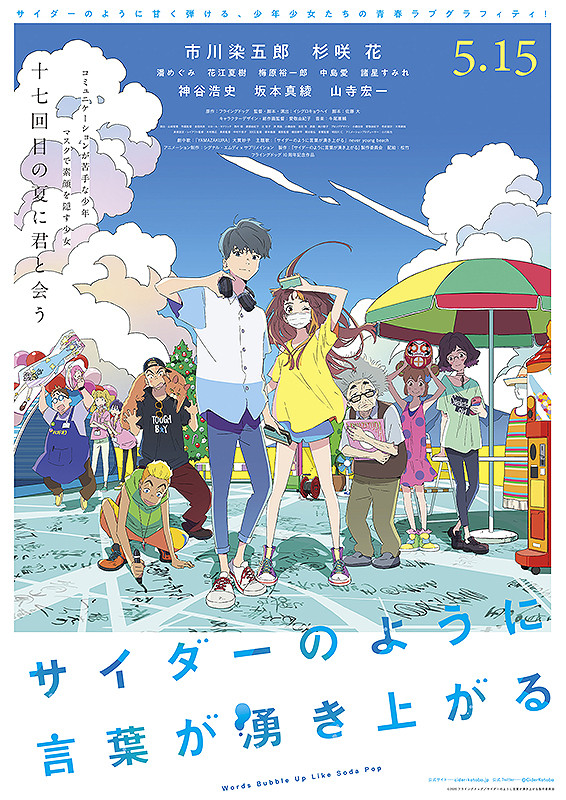 The story revolves around Cherry and Smile. Cherry is an extremely introverted boy who refuses to be seen by society and wears headphones to prevent human interactions. He is a delusional boy who is bad at communicating and portrays his emotions by writing traditional Japanese poems. Whereas Smile is a girl who wears braces and feels insecure about it. She wears a mask constantly every time she goes out in order to cover the fact that she wears braces.

As events pass by, their relationship gets stronger, and love spurts among the two youngsters. This anime movie surely has a lot of potential and has gotten fans eagerly waiting for its release. The artwork in Words Bubble Up Like Soda Pop is very unique and deserves a lot of appreciation. Let us hope the next few months pass by without a hassle and the movie releases without any problems.