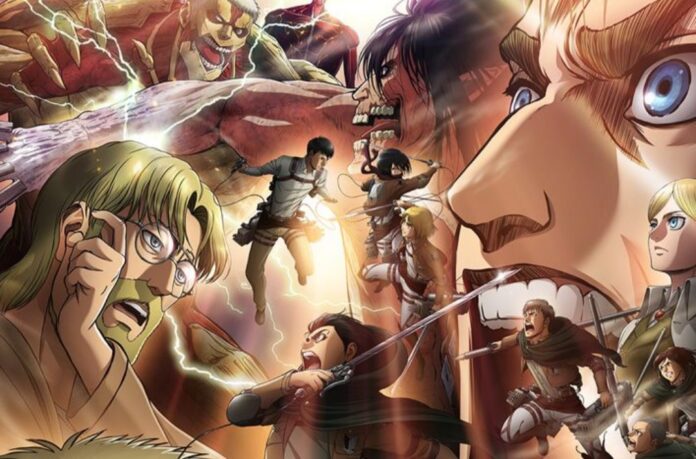 It was the year 2013 and the anime world was hit by a massive wave. It was during this year’s gear when Attack on Titan came from nowhere and took the entire world by storm. Everyone was watching the G.O.A.T anime that is AOT.

From anime veterans to people who’d never even watched a single anime in their lives, AOT somehow reached everyone’s radar.

In this article, you will learn why Attack on Titan is G.O.A.T.

Attack on Titan (G.O.A.T): A Masterpiece! 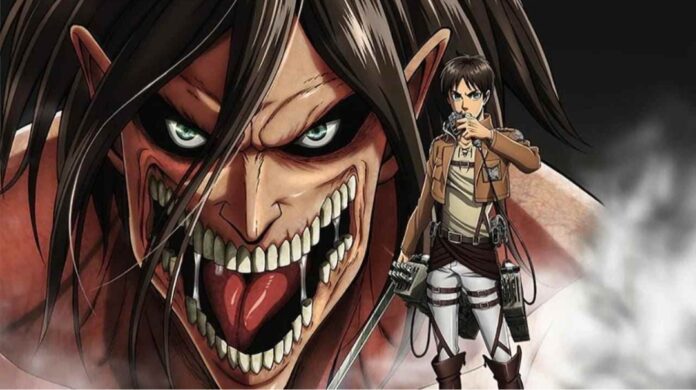 It was one of the biggest and most notable periods in time, in which anime had finally reached international acclaim and praise.

Even to this day, the only show that has come close to that level of popularity is AOT. Certainly, Attack on Titan is G.O.A.T. People were excited and hyped with a premise that was easy for anyone to get into with animation that was dynamic & fluid.

One of the biggest highlights of season one is its opening episodes. Right off the bat, it grips you into its simple yet incredibly intriguing premise. Mankind versus titans, a world in which humans simply cattle live a life of kill or be killed.

Moreover, immortality is very real and at any moment they may lose their life. The citizens lack resources, land, and information. But even so that live, until one day the walls breach and all come to ruin.

Death is everywhere and humanity is powerless to do anything. But amongst all the despair that exists, there’s still hope, a hope for ‘Freedom.’ This is what makes Attack on Titan G.O.A.T!

However, that ray of light is extremely dim and so the story unfolds in a manner that conveys the idea that anything can happen on the battlefield.

The fights are a spectacle and the action itself is chaotically stunning, filled to the brim with so much life & energy that guarantee your wiggling and excitement like a kid having a seizure.

The mystery is brought to light and put into the presence of our minds. Further, slowly as the events unfold, small seeds are planted throughout to have a major revelation later on.

At the time we are clueless as to what any of these plot threats mean or will lead to. But they are there, they exist and they undeniably have a purpose. This makes the anime Attack on Titan G.O.A.T.

…with that setup, Season 2 Premieres!

During this season, AOT slows the pacing and drastically changes the way it told its narrative. Instead of just providing those hype-inducing moments, it decides to focus more on its characters. You finally take a breather and properly invest yourself in both the characters as well as the overarching story.

It builds something but the bigger picture is impossible to visualize. Even though the close is laid out in front of you, it isn’t enough to complete the puzzle. Give me a better reason not to call the anime G.O.A.T?

With the foundation laid out, AOT set out to tell the epic that it wanted to tell since the very beginning. At this point, cracks and greatness start to shine.

What Lies Ahead In Season 3

Once again AOT’s approach to telling its narrative shifts. The story changes from a simplistic battle of good versus evil to one shrouded in shades of grey.

Attack on Titan, the greatest anime of all time is currently streaming on Netflix. However, all four seasons are currently available in countries like Thailand and Italy.

So, I’d recommend you to watch your favorite show on Crunchyroll and Funimation. These are some popular streaming sites with some pretty good subtitles.

Also Read: Netflix dropped all the five episodes of The Way of the Househusband!

One of the biggest reasons why Attack on Titan is G.O.A.T is that the story is something no one can or will be able to predict. With that being said, the show is blessed with a grand story, action, emotions, opinions, and mere humans.

AOT started in small beginnings but has grown itself into something much larger and greater. After AOT season 4 part 2, you will witness the creation of a modern masterpiece before your very eyes.

An epic that only you will experience and see. Also, you’ll see the show come to an end firsthand a legend that could, and most likely go down in history!

Thanks for reading “Attack on Titan is G.O.A.T! Here’s What You Need To Know.” For more latest updates & news, stay tuned to us!