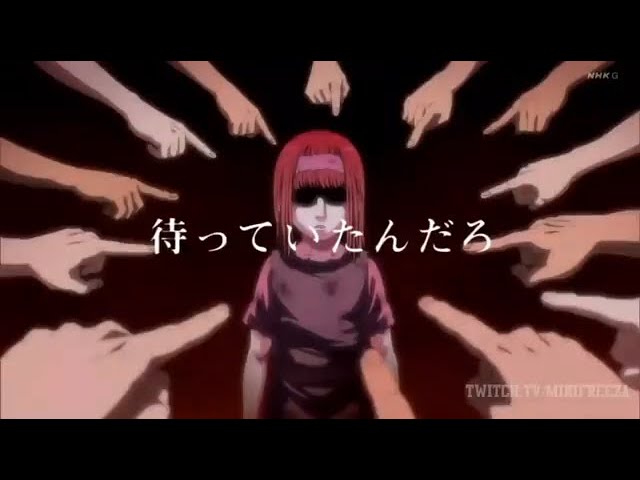 It was the year 2013 and the anime world was hit by a massive wave. It was during this year when Attack on Titan came from nowhere and took the entire world by storm. Everyone was watching the greatness that is AOT. From anime veterans to people who’d never even watched a single anime in their lives, AOT somehow reached everyone’s radar. Now that season 4 has come to an end, fans are expecting Attack on Titan Final Season Part 2.

It was one of the biggest & most notable periods in time, in which anime had finally reached international acclaim & praise. Even to this day, the only show that has come close to that level of popularity is AOT. People were excited & hyped with a premise that was easy for anyone to get into with animation that was dynamic & fluid.

With high expectations and hopes, fans are expecting a justifiable ending since things in the 16th episode of AOT had spiced up! The fans are in anticipation of the official announcement to be made by the MAPPA studio. Is it going to be Attack on Titan Final Season Part 2 or Attack on Titan The Movie? So, with that extremely long intro out of the way, let’s get into it!

Note: No spoilers are involved in this article. 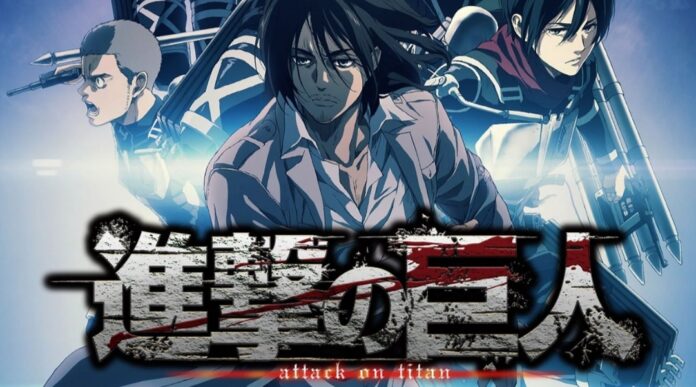 AOT Season 4 Episode 16: ‘Above and Beyond’ Synopsis

The last episode of Attack on Titan Episode 16 kicks off with the aftermath of Zeke Jaeger blowing himself up and the Jaeger’s members have taken notice of the explosion and head towards his direction. We can see Zeke with half of his body left, fading in and out of consciousness while saying that he is going to die. While his vision starts to fade, he sees a small girl with a bucket in her hand looking back at him.

While Zeke seems to be finished & down for the count, we see one of the titans that we saw him escaping him from Levi two episodes ago, coming to his aid. We clearly saw this titan getting ripped to shred by Zeke to be used as ammunition against Levi. One of the titan corpses was moving while Zeke and Levi’s fight and the same titan comes back for Zeke, ripped open his belly, and put his damaged body inside.

We then return to Shingashino, and we see the military police giving black armbands to those who’d ingested Zeke’s spinal fluid. The tragic truth becoming evident to the military members when they all simultaneously felt a shock as a result of the extreme. But taking measures to identify all of those affected as they could all become titans at moment. We then see the commander and the others yelling at the discussion over the table.

Long story short, Pixis is disappointed by the betrayal from Yelena and even members of the Paradis military. However, due to the situation with the spinal fluid, the military takes refuge in Shiganshino since there’s nothing they can do about the issue at hand. They have no choice but to let Zeke and his followers carry out his plan.

Next, we have the members of the Levi squad in Sasha’s family being detained inside the cell. Despite their doubts about Eren mainly coming from Connie, the others believe that Eren wouldn’t have acted that way towards Armin and Mikasa without a reason.

To summarize the next part of the episode, Yelena explains to the Levi squad members Zeke’s true plan, ‘The Euthanization Plan.’ Yelena believes that Zeke and Eren will be the ones to save the world. Once the plan is executed, they just have to maintain the Founding Titan and the royal family. This is to prevent the world’s interference with Paradis from rumbling until there are no more Eldians left in the world. 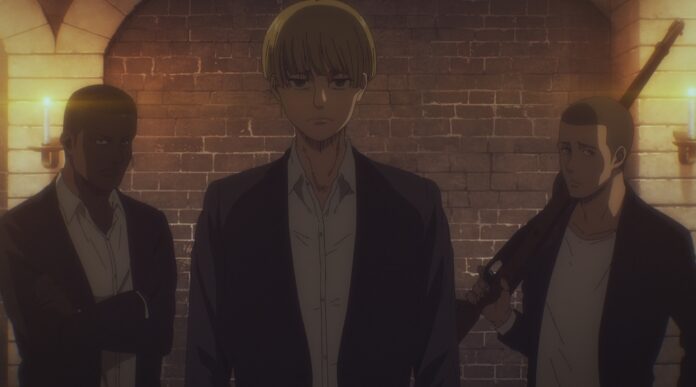 We then cut to Gabi in her prison cell, and despite all the hate Gabi’s going in the series so far, she is thinking back to the pain the Braus family’s in. She says that they were devils and that she doesn’t understand. Things don’t get easier for Gabi as Erin himself asks her to put out a signal to flush out any Marleyian and infiltrators. The fear of Eren for Gabi gets worse as Pieck kills the officer accompanying Eren and then holds him at gunpoint.

Marley has finally made their move, we were made that Pieck managed to infiltrate Paradis a few episodes back. But in a short amount of time, they’ve managed to already breach the military and get this close to Eren. After setting Gabi gunpoint at Eren, we have this confrontation between Eren and Pieck. You could say, this is the best part of the entire episode of the finale.

Eren instantly put her in her place by putting his head to the gun saying, she doesn’t have any permission to kill the founding titan. Eren was completely unfazed by her threats and it was amazing to see.

After realizing the situation that she’s in, Pieck reveals her true intentions to liberate the Eldians and destroy Marley. She says she is willing to help Eren no matter what she has to do, which wasn’t staying well with Gabi. Since another person she trusted is defecting right in front of her.

Eren then tells Pieck to prove that she’s on his side and Pieck says if they go to the roof, she’ll point out all of her allies’ hiding spots. With the final part of the episode, we have Erin, Pieck, and Gabi surrounded by the military, Jaegar, and the anti-Marlyian volunteers.

Eren asks Pieck where the enemy is, while he prepares himself to transform into a titan any moment. Pieck then points in Eren’s direction and Galliard bursts out the ground behind Eren’s leg off and Eren transforms getting ready to fight.

We see right now the Marlyian forces in the sky arrive into the battle! With that, we come to the end of episode 16 Attack on Titan Final Season Part 1.

Attack on Titan Final Season Part 2 is the most hyped & anticipated at the moment. However, the story so far has left the fans in anticipation. There are so many questions and theories that are yet to be answered or explained. Some of them are listed below.

Check out the Attack on Titan Final Season Part 2 trailer!

The final episode of the final season of AOT, “Above & Below” aired on Sunday, 28th March. It came with an announcement that the Attack on Titan Final Season Part 2 Episode 17 is coming this winter 2022. It basically means anywhere between December and early next year or rematch.

For those people that thought it was going to be a movie, part 2 is confirmed! We will be getting Attack on Titan Final Season Part 2 to wrap things up. They probably may make a recap movie, how they did with the first part of AOT. Not to mention, the final arc of AOT itself in the manga feels like a movie! 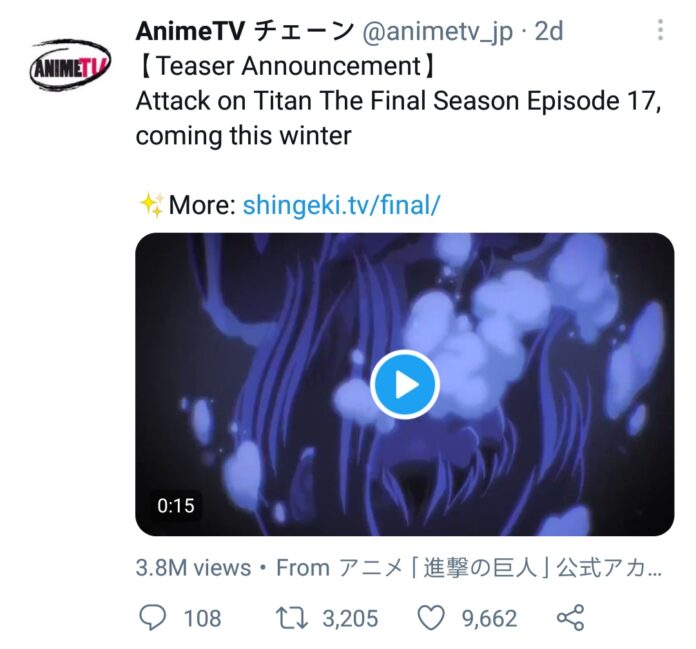 The decision to make a second-half to AOT Final Season is a much better choice than a movie. According to the manga readers, there is so much story still left to cover from the AOT manga.

Though, a decent film would be potential enough to finish off the popular show. But, a series of new episodes would give deserving attention to the show Attack on Titan Final Season 2!

I’d recommend you to watch Crunchyroll, Funimation, or Hulu. These are some good streaming services with some pretty good subtitles.

Also, in a few countries Attack on Titan anime is streaming on sites like AnimeLab.

Attack on Titan streaming on Netflix? 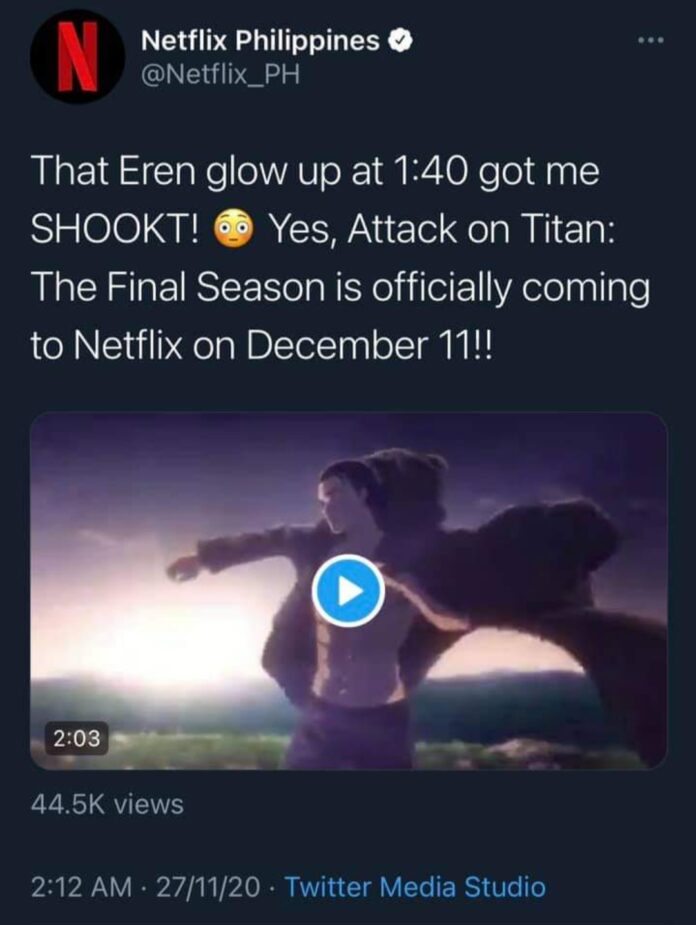 This was then re-tweeted by the main Netflix Twitter accounts. This led to many fans assuming that the anime would premiere on all different international Netflix services. Media sources like HITC also were a part of this assumption.

Unfortunately, it appears that Attack on Titan Season 4 will only release on specific Netflix platforms. It is also confirmed that in neither countries like the US and UK the popular show will release.

However, all four seasons of AOT are currently available on Netflix in Thailand & Italy. Connect to the server where AOT is available and start watching! So, there is a possibility that the hit anime could be released on European services first.

AOT: WIT or MAPPA, Who did it better?

Mappa and Wit Studios are better in many ways. With Studio surpasses Mappa in coloring while Mappa Studio surpasses Wit in art style. Both are astonishingly good! Both the studios put in all their efforts in animating, so we should appreciate it.

Since Attack on Titan Final Season has released, fans have been arguing which studio did the best. When it comes to animation, the show does its part. Having the studio change gave some fans a change and something interesting. 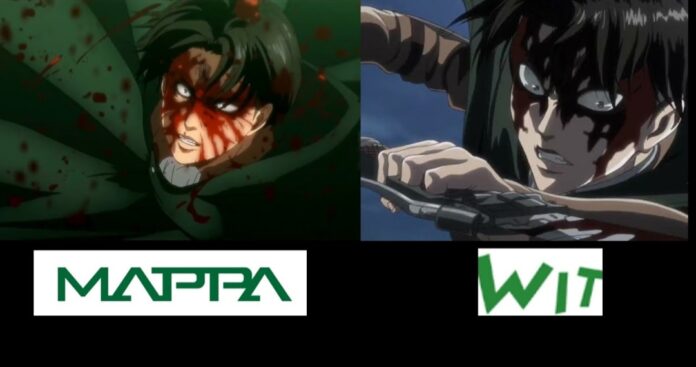 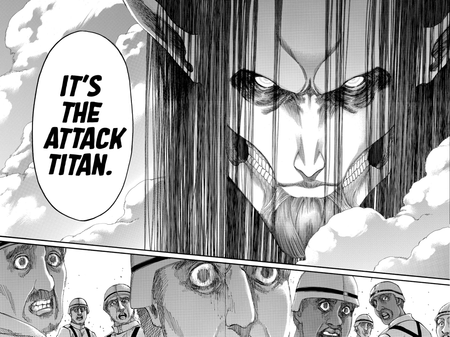 The Attack on Titan manga is going to end in 2021. The final installment of the manga is set to hit Japanese stores on April 9, 2021.

Kodansha Comics, the publisher behind the popular manga announced in January 2021, that the story on the pages of the manga will end in April 2021. After 11 years & 7 months of serialization, it will mark the end of Attack on Titan.

Shingeki no Kyojin: About the Anime 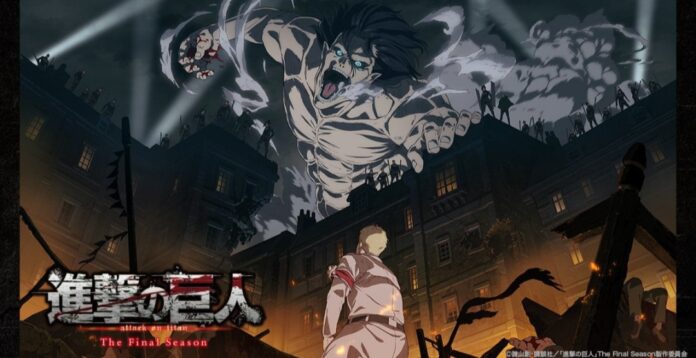 Attack on Titan aka Shingeki no Kyojin has one of the best openings of anime of all time. Right off the bat, it grips you into its simple yet incredibly intriguing premise. Mankind versus titans, a world in which humans simply cattle living a life of kill or be killed.

Immortality is very real and at any moment they may lose their life. They lack resources, land & information but even so they live, until one day the walls are breached and all come to ruin. Death is everywhere & humanity is powerless to do anything. But amongst all the despair that exists, there’s still hope, a hope for ‘Freedom.’

AOT is blessed with a grand story, action, emotions, opinions, and mere humans. AOT started in small beginnings but has grown itself into something much larger & greater.

After the passing of multiple years, you will witness the creation of a modern masterpiece before your very eyes. An epic that only you will experience & come to see a legend that could, and most likely will go down to history!