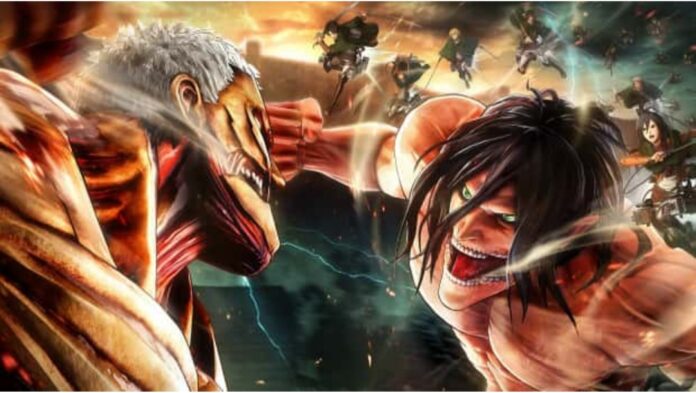 Attack on Titan Manga’s Magazine To Issue A Reprint: News

One of the most popular manga series Attack on Titan’s 34th and final volume will ship on 9 June 2021. Bessatsu Shonen Magazine’s latest issue is reported to sold-out and to get its second reprint. It’s the final chapter of the Attack on Titan manga for you! 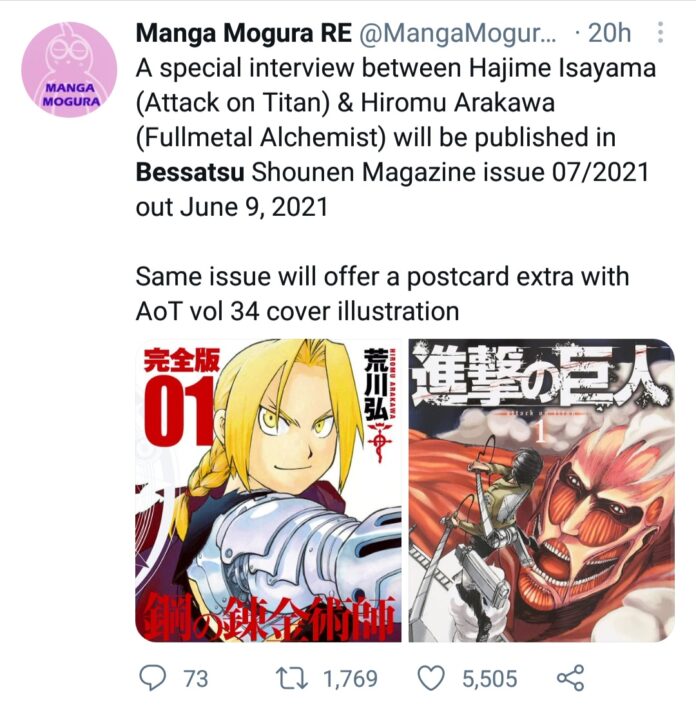 Although the May issue of Kodansha’s Bessatsu Shonen Magazine has recently published the final chapter on April 9, it’s almost sold out before even a week passed. The manga’s editor reported that they are getting an urgent second printing due to the issue’s non-stop selling out in stores.

The Attack on Titan manga paved its way for an anime adaption which debuted in the Bessatsu Shonen Magazine on 9 September 2009. The anime adaption’s first season premiered on 7 April 2013.

The new print run is expected to arrive on shelves throughout Japan on 30 April 2021.  The 34th and the final volume of the manga will be released on 9 June 2021 in Japan.

Although, there is still no word as to when the Attack on Titan manga volume will be released in English.

Isayama first launched Attack on Titan manga in Kodansha’s Bessatsu Shonen magazine back in 2008. Kodansha Comics has been publishing the manga in English digitally and in print.

It is not that more than 100 million copies were sold worldwide. The manga has also inspired:

Isyama Hajime’s AOT: To End After Its 12 Years of Serialization

The Attack on Titan manga is slated to be completed on April 9, 2021. This concludes the story of Eren Jaeger and his search for revenge and freedom and ends the manga’s serialization after 11 years and 5 months.

The Attack on Titan manga’s finale chapter was reported to been submitted by Isayama Hajime on 30 March, the birthday of Eren Jaeger. A really long part of fans’ life is almost getting to its end at the end of the day. Well, every beauty has to come to an end as a matter of fact.

The Japan Magazine Publishers Association revealed that from October to December 2020, Bessatsu Shonen Magazine had about 48,667 copies serialized each month. Later, it was announced that the Attack on Titan is a massive success in Japan that it has won awards such as the Kodansha Manga Award, Harvey Award, and the Micheluzzi Award.

As of yet, there was a high demand for Bessatsu Shonen Magazine for featuring Attack on Titan Manga’s final chapter.

Fans Reaction Towards The Final Chapter

Fans who have read Attack on Titan’s finale chapter were hysterical. Especially those who have been following the manga on its almost twelve-year run. And those who haven’t yet, you can read your favorite manga on VIZ Media.

Some have mixed opinions on the ending, saying that there has been an announcement so far regarding this possibility. Also, some were not satisfied with the sad ending. It’s understandable as it’s natural to expect a happy ending. 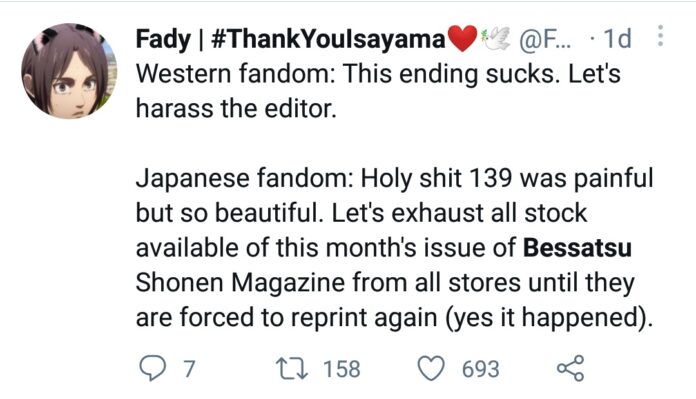 However, most of the fans seem to be curious and love it; hence the Attack on Titan manga’s magazine issue to reprint occurred. Furthermore, with many of the characters’ fate unknown, leaving the readers to question whether or not their favorite character/s were alive or not.

So, considering all the effects Attack on Titan has and what it has been providing to its fans for so long, it’s no shocker that the Attack on Titan manga’s finale chapter issue to reprint happened. No wonder, the manga’s being sold out already!

On the other side,  many of you know that also the anime series Attack on Titan is near to its final as well. The beloved anime concluded its final season’s part 1 on 29 March 2021 with 16 episodes.

It is the series 75th episode overall. And just the day before Episode 16 released, a new promo has been released. Moreover, they announced that Attack on Titan: The Final Season Part 2 will return in winter 2022.

Thanks for reading “Attack on Titan Manga’s Final Chapter Leads Magazine To Issue A Reprint In Japan!” For more latest updates & news, stay tuned to us!