Have a look at the visual below. 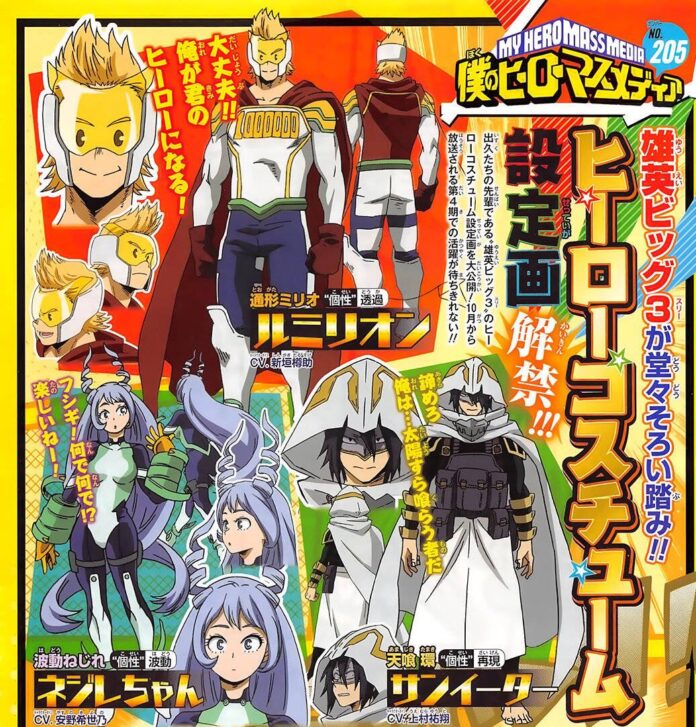 The season 3 ended only showing Mirio’s quirk and left fans wondering how they look in their hero costumes. The new Visual do put on the light on the matter but left us wondering what sort to quirk the two other possess.

The season 4 will start airing during the fall of 2019. Funimation confirmed to stream the sub and dub of it.

The season 4 will start with Internship Arc where Class 1-A learn about Hero Internships, which deals with being mentored by a real Hero where real experience can be gained.

About Boku no Hero Academia

The story follows Izuku Midoriya, who lives in a world where everyone has superpowers (quirks), even though he was born without them.

Dreaming to become a superhero anyway, he’s eventually scouted by the world’s best hero All Might and enrolls in a school for professional heroes.

The manga has been adapted into 3 anime series with the same name consisting of 63 Episodes in total and 1 anime movie My hero Academia: 2 heroes. A second movie is also under development. Live action has been announced by Legendary.