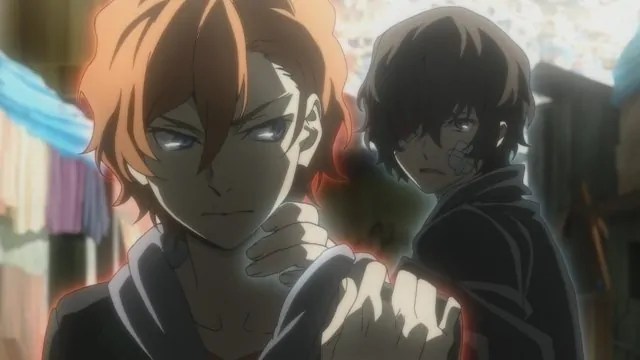 The new season of Bungou Stray Dogs is one the most anticipated anime sequel this season. Similar to season 2, season 3 will kick off adapting another prequel arc based on a light novel “Fifteen Years Old” focused on Young Dazai and Chuya this time.

The Bungou Stray Dogs Season 3 Episode ( Episode 26) will release on April, 12th and officials have provided us with its synopsis and preview stills.

The investigation leads him to
Chūya Nakahara known as “The King of Sheep”, a rival group of juveniles when they suddenly caught up in an explosion.

At that time Dazai saw a figure of “previous boss” from the smoke.