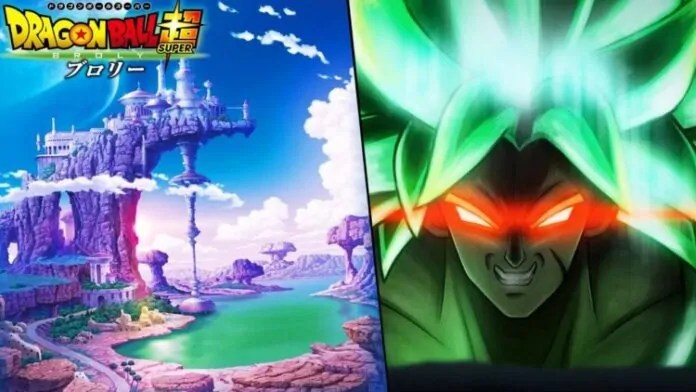 Hello, everyone, we have some news for DBS Movie 2018. Dragon Ball Super: Broly Movie is the 20th Dragon Ball film. The movie will portray the fate of Son Goku and Vegeta as they confront a new Saiyan named Broly. Subscribe to our Reddit Community for latest updates.

The DBS Official Japanese blog “Dragon Ball Movie Front Line” recently got updated and lots of new data about the Dragon Ball Super: Broly movie was attached. Moreover, it also verifies the rumors about the addition of Planet Vegeta in the film. The art directors further stated that the movie is also placed on Planet Banpa alongside the Planet Earth and Planet Vegeta. Also, Vegeta will go Super Saiyan God Red for the first time.

Recently, an interview with the movie’s art directors went live and report info regarding its recent setting. The extended interview marks the artists speak about Dragon Ball Super: Broly, and it is there a photo of a different planet ‘Banpa’ was unveiled.

The planet seems desolated and follows in with a muddy color palette. With the sky a yellowish color, the planet is screened in rocky deposits and dirt, though it does have a particular peculiarity. The art directors stated that they were pretty picky about the color palette for the film. They decided to make the art look less genuine by choosing a radiant color palette. They used several color palettes for various planets to separate them from Planet Earth.

The movie will also feature never-before-seen parts of Planet Vegeta. They say they’re going off of previous depictions of Planet Vegeta, while giving it a greater sense of scale. They also want to be faithful to the sort of space bases/space ships/etc Toriyama has drawn. — Todd Blankenship (@Herms98) Herms link.

Over on Twitter, thanks to Herms98, the entire blog update was translated. This new data was reported during an interview with the art directors.

Those who want action must not trouble, as the trailers have revealed us the fights Broly will have with Son Goku, Vegeta, and Freeza. We might even get to see Gogeta, though that’s merely a rumor right now.

Dragon Ball Super: Broly comes out in Japan on 14th December, Funimation has obtained the theatrical claims to the film and is preparing to release it in the US and Canada in the beginning of January 2019.