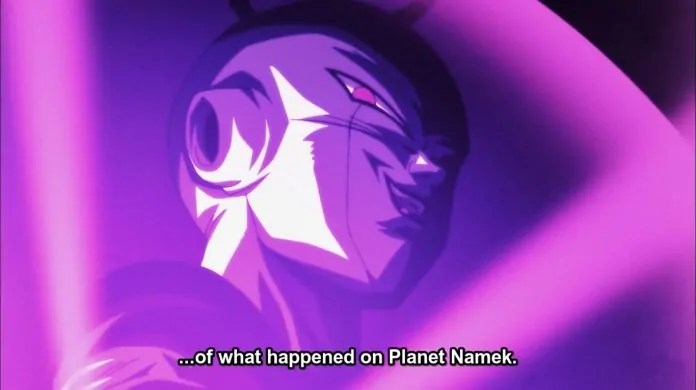 Hey, everyone, yesterday’s episode was great. In my opinion, it was the most epic battle in the anime history. The episode was focused on the fight between Jiren and Goku and revealing Goku’s new power- Ultra Instinct, a power which even Gods haven’t mastered yet.

The episode ended with Frieza referring to Planet Namek:

“This brings back memories…of what happened in Planet Namek “

I know there are many people who already have come up with bad theories stating Freiza being evil, his devil smile, betrayal plan etc…….

But in reality, Frieza is going to help Goku, he already gave energy for spirit bomb in the latest Episode and the same he will do in Episode 111. I know many of you don’t believe but let me show you a video which can help you to clear your doubts.

Ya, this video brings back many old memories of the long-lasting battle between Goku & Freiza, especially the blood. ?

Okay lets back to the topic, I think many of you have already got the idea what Freiza is actually gonna do. Remember when Goku gave some part of the energy of his to Freiza so he can survive. Now Freiza is going to do same. What makes it legit that its already confirm that Goku gonna survive in next upcoming episode also gonna have a duet with Caulifa and Kale even when he has used all of the energy. Thanks to spoilers from KenXyro.

Although if he tries to do something like the betrayal to Goku then he will automatically be in loss, as universe 7’s main warrior is Goku, and also he will break his dreams of being alive again and becoming the Omni king (Only possible in his dreams).