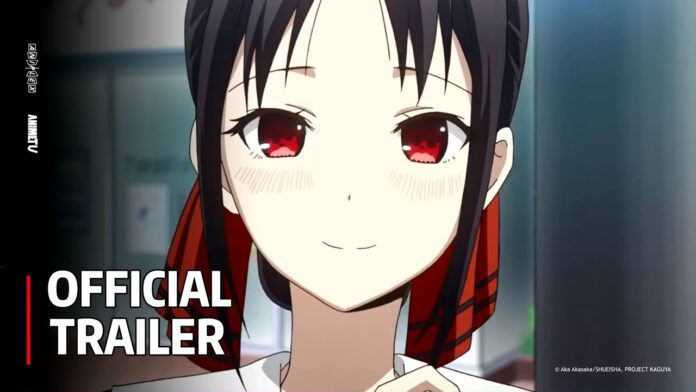 Kaguya-Sama: Love is War Season 2 will release on April 6, 2020, on Tokyo MX, Gunma TV, Tochigi TV, and BS11 channels, as well as on the Abema TV service. The anime will also debut later that evening on MBS and TV Niigata. 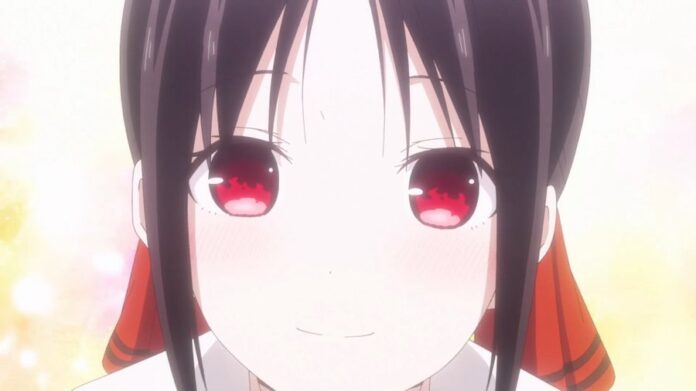 Although the new promo doesn’t mention anything about the episode count, though, the new season is expected to run for 12-13 episodes.

Where to Watch Kaguya-Sama: Love is War Season 2

Crunchyroll, FunimationNOW, and Hulu will stream the new season in April. Aniplex will release the series on Blu-ray DVD disc.

A bunch of lively members will join the cast of season 2. New cast members include Miyu Tomita as Miko Iino and Rina Hidaka as Kobachi Osaragi.

Love is War Studio and Staff

About Kaguya-Sama: Love is War

Kaguya-Sama: Love is war is the best selling Romcom manga series written and drawn by Aka Akasaka in Shueisha’s Miracle Jump magazine since May 2015. Series later moved to Young Jump in March 2016. The series inspired an anime 12- episode anime adaptation in 2019 by A- Pictures. The manga series also inspired two spin-off manga series and one live-action movie.

Viz Media is publishing the manga in English in North America and parts of Europe.

They describe the series as:

All’s fair when love is war!

“Kaguya Shinomiya and Miyuki Shirogane are two geniuses who stand atop their prestigious academy’s student council, making them the elite among the elite. But it’s lonely at the top and each has fallen for the other.

There’s just one huge problem standing in the way of lovey-dovey bliss—they’re both too prideful to be the first to confess their romantic feelings and thus become the “loser” in the competition of love! And so begins their daily schemes to force the other to confess first!”

Comment your opinion regarding Love is War Season 2 below. Also, read about the latest One Piece Chapter 976 and Demon Slayer Chapter 200.