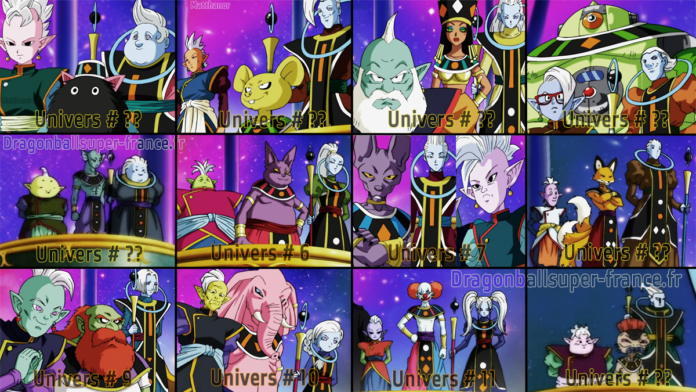 Today we will talk about the Kaioshins of the 12 Universes

First, we have Universe 1 Kaioshin Anato a very decent looking god Hod of the universe and brags the highest mortal level. He is gentle looking and we have seen how calm is kept himself from whatever we got to see yet. I feel suspicious of him though.

Next, we have the universe Kaioshin Iru. He loves making plans ahead of his time and has a passion for carrying out his plans. He also has the habit of becoming obnoxious when the plans are not executed.

Next, we have Universe 12 Kaioshin Agu He is said to be high in virtue and he says that his universe is very matured but he has aspirations for it to improve even further. He looks a humble god with thoughtful gestures.

Next, we have Universe 3 Kaioshin Ea or Air, he is quite a bit influenced by the machine-loving people. The specs he wears shows the nerdy-ness.

Next up is Universe 5 with Kaioshin Oguma, He is a gentle god and believes in the importance of balance between intelligence and power. 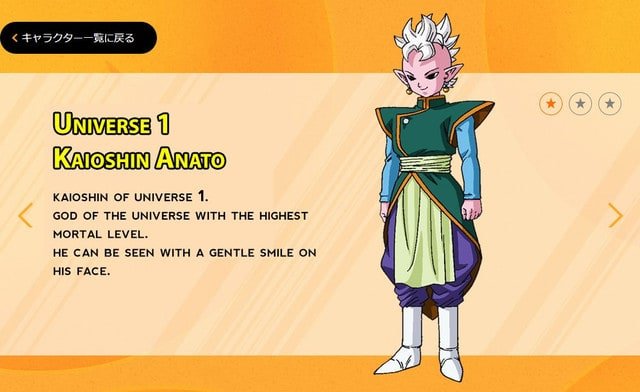 Coming up to Universe 4 Kaioshin Kuru He is arrogant and proud and very self-conscious of his position of a god. Here are all the images from the official website below. I was not going to mention this but what the heck I m mentioning it at last…

Universe 10 Gowasu, Kind god lol of universe 10 has a too strong sense of justice and likes to time travel a lot lol and has a good taste of choosing apprentices. 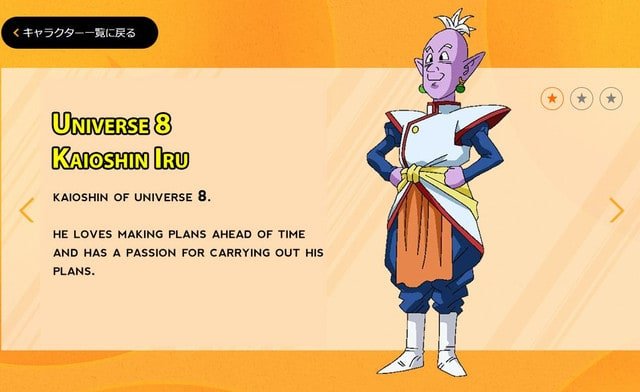 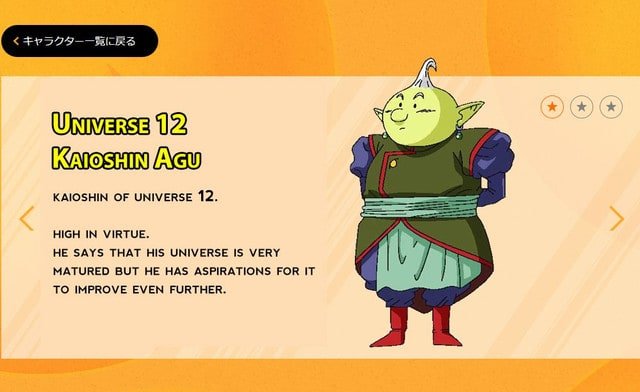 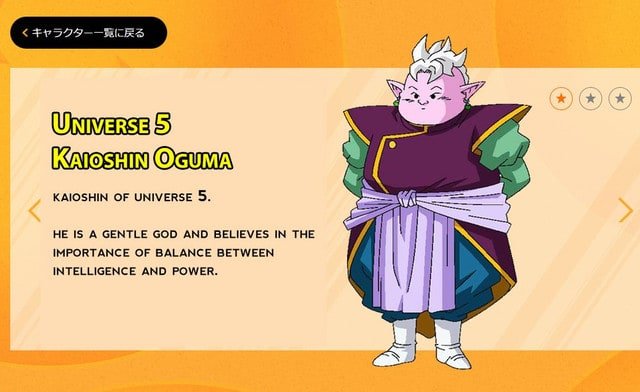 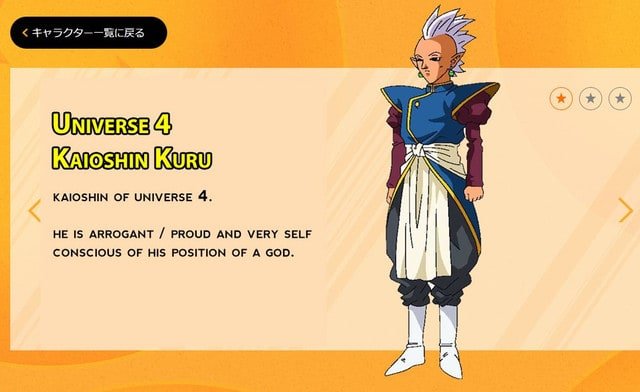 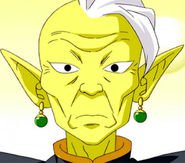