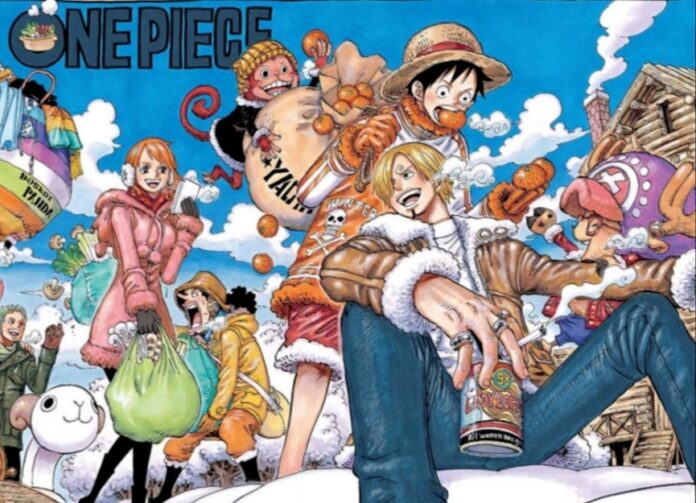 One Piece Chapter 1009 titled “Hell,” it looks like Luffy, Law, Kid, Zoro & Killer will have the upper hand in the fight this time after successfully throwing Big Mom to the sea.

This is a very solid chapter because it felt like each portion gave us some sort of conclusion. Unlike with other chapters where we get one-off things.

Also, One Piece Chapter 1009 is a turning point for the supernovas versus, Kaidou & Big Mom.  They also succeed separating Big Mom & Kaidou .With that being said, lets get into it! 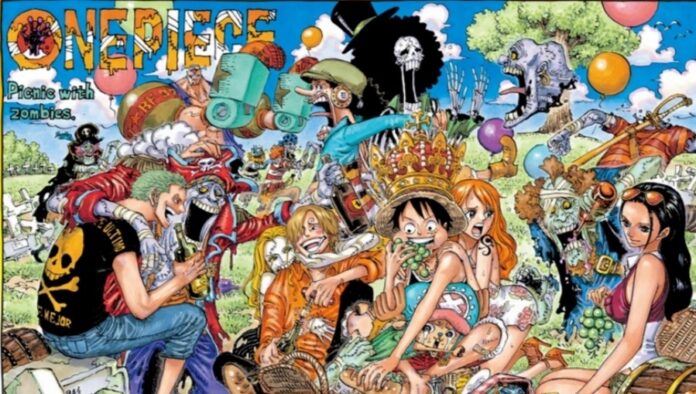 The raw scans and spoilers of One Piece Chapter 1009 have been circulating on the internet. The leaks have been making rounds online teasing the continuation of the Yonkos and Worst Generation’s battle.

Finally, the wait is over since there have been leaks of the upcoming chapter!

One Piece Chapter 1009 leaks comes from the Korean scans, so fans should only take these spoilers with a grain of salt. Things will be validated when the new chapter formally drops.

It is confirmed that the spoilers are finally leaked. We have gathered all the information possible for you. In this article you will get spoilers, raw scans on One Piece Chapter 1009.

If you want to read the English version of One Piece Chapter 1009, I’d recommend the VIZ app. Otherwise, you can wait for the official release and read on either Shonen Jump App Android or Shonen Jump App iOS or Manga Plus app.

A quick review on One Piece Chapter 1008

In the previous chapter, various fans were shocked just like the Scabbards to see Oden return. They were confused and conflicted about whether he was Oden. However, amongst all the chaos, a voice of reason came from Ashura, who told the others that it wasn’t Oden but Kanjuro. Ashura and Kanjuro battled it out, and Ashura was badly injured. 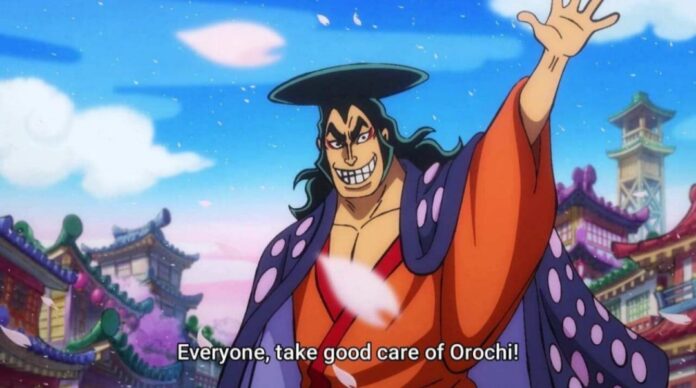 Jack appears in front of the Scabbards, and Inuarashi prepared to fight him off alone, elsewhere. Orochi and Fukurokuju are revealed to be alive, as they start fires inside the Skull Dome. We are yet to find out how they survived, and this will most likely be revealed in the coming chapters.

This is the very first time we see Kaido’s hybrid form. Many fans are disappointed as the hybrid wasn’t as powerful or intimidating as they hoped it would be. During the battle, it can be noticed that Kado is bruised-up, while Big Mom is still going strong without bruises. This is another testament to her strength, showing just what a monster she is.

We also witness Momonosuke’s powers as he describes Luffy’s condition. Fans are interested to know more about it. Luffy is still fiery and confident that he will defeat Kaido. Zoro and Law agree that Kaido and Big Mom must be separated, as this will help them defeat the Yonkos.

Luffy appears on the cover of Weekly Shonen Jump #18, holding his hat while Sakura petals fly around him. In the Color Spread, the Straw Hat Pirates are playing in the snow with Otama, Komachiyo, and Bunbuku (the kettle that ate Inu Inu no Mi model Tanuki). The fire is still spreading inside Onigashima castle. The Red Scabbards run into Orochi and Fukurokuju on the way, both are shocked.

Fukurokuju: “Orochi-sama, they don’t know that you’ve already died once. Please run and let me handle the Red Scabbards.” 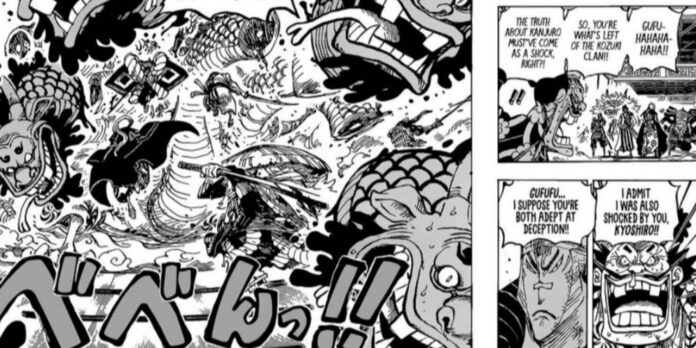 In an epic double spread, the Red Scabbards cut all of Orochi’s head at once. Kinemon says they have no time to waste with him so they will leave his judgement to hell. The Red Scabbards continues on but Raizou stays to fight Fukurojuju.

Raizou: “I have misjudged you. I didn’t expect you to fight for such a fool to the very end.”

Fukurokuju: “I could say the same about you. It is fate that we will have to fight each other at last, Raizou!”

Cut to Onigashima rooftop. Kid asks Law why he can’t just transport one of the Yonkou somewhere else. Law replies that he’d do that long ago if he can, but their Haki is too strong so he can’t move them anywhere.

Big Mom suggests to Kaidou that they attack together and finish all Supernovas in one blow.

Kaidou: “I hope your legs and hip are still good enough.

Big Mom and Kaidou use a massive combined attack, they swing their weapons at the same time and send some massive wave at the Supernova which is too fast for any of them to dodge. However, Zoro blocks the attack with his swords.

Big Mom and Kaidou attack destroy part of the island. Law transport Zoro out in time so he survived but is heavily injured. Kid thanks Zoro for managing to slow down the attack even if he managed to do it for 1 second. 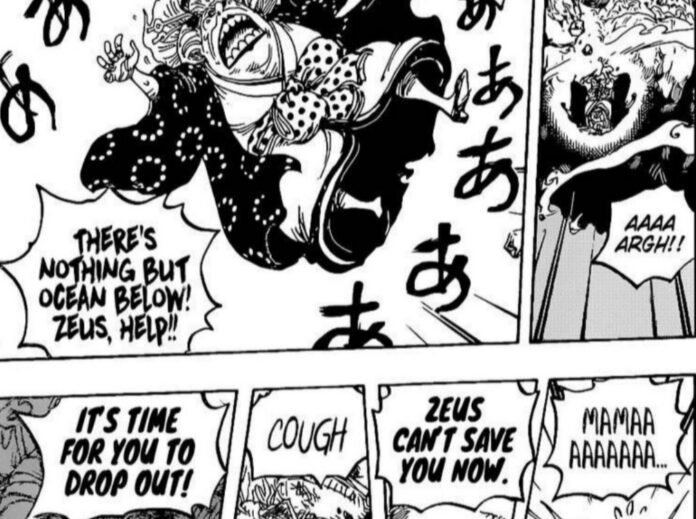 Luffy immediately jumps again and uses “Gomu Gomu no Red Hawk” at Kaidou, but Kaidou dodges it before Luffy can complete the attack. Luffy smiles.

Kaidou hits Luffy with his Kanabo. Luffy is town away but he manages to block the Kanabo with haki-cladded arms. His arms hurt but Luffy is still fine. Kaidou follows up by shooting a beam from his mouth at Luffu but dodges it.

Then Kaidou jumps up and used “Kouzanze Ragunaraku” an attack where he spins his kanabo around with a lot of black thunder coming out before striking down on Luffy. After a huge fight among them, Big Mom starts to fall into the sea.

About the One Piece Anime 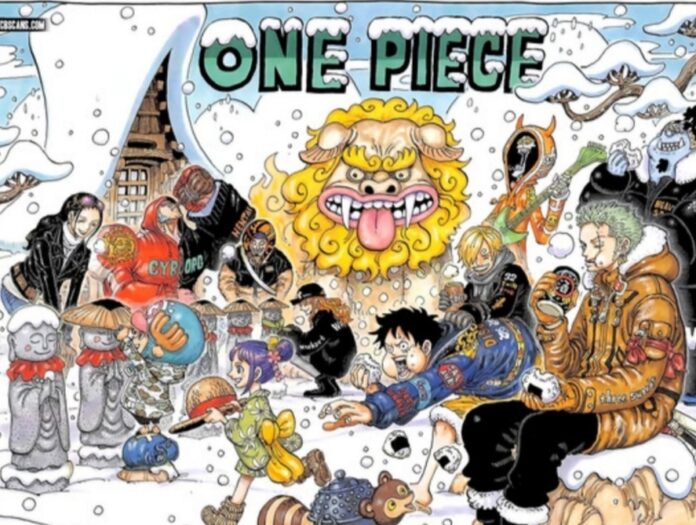 One Piece is a manga series written and illustrated by Eiichiro Oda. It is one of the longest-running mangas throughout the world. The hit manga completed its 1000 chapters in January 2021.

We follow the adventures of Monkey D.Luffy as he becomes a powerful pirate, meeting intriguing people and seeking the promised treasure. Moreover, he is unlike any other pirate you have heard or seen of. Along the way, he has fought many villains and foes as he grew with his rivals and friends.

For more latest updates & news, stay tuned with us!