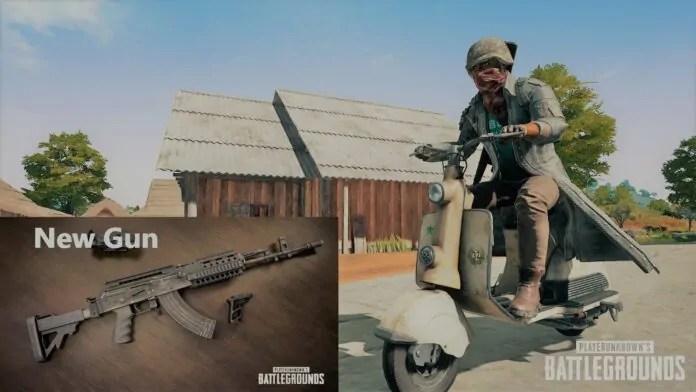 Howdy, everyone, we have a news for Player Unknown’s Battlegrounds (PUBG) which added New Gun and a Vehicle! Let’s jump into it. We are here talking about the PC Version of the game which recently got an update 20 with major improvements. Subscribe to our Reddit Community for latest updates.

Last week, PUBG Corp. the leader of the current gaming industry, developers behind PlayerUnknown’s Battlegrounds AKA PUBG, unveiled a development roadmap map that it called “Fix PUBG.” Not exactly the most exciting name, is it? This plan included an ambitious list of in-game technical improvements to make PUBG more playable and smooth. Today, the first of those changes were put into patch notes and are being prepared for live servers as a part of PUBG PC update 20.

Jumping right in, a new gun is coming to all three maps. The gun will be called the Beryl M762 and, as its name suggests, it uses 7.62mm ammunition. Unlike the other common gun of this type, the AKM, the Beryl M762 uses stability attachments, which technically means it is a little more accurate than the AKM.

Other addition updates to PUBG coming in this patch includes ‘A scooters’. Yep, soon you’ll be able to spin around Sanhok by scooter. The new vehicle is said to be a replacement for motorbikes on Sanhok and will be exclusive to that map. Will these come to PUBG Mobile too?

So when does this hit the market?

The latest patch notes are on live servers now, so typically that would mean they come to the main game a week afterward. For us that would make the PUBG update 20 release date August 23 but, with a new vehicle and weapon to test, that could take a while.

There will be some bug fixes too. They are as follows:

Bakugou, Madara, Law and Many others Join Jump Force Roaster