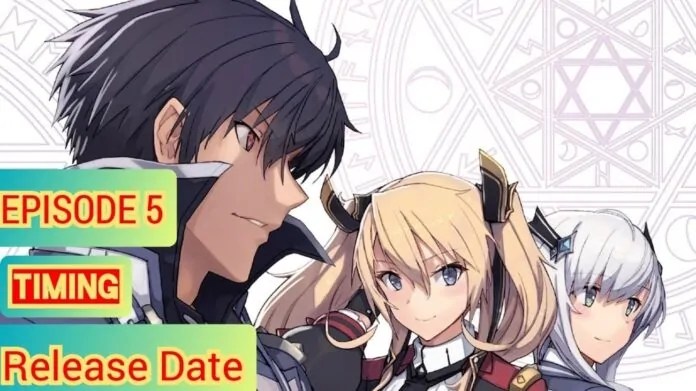 The Misfit of Demon King Academy Episode 5 Release Date is 31st July 2020. Spoilers and the preview is given in this post. Read More to find out.

The Misfit of Demon King Academy is a new anime that started airing this season, but it took the anime world by storm. Everyone likes this kind of Anti-Hero Anime.

The story starts with Annos Voldigold, who was a demon king 2000 years ago and now is reborn. He wishes to take back his original place only to realize everything is changed. Well, he wasn’t the Demon King of Tyranny for no reason. He is extremely op and as well as brutal. Today we will talk about the upcoming The misfit of Demon King Academy Episode 5, it’s the release date, spoilers, and recap in case you missed the last episode.

The Misfit of Demon King Academy Episode 5 will release on Saturday, 31st July 2020, at 11:30 PM JST. The anime is airing every Saturday in Japan. You can also watch the latest Episodes of the Anime on Crunchyroll as they are released.

In Misfit of Demon King Academy Episode 4, we get to know the Truth behind Sasha and Misha’s Childhood. Sasha and Misha are actually just a single person but their souls were separated at birth to make different persons. Annos then asks Misha if she wants to live and make up with Sasha, she needs to believe in him.

They both then Confront Sasha, who then reveals that she wants to sacrifice herself and let Misha live on as after midnight they both will combine and become one soul. Annos then asks both of them to trust him and uses a time-traveling spell. Ivis Necron, the person responsible for Separating Misha and Sasha come to stop them. Well Anos being Anos, he instantly overpowers and kills him.

When in the time realm, preparing to time travel, the keeper of Time decides to intervene and possess Ivis. Ivis gets a boost, but not enough to kill Anos or even harm him. Anos uses his abilities to overpower him yet again.

Misha and Sasha then go back in time and combine with their old selves, becoming twins. The Fifth Episode of Demon King Academy is titled, “The Transfer Student” and will introduce a new character.

The Misfit of Demon King Academy: History’s Strongest Demon King Reincarnates and Goes to School with His Descendants, also known simply as Maō Gakuin no Futekigōsha, is a Japanese light novel series written by Shu and illustrated by Yoshinori Shizuma.

This is it folks for The Misfit of Demon King Academy Episode 5. Be sure to stay tuned for future updates and as well as more Anime and Manga News. Also, check out One Piece chapter 986 to get more info about the latest Episode.