This is about What To Expect From Solar Opposites Season 2? If you are looking to watch some hilarious adult comedy, then you are reading about the right thing. Solar Opposites season 2 is soon going to be released. It is an adult animated sitcom directed and created by Rick and Morty, co-creator Justin Roiland alongside Mike Mcmahan. Initially, the show was going to be released on Fox but later it was bought by Hulu. Season one of the show has recently ended and just within a year, we have season 2. The show is very well mix up of adult comedy and sci-fi insanity. Let’s have a look at the release date and  What To Expect From Solar Opposites Season 2?

The show follows the life of an Alien family from Planet Shlorp. The planet was once used to be a utopia that was later destroyed by an asteroid hit. Some of the citizens of Shlorp along with their replicants were assigned a Pupa. They were sent away into space to search for a new planet where they can start a new life. Unfortunately for our four protagonists of the show Korvo, Yumyulack, Terry, and Jesse they crash land into the planet Earth. Now they must take refuge in a ready-to-move-in home in the middle of the US. 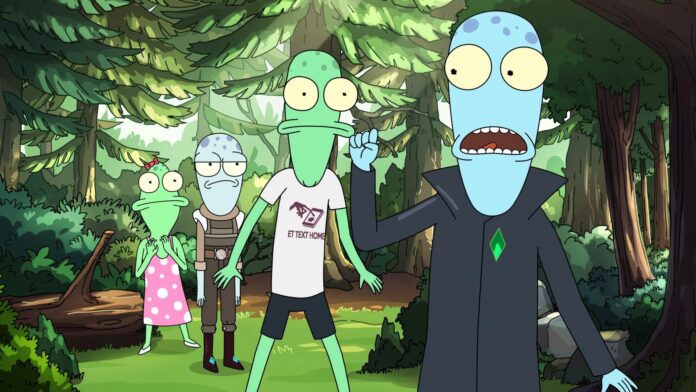 Each family member has a split view on whether Earth is awesome or not. Korvo and Yunyulack believe that Earth is an awful place to live as they have their sight set on the planet’s pollution and human frailty. On the other hand for Terry and Jesse Earth is an awesome place because of their love towards humans and all the TV, Junk food, and fun stuff they produce. Following this they also have a mission in hand, they must protect their issued Pupa. It is a living supercomputer that is capable of evolving into its true form.

Solar Opposite season 2 is all set to release on 26th March 2021. The second season will have a total of eight episodes, and all the episodes will release at the same time. You can binge-watch the show on Hulu once it is released. The show is also made available to watch on Amazon Prime Video and Disney+. You can find all the episodes of this on Amazon prime and Disney+ one episode is released each Friday. This process should end by 2nd April after which the second season might get released.

The great news for fans is that the show is already renewed for season 3, which will have 12 episodes. Following that there is no unwanted delay the third season might get released in early 2022. 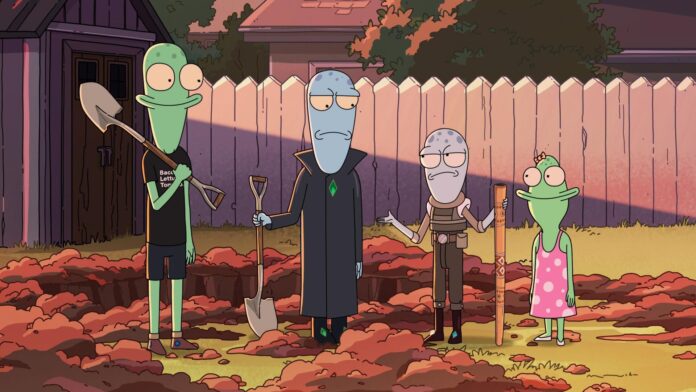 The season 2 teaser was rolled out on 6th January 2021, besides this the trailer was released on 25th February 2021. This trailer began with a sequence from last season where Krovo celebrates as they were on a newly repaired ship preparing to leave Earth for the last time. But their luck did not favor them as they got crash landing again on the roof. The crash even caused some serious damage to their neighbors. With this crash, they unknowingly engineered an alien monster that would poop out bottles of wine after eating people.

With all these little sequences and crazy things the Solar Opposites Season 2 drops on 26th March 2021. I can tell you for sure you are not going to regret watching this.

Watch the official trailer of solar opposite season 2.