Naruto is one of the most successful and popular animes in the history of anime. One of the most asked questions in this anime is – Who is the Strongest Uchiha Clan Member in Naruto?  In this blog, we discuss this topic in detail by taking every possible aspect into consideration.

Who is the Strongest Uchiha Clan Member in Naruto? 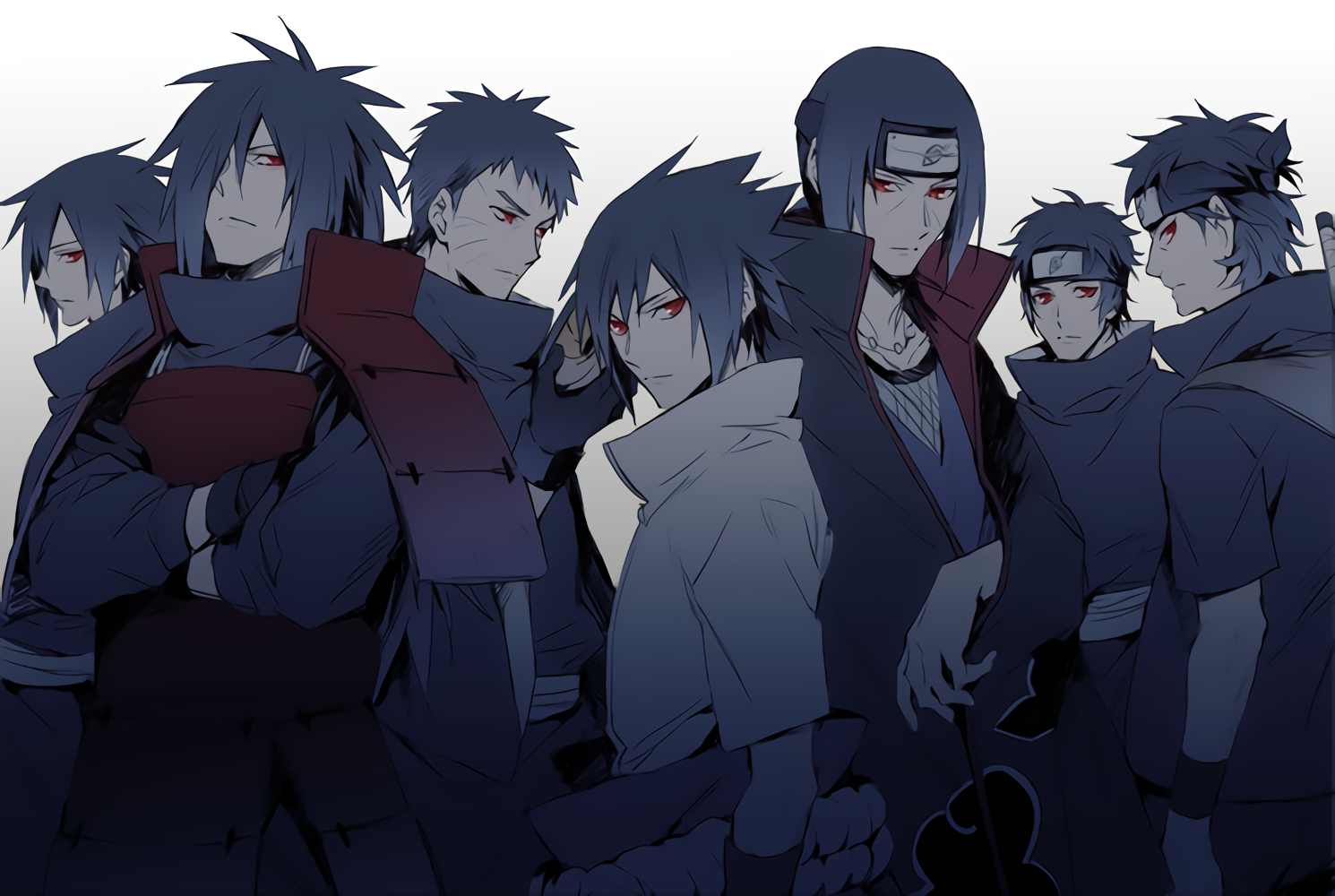 The Uchiha clan is the most feared clan in the Narutoverse. Their main capabilities lie in their visual prowess which allows them to see movements and surpass their limits in terms of chakra manipulation and usage. Undoubtedly it is obvious that Uchiha Sasuke and Uchiha Madara are the top contestants to claim the throne of Strongest Uchiha Member in Naruto. 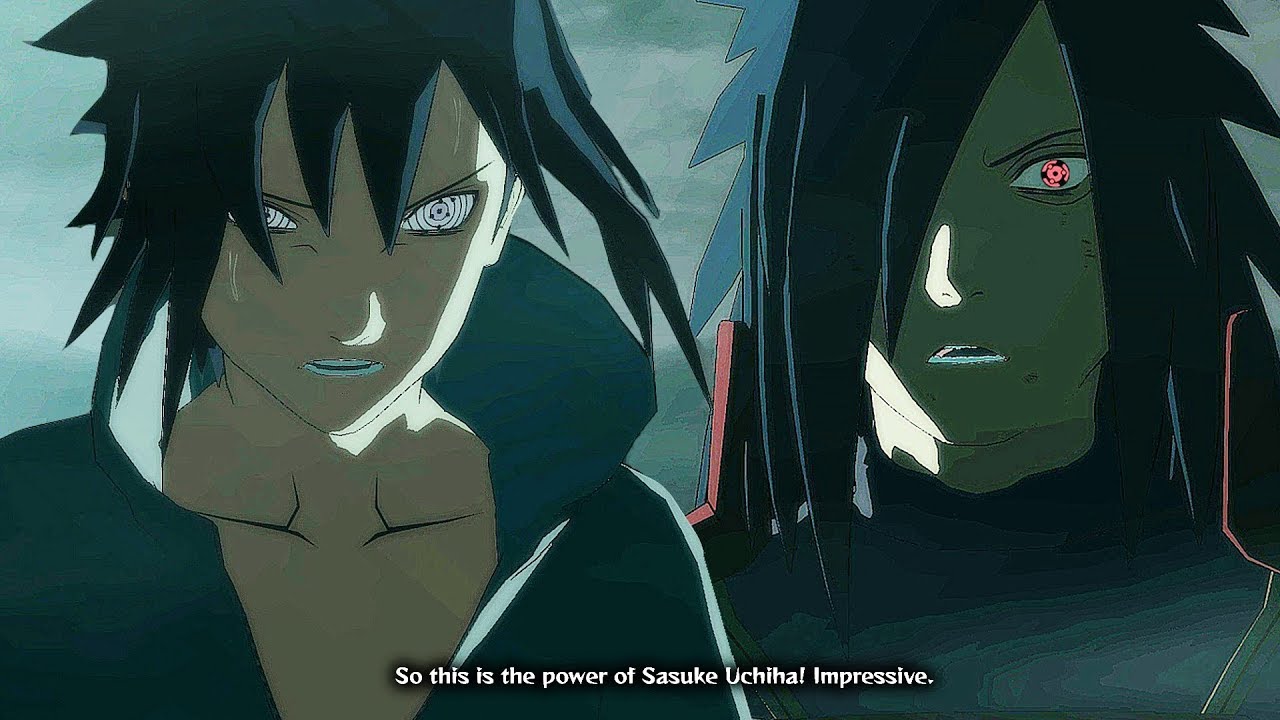 Let us first acknowledge what both the contestants were like during their prime. Uchiha Sasuke was in his prime during the final war arc of Naruto where he had received half of the 6 paths chakra given by Hagoromo. He was naturally able to awaken a rinnegan due to this and increase his sense of combat during battle. Sasuke was able to use most of his powerhouse attacks without having to worry about the chakra supply.

Madara’s prime was during the final war arc as well when he was fused with the ten tails and was in Rikudou mode. After he fights Might Guy and claims him to be the strongest, Naruto and Sasuke return with 6 paths chakra. This is when Madara acknowledges their power but says he has both of their powers within him. Half of Hagoromo’s power was with Madara whereas the other half was again split in two and given to Naruto and Sasuke. 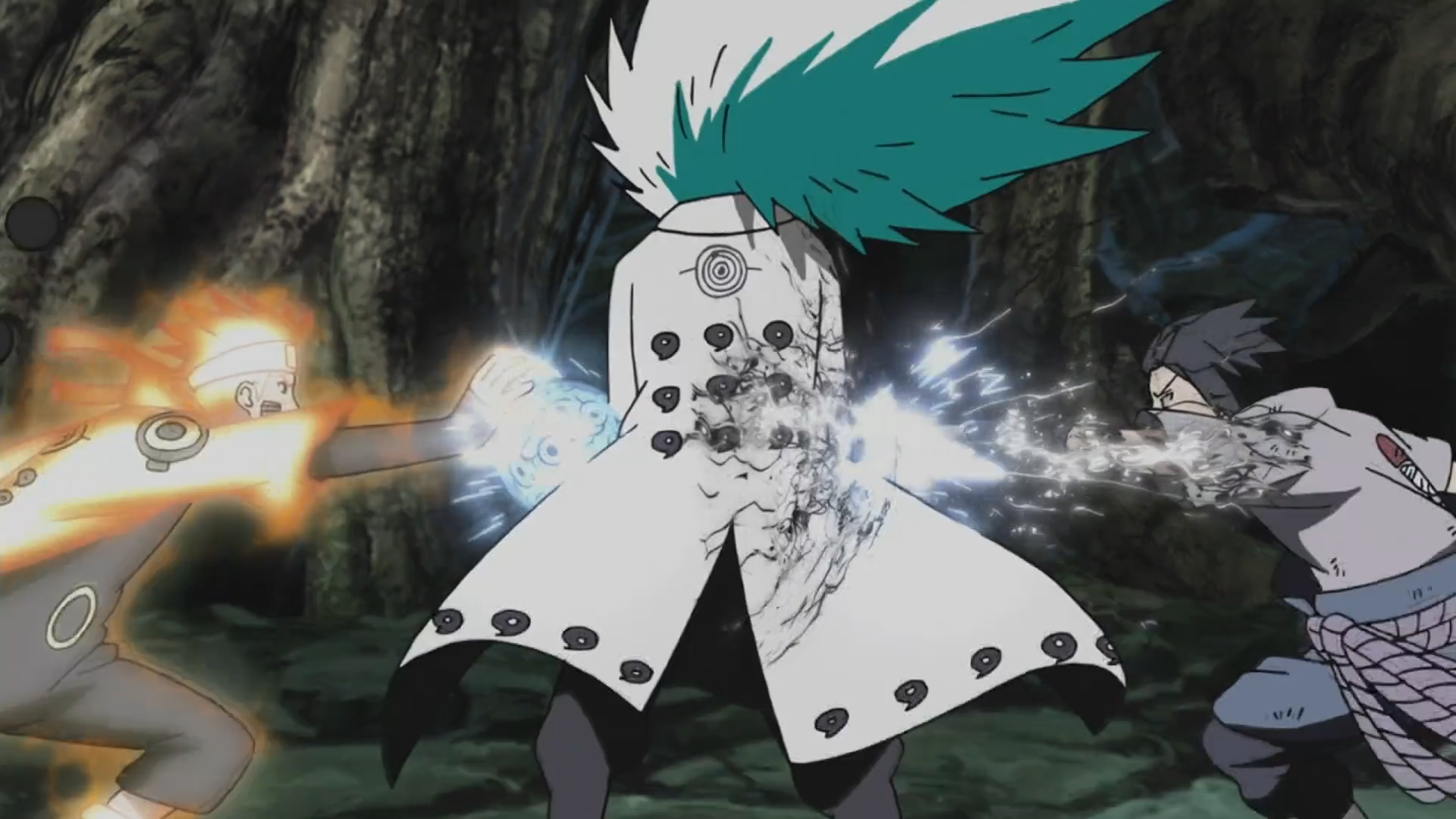 The difference in power is definitely noticeable in the entire battle. If Kaguya hadn’t taken over Madara, the ending to Naruto would have been very disastrous. Madara was always very smart and quick in battle due to his experience and having rivaled Hashirama for years.

Even if we consider the battle strategy as a secondary comparison, Madara does have the upper hand. He effortlessly took on both Naruto and Sasuke after facing Might Guy. It is true that he was immortal at that point in time and had an immense amount of chakra which he had consumed during the war. But these are the factors that differentiate him from Sasuke.

Fight between Sasuke and Madara 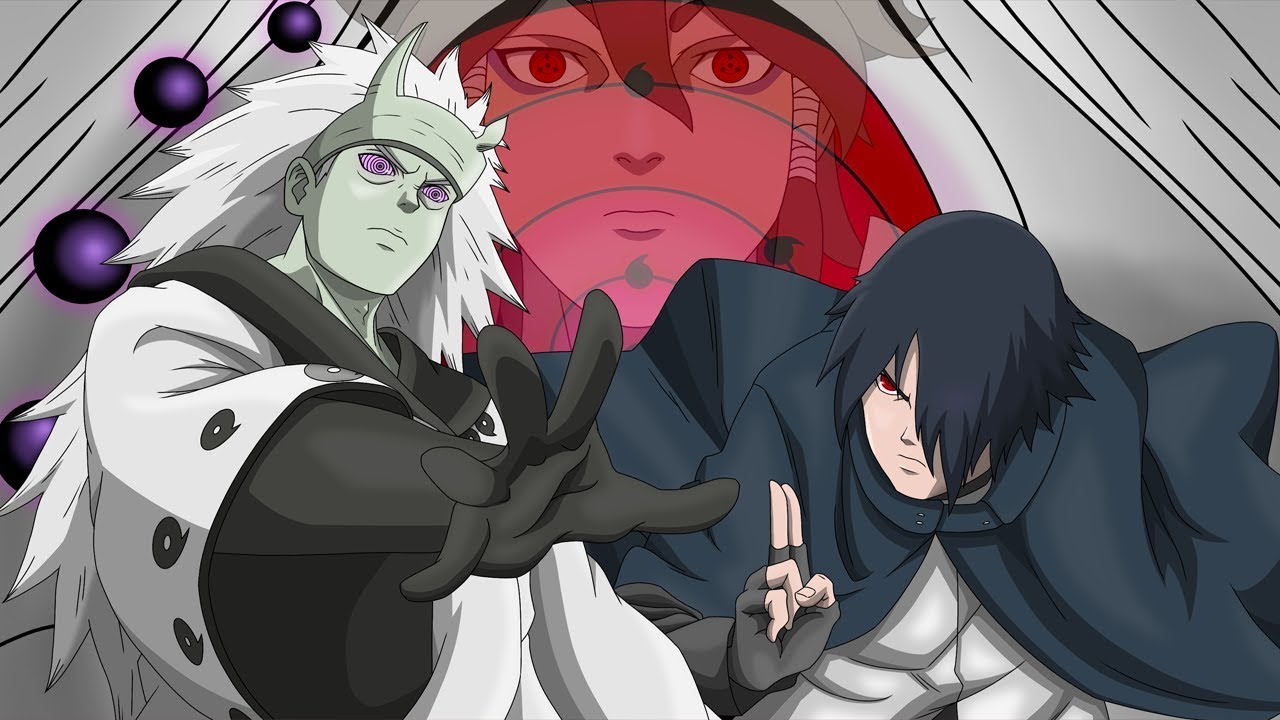 Sasuke can easily teleport Madara to another dimension and end the fight in an instant. But it is not entirely true as we do not know if Madara is capable of coming out of such a situation. Amaterasu is useless and so is Susanno. You cannot kill something that is immortal. The only way to finish him off would be to seal him. This is impossible for Sasuke to do alone as he only has one half of the seal and cannot perform the seal without Naruto.

On the other hand, Madara can kill Sasuke by exhausting his chakra after constant combat with him. And Madara has more powers in his visual prowess than Sasuke as well. He has two rinnegans with a tailed beast inside him. 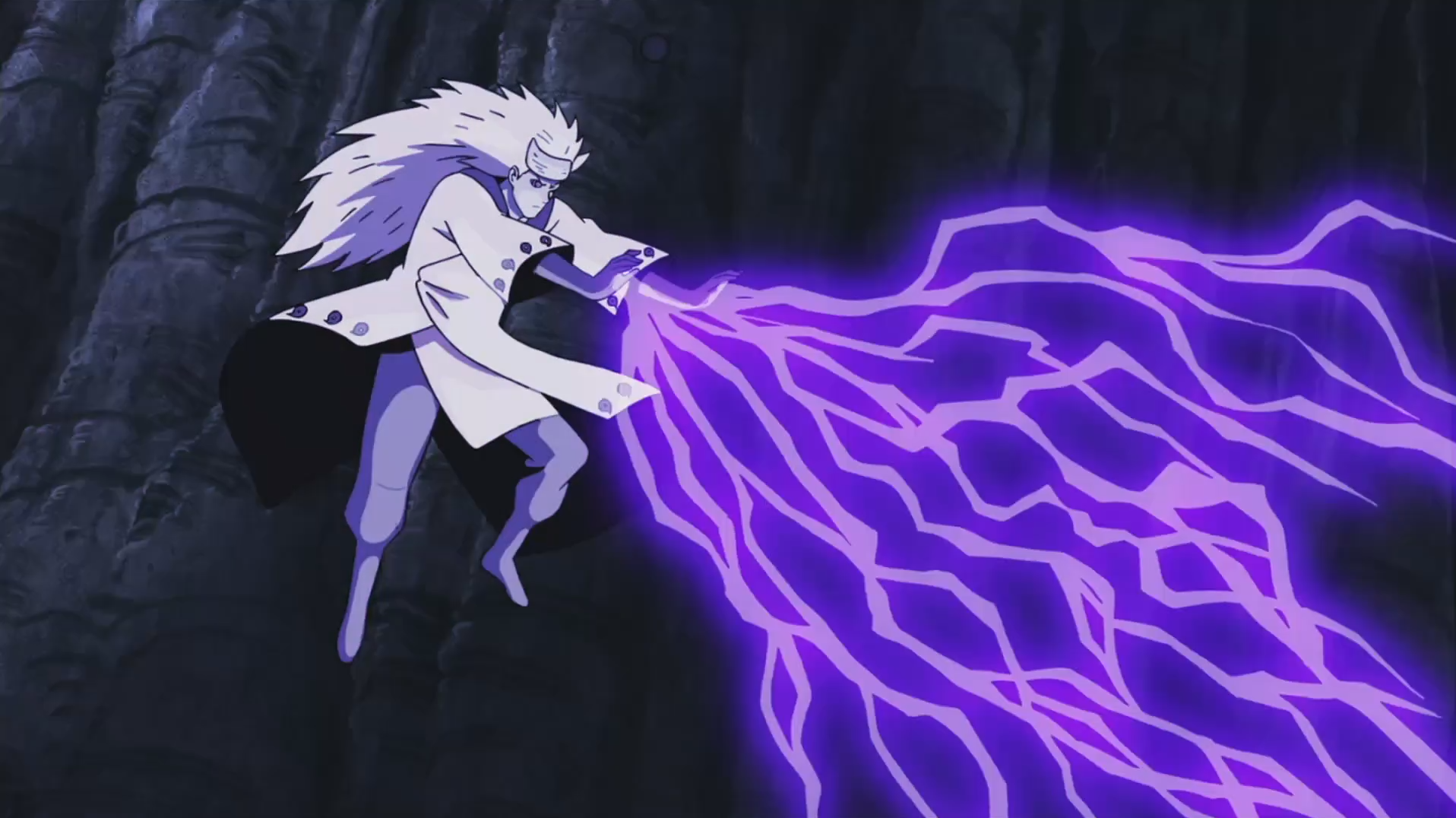 The answer to “Who is the Strongest Uchiha Clan member in Naruto?” is Rikudou Madara. The reason is very simple, he has more chakra, a tailed beast, double the six paths chakra of Sasuke, more combat skills and experience, and is immune to any attacks as he is immortal and can heal himself constantly. I know this may trigger a few Sasuke fans, me being one as well, but the facts are what is important even if we want our favorite character to be at the top.

Top 10 Anime like Naruto to watch and witness full action

Boruto: Was Jiraiya Aware About Sasuke?