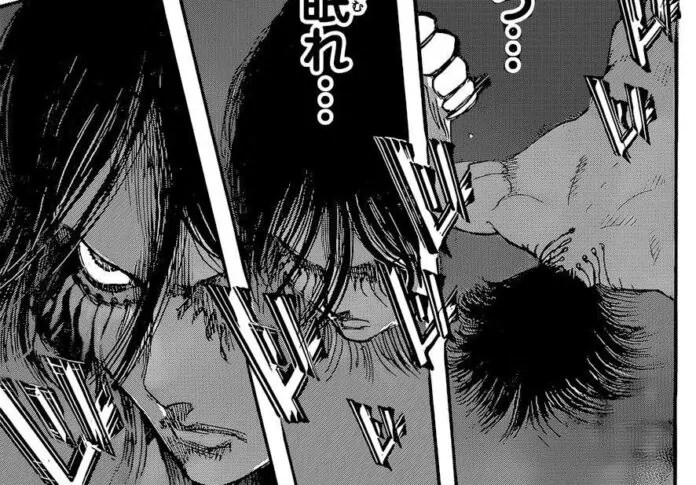 Just now Attack on Titan Chapter 117 Action Scenes were Revealed by Organic Dinosaur on Twitter as per leaks. Attack on Titan is also known as Shingeki no Kyojin in Japanese. The chapter is officially scheduled to release for May 9. Warning Spoilers ahead.

❶ Pieck implored Porko to chop off her hand

❺ Eren skewered both through mass WHT spikes from the ground 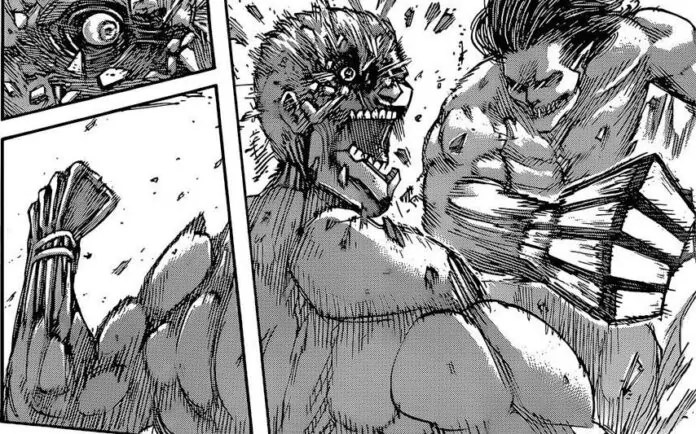