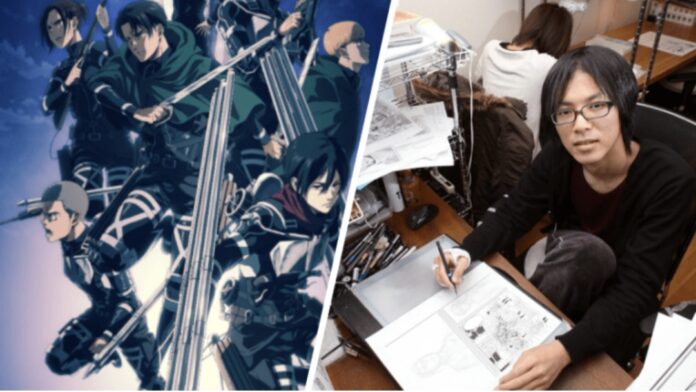 While some fans are eagerly anticipated if he has plans of continuing to be a mangaka; the others are just thankful for the journey and wish him luck for the future.

The final chapter of the long-running manga Attack on Titan has been completed and turned in by the original mangaka Hajime Isayama. With it, the final piece of the original story he imagined has come to a fitting end of this apocalyptic journey. Yes, the Attack on Titan manga journey ends.

Fans of the manga have seen it grow. From the humble beginnings of a ragtag group of suicidal teenagers zipping around on Vertical Maneuvering Equipment to fight corpse-like giant monsters into a harrowing meditation on the cost of human cruelty and the meaning of the “monster.” 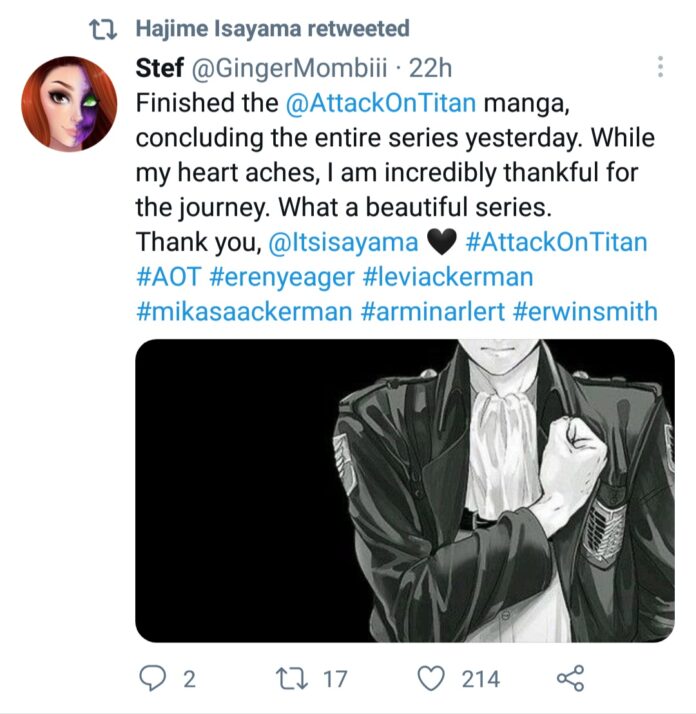 But, it had to end somehow, and this is it.

Where To Read The Manga?

Isayama created Attack on Titan in 2006 as a 65-page one-shot book. His work eventually generated enough interest to see it published as a serial in Bessatsu Shonen Magazine beginning in September 2009.

Since then, Attack on Titan has become a landmark franchise and leading export of Japanese culture. Also, following the often girl adventures of a group of young warriors known as the Survey Corps.

They ostensibly protect their beleaguered walled city from the attacks of grotesque monstrosities known as the Titans. This tale of horror, visceral action, and raw emotion expanded in time. Later, they grew into larger discussions on the legacies of pain.

This involved a serious conflict between people and the gradual degradation of personal morality in the face of unceasing desperate survival. However, this journey Isayama began over a decade ago ends now. It’s official, the Attack on Titan manga journey ends.

It Began Eleven Years Ago…

After working for 11 years and seven months, finally the AOT manga journey ends! He had turned in the final chapter 139 to his publisher on April 8, 2021.

After completing the story that he started in 2009, Isayama wrote in a tweet, “From now on, Attack on Titan is a series I hope as many people as possible will read, so thank you!”

Attack on Titan, is a gruesome and spiritually disquieting tale, often depicting the stuff of nightmares. It intricate and horrified, both physically and emotionally.

Isayama had his achievement as an artist which has spawned all manner of media as a franchise powerhouse, including:

Isayama Hajime is a dedicated mangaka with a penchant for realizing the kind of vivid imagery of dreams that wake children from their sleep.

Fans have been taken through many disturbing twists and world-shaking turn on this bloody brutal road through the life of Eren Yeager and his monster-fighting friends.

What Does Isayama Hajime’s Plans Next? 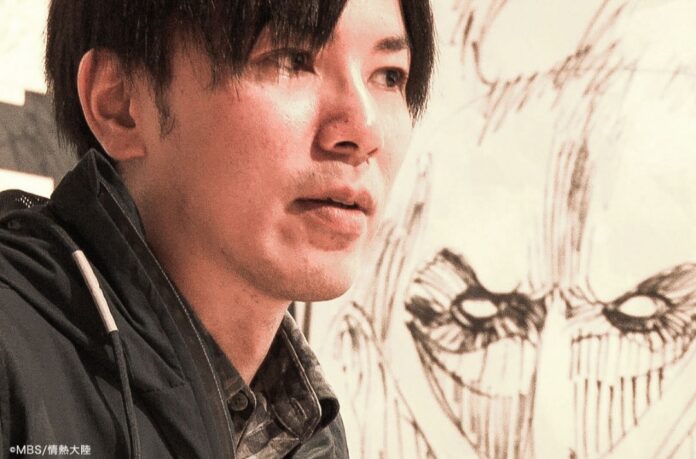 According to an interview with ONE Championship, Isayama’s next challenge will not be a new manga. Instead, he plans to open a spa in his native Japan.

Attack on Titan Chapter 139 went on sale April 9, 2021, in the pages of Bessatsu Shonen Magazine with an English translation to follow from Kondansha Publishing.

Thanks for reading “Attack on Titan Ended After 12 Years of Great Work! What’s Next?.” For more latest updates & news, stay tuned to us!