Black Clover is a Japanese manga series written and illustrated by Yūki Tabata. The protagonist of the series is Asta. Asta is a young orphan who was abandoned and raised in an orphanage with Yuno. Although they are all born with the ability to use Mana as a magical power, Asta is distinguished by the fact that he prioritizes physical form. Yuno, on the other hand, was a child prodigy with extraordinary magical abilities. He had the ability to control the magic of the wind. The two teenagers developed a friendly rivalry around a desire to become the next Witch-king, an authority figure equaled only by the Club Kingdom King. The manga will release its new chapter soon. Here’s all we know about Black Clover Chapter 305.

Nozel arrives and he notices that the curse got broken. He has no clue what to tell Noelle. He just looked at Noelle since he underestimated her, but he kept her away from the fight. Rill is near Charlotte, and they are withdrawing their Grimoire back since the Supreme Devil Megicula case is over. Rill apologized to Charlotte and told her that the effect of the spell would end soon. He realizes that his ultimate masterpiece is something since he managed to create his great work. Charlotte told Rill to stop apologizing since he made it possible for her to fight, and she is grateful to him. 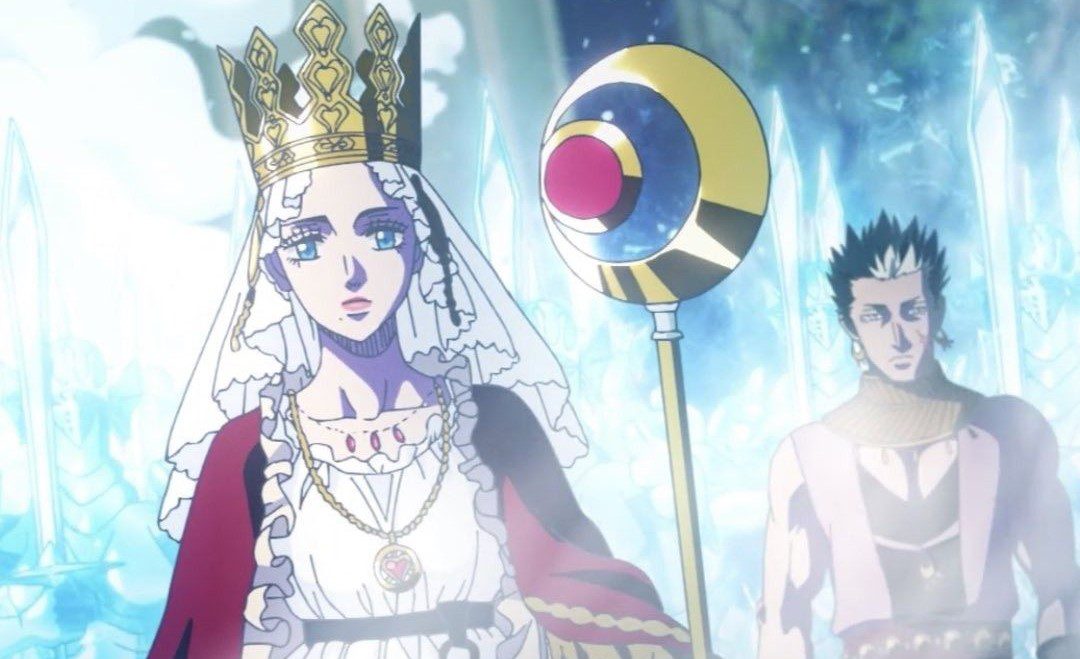 Charlotte reminds Rill that they can’t die now. Lolopechika heads to Gaja, and Nolle has given her a dress to wear. Gaja is happy that the Queen is alive, but something mysterious happened that shocked Lolopechika and Noelle. Noelle notices something happening to Rill and Captain Charlotte, and she shouts their names. The trio was vanishing, showing a symbol that they were dying. Fortunately, Lolopechika unleashes Water Recovery Magic: Aquenelle Lore. The Water Recovery Magic covers the trio as she tries to revive them before they die. Lolopechika begins to sweat and realizes that her magic can’t cure injuries like that.

Asta realizes that even Demon Destroyer can’t heal injuries and wonders what they have to do to protect those three. Natch appears and said they couldn’t do anything. Noelle worries that the trio helped them, and they can’t let them die like this. But Mimosa arrived and said no one would die when she is around. Mimosa uses Ultimate Plant Magic: Flower Princess Utopia and the tri returns to normal.  Gaja confessed to Lolopechika and told her that he loves her. Nozel reminds others that they have to save Yami. Langris and Yuno are facing the last Supreme Devil.

Unfortunately, the spoilers for the latest Black Clover installment aren’t out yet. To keep you busy, here are a few predictions and ideas about what will happen in Black Clover Chapter 305.

Chapter 305 of “Black Clover” is likely to focus on Yuno’s battle against Zenon Zogratis. Toward the end of the last chapter, Yuno asked Langris to buy him three minutes and he will end Zenon with his next attack.

In “Black Clover” Chapter 304, titled “Reality and Magic,” Noelle defeated Megicula for good and saved Lolopechka from the devil’s spell.

Lolopechka after being revived at the end of Megicula, had to be carried by Asta. Meanwhile, Noelle rushed toward Asta and Lolopechka. She hugged Lolopechka and was glad the queen was alive.

Langris is seen fighting a devil before the battle with Magicula. Even though the devil did promise to finish it in 3 minutes, it’s no secret that these devils are incredibly strong! But if they’re telling us what happened a few minutes ago, it must mean he won. As a result, we’ll find out the outcome of this conflict in the following chapter.

Black Clover Chapter 305 is set to be released on September 5, 2021. The new chapter will be on Sunday. You can read Black Clover-Chapter 305 online on Viz. The official website for the manga: VIZ and Shueisha manga plus offers the latest chapters every Sunday for free.

Sakamoto Days Chapter 56 Release Date And Where To Read?

Black Clover Chapter 321 Release Date And Where To Read?