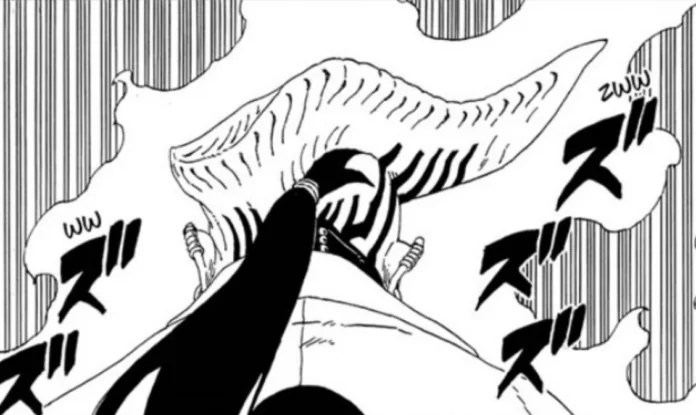 Boruto is really going great when it comes to Manga, we have to wait for the biggest in terms of thrill for the Boruto chapter 36.

The latest chapter 35 was the best so far, with many new revelations like Kaguya’s Partner, Jigen’s Power and earlier Chapters also revealed Jigen’s Weakness told by Kashin Koji.

SHONEN JUMP Announced That They Would Have a MAJOR Announcement Regarding the Future of The BORUTO Manga After Chapter 35… There is a “big” Change is what we’re about to see start with Boruto Manga Chapter 36 in July!

Boruto: Naruto Next Generation is a part of V-jump now, therefore from now on the chapters will be constant every month on the same date ie. in between 19-21 of the month, there won’t be any fluctuation or extra delays.

It is certainly true that something BIG will happen in Chapter 36 either a fight between Sasuke and Jigen, or Jigen going to see the vessels in Konoha.

Sasuke is wise enough to leave the current situation, as informing the village and Naruto is the top priority rather than fighting.

Keeping in mind Jigen is strong absorbing ten tail chakra and also looking like identical to Kaguya’s partner. Will Jigen go to see the vessels Boruto and Kawaki?

Sasuke vs Jigen will happen only if Jigen detects Sasuke’s presence or all of this scenario was a trap to lure him so Jigen might attack Sasuke and maybe he was just acting that he knows nothing in front of Sasuke.

If Sasuke returns to the village safely and tells Naruto everything that would be a better situation.

@OrganicDinosaur I thought they were heading to Tsunade’s location??? pic.twitter.com/tdhfzM7r41