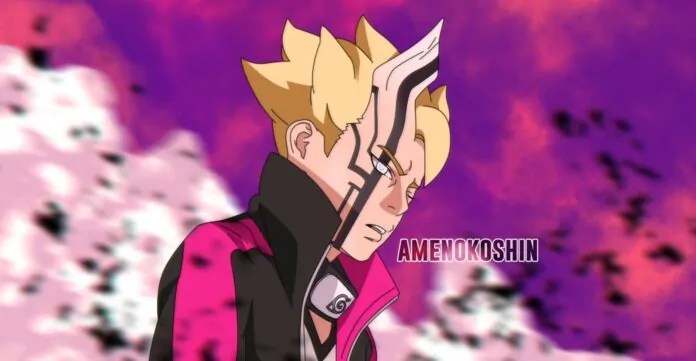 We have some big Boruto Chapter 43 Spoilers, Leaks, so this is the release thread for English Scans official links for Boruto manga, Live time left Countdown, Speculation, and chapter Discussion. Boruto Chapter 43 release date is on 20 February 2020. Discuss it in the comments section below this article or for questions, catch us on the Twitter handle. Image by Yoske.

Boro will be in handling new Team 7 after his regeneration abilities have ended. Boro might have some sort of other abilities too, so we have to wait.

What is the Release Date of the Boruto Chapter 43?

The Boruto Chapter 43 will release on 20 February 2020. The release time is according to this live countdown shown below for every country out there.

How much time left for the latest Boruto Chapter to be LIVE?

Where to Read/Watch Boruto Chapter 43 Officially? 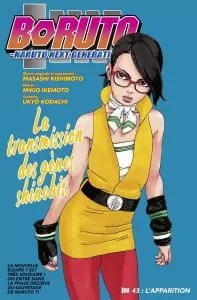 Title: “The Apparition” Yellow text: The transmission of Shinobi genes Black text: the new team 7 is very united. We enter the decisive phase of Naruto’s rescue.

It seems Boro has some technique left but he will run back to his place later and suddenly the portal will open.

Kashin Koji: Yeah… I will defeat him (referring to Jigen)

Last page: “They managed to rescue Naruto, but something happens to Boruto’s karma!?

“There’s still room for growth. Young boy with blue eyes. There’s still another level that you can access. You can have everything.”

Conversation between Amado and KK

Koji : Where are Boro and Code ?
Amado : They're out. Boro is watching over the Hokage. Code is at the ten tails.
Koji : Good
Amado : Are you doing this now

(implying that he was already aware of KK's intentions) pic.twitter.com/0NDN64Kf79

Boruto will finally awaken Karma stage 2 and Jougan possibly and will go on a rampage.

Who will save Naruto now?

Boruto, Kawaki, Kashin Koji, Mitsuki, Sarada, Sakura, Sasuke might play important roles in the upcoming chapters, the latest one being Chapter 43. Chapter 44 releases next month on the same date.

In earlier chapters, Kashin Koji said that he will try to kill Jigen because he is a bit weakened by the fight with Naruto, Sasuke. Will he be successful in defeating Jigen?

Discuss in the comments about Boruto: Naruto Next Generation’s latest Chapter below. Boruto manga is rising, keep supporting it. Also, check about the latest demon slayer chapter.