Boruto Chapter 44 release date is on 20 March 2020. Discuss it in the comments section below or for questions, catch us on Discord.

Images by Junebuart and Rin. Finally, we were able to witness Chidori by Uchiha Sarada, which damaged the core of Boro’s regeneration abilities. Boro was finally defeated but by the Momoshiki version of Boruto.

Time left for the latest Boruto Chapter 44 to be LIVE

Live Countdown to chapter 44 (Time left for the chapter on 20 march for every country):

The Promotional text of Chapter 44 says: “Boruto is becoming stronger because of the power of their Karma…!”

“There will be progress towards news developments in the Battle against ‘Kara’.!”

The main theme for all the current Vjump Manga series chapters this month is “Victory-grade powerup methods.” 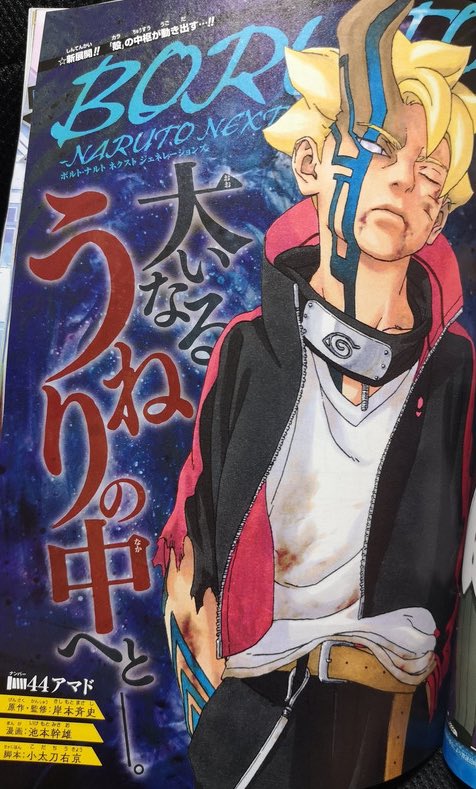 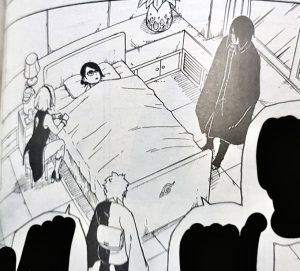 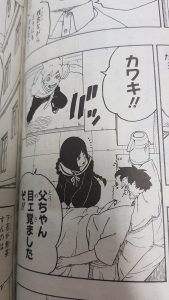 Sasuke is standing and healthy now, and everyone else is either healing or resting. Naruto and Sasuke both are perfect now. Now, we can have a sigh of relief that both Naruto and Sasuke survived and are now in perfect condition. 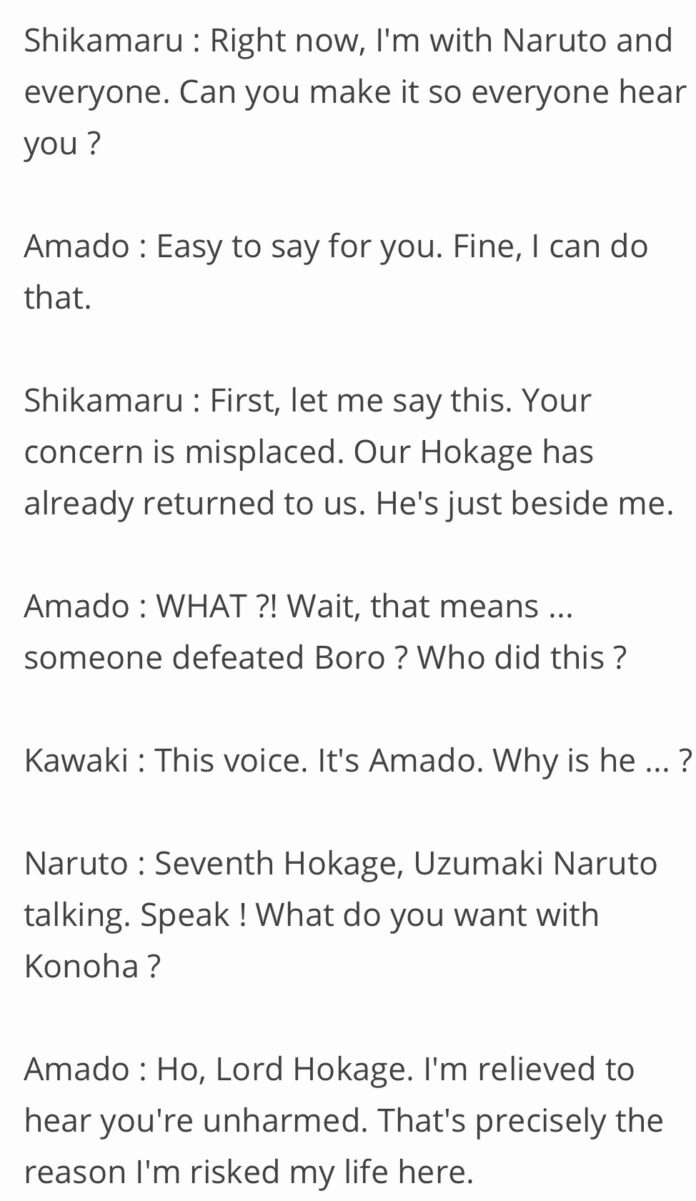 The chapter seems full of new information about Jigen and Kara.

No other spoilers released yet, but they will release by 19 March and fan translations, raw scan leaks, etc. might arrive at that time, therefore bookmark this page to stay updated. These days spoilers release a bit late due to the fact that various sources have ended sharing raw scans.

Stay tuned we will update this article thread as soon as any new information releases about this new Boruto Chapter 44!

But suddenly it was a clear victory for Team 7 and all credits go to Momoshiki, who came to save his vessel by taking control over Boruto and then Boruto literally overpowered Boro and defeated him by a finishing Rasengan which was performed using borrowed Chakra from Naruto. Naruto is now back in good hands.

In reality, Boruto was taken control by Momoshiki who before leaving mentions “Not-yet My blue-haired boy, it’s still away from that you will lose it all” and then Boruto collapses and does not remember a thing about what happened with him.

We hope Naruto will wake up soon and Boruto, Kawaki has chakra left for space-time ninjutsu, so that they all can return back to Konoha or maybe Sasuke may arrive to take them back and after that, Jigen vs Kashin Koji will take place in Chapter 44.

Kashin Koji at the end of the chapter is quite confident that he can defeat Jigen and even Amado (the scientist) knew of Kashin’s plan to end Jigen.

Discuss in the comments below about the Boruto: Naruto Next Generation’s latest Chapter 44. Boruto manga is rising, keep giving it support.