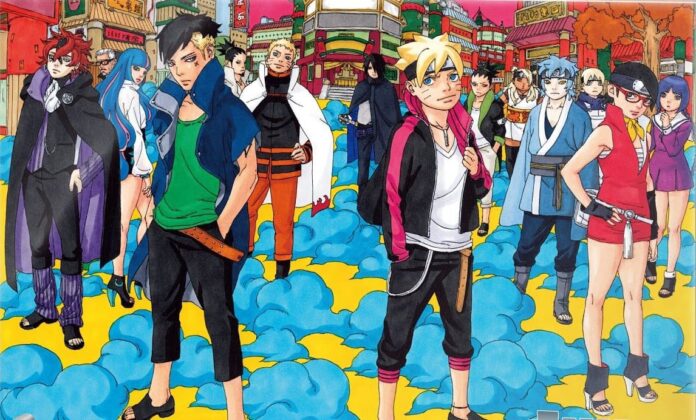 The earlier chapter brought a Karma return offer to Kawaki from Amado in the form of a weapon, while Code was busy gathering his Teammates besides Eida. Eida’s stronger brother who can fight entered the team, his killing speed, reflexes are insane, and has high potential. 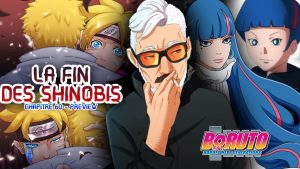 Chapter 60 Title: “Where You Belong” 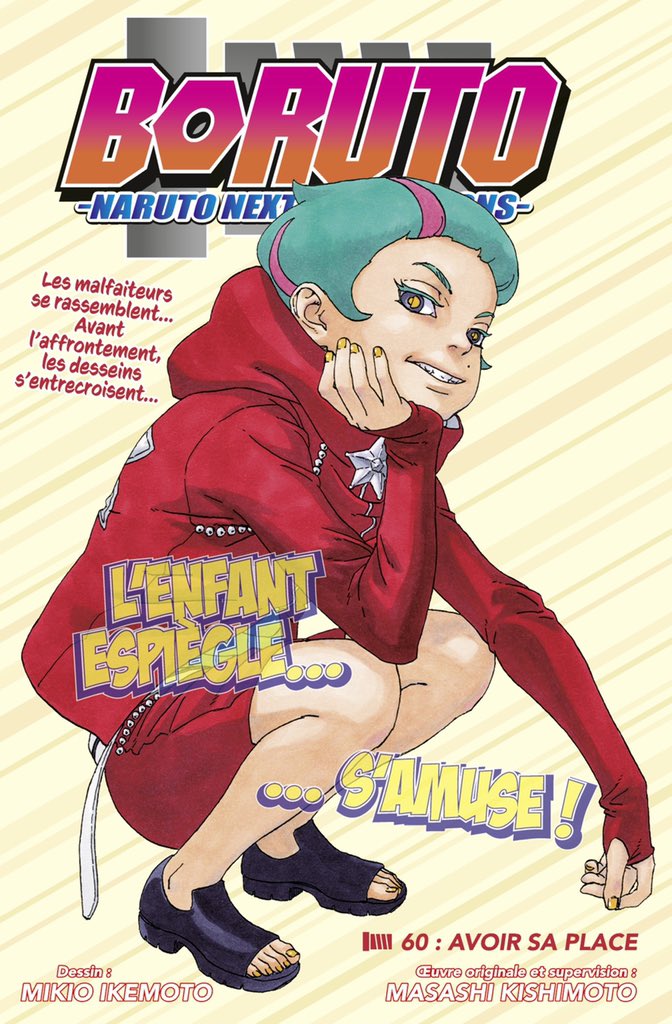 Boruto Chapter 60 last page text according to translations says: “Kawaki has finally reached the place where he belongs because he wants to protect those who have. acknowledged his existence.” 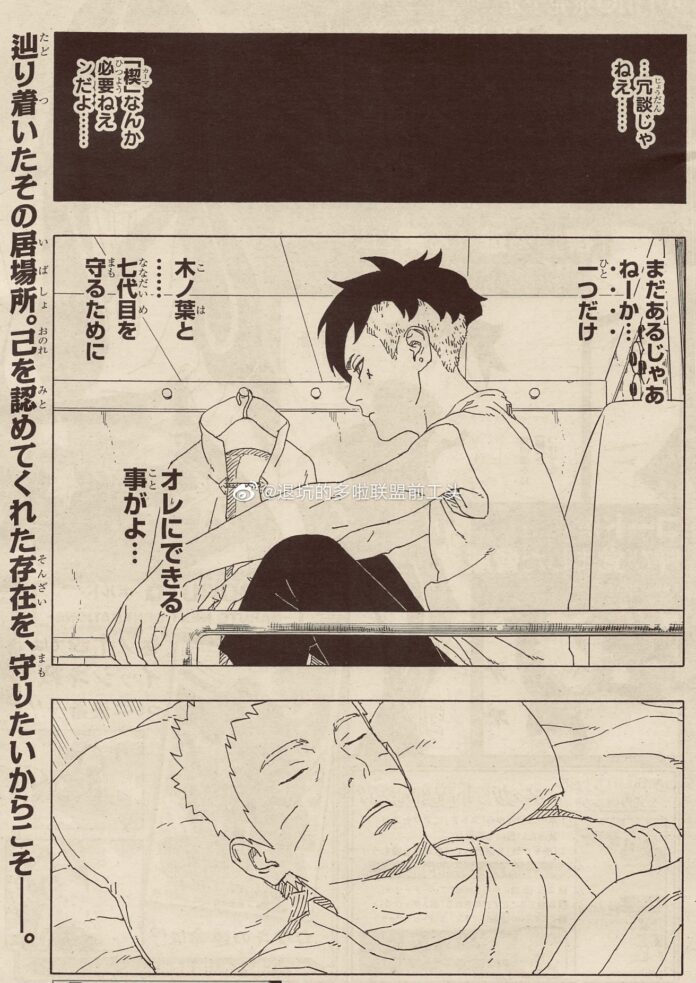 Naruto carrying kawaki back to the house. Kawaki trying on the shinobi headband. #BorutoCh60spoilers

(will be deleted after a couple of hours) pic.twitter.com/3sUps0JruM

Naruto carrying Kawaki back to the house. Kawaki trying on the shinobi headband. Naruto really cares about Kawaki just like Boruto and addresses him as his son. Spoilers courtesy Organic Dinosaur Twitter.

• Amado says: “I have no intentions of turning on Konoha, at all” x2

• Amado is supposedly working on making ‘a strong ally for Konoha’

• Mysterious silhouette of someone/something in body pod, fit for a cyborg appears

• Sumire is still worried about all of this

• Katasuke knows that Amado is working on this.

• Bug’s face gets smashed in by Daemon

• Ada is being sus, possibly concealing one or more additional abilities from Code

•Boruto has been taking two boba pills per day, for about a week already

• Naruto has to drag emo Kawaki back home for dinner (‘Baka-Musuko!’//”You silly son of mine!”)

• Vase is the centerpiece of the dining table, complete with flowers=

• Boruto lends Kawaki his old band, on one condition…

• Does it look better around Kawaki’s forehead, or around his neck…?

• Naruto pillow-talk to assure Kawaki: “This is your home, where you belong”

Boruto Chapter 60 Appendix Card Preview Text: “Code and his team going ahead with their plans! Boruto & the rest engaging…?!” Code is progressing towards gathering his team while Boruto and others are training!

Bookmark this page we will update you all as soon as any new information releases about chapter 60 of Boruto: Naruto’s next generation.

Boruto Manga Chapter 59 explores Kawaki’s new Karma seal that will be like Code’s White Karma. Amado offered Kawaki this deal in the reconstruction of his 80% Otsutsuki data to work for his benefit.

We also learn that Code, Eida, and Kara are gaining Cyborg members to assemble against Naruto and Sasuke as a Death Squad. They want to eliminate Naruto and Sasuke for destroying Jigen also known as Isshiki Otsutsuki. There is a possible Boruto theory that Amado is the main bad villain in the end and he has planned all of this for his benefit! Thanks to Anime Balls Deep Youtube for reporting.

These things might happen in the upcoming Boruto Chapter 60, 61, 62 and would be really interesting to see: