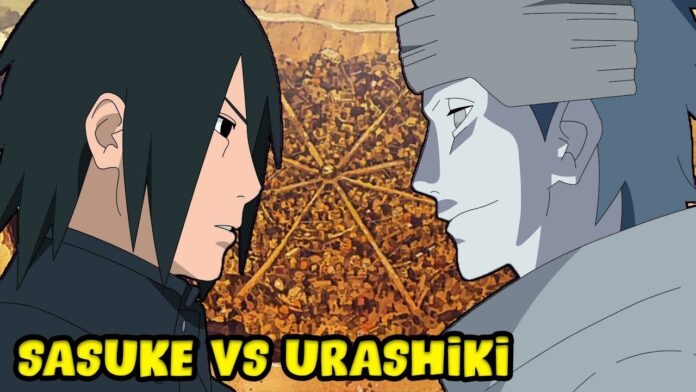 Boruto Episode 120 is the beginning of the Urashiki arc on 18th August 2019. Currently, as per spoilers, this is a small arc, but it might lead to another big arc.

We are happy that we are finally getting Urashiki Arc in the Anime. Shinki, Gara, Sasuke, Boruto and Urashiki will be involved in the upcoming Episodes. It will catch up to Manga soon. Episode 120-123 Spoilers are below.

Boruto Manga is going lovely, though it may spoil the anime series. The manga will debut with its much-anticipated Chapter 37 on August 20, 2019, which will feature Naruto vs the new villain (Jigen).

During the time of the Chuunin Exams, Sasuke became Boruto’s mentor. Since his mentor tends to be away from home, Boruto hasn’t been able to receive much training from him – He’s gotten tired of waiting on him to come back.

But on this occasion, a message arrives at the village from Sasuke. Boruto stealthily eavesdrops (listens) on the contents of it, and finds out that Sasuke is going to be dropping by for a short visit at a certain location in the “Wind Country”.

But at the same time, various accidents keep happening -one after another – and he isn’t readily able to reach his destination. Will Boruto actually be able to meet up with his mentor!? 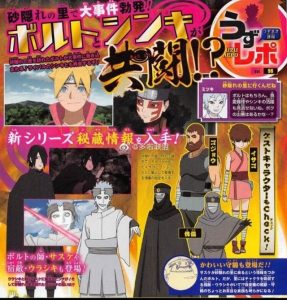 Sasuke vs Urashiki will take place. Boruto finally managed to arrive at Sasuke’s location. However, Sasuke completely vanishes in front of Boruto’s eyes due to the incredible and mysterious powers used by Urashiki – who’s from the Otsutsuki Clan. 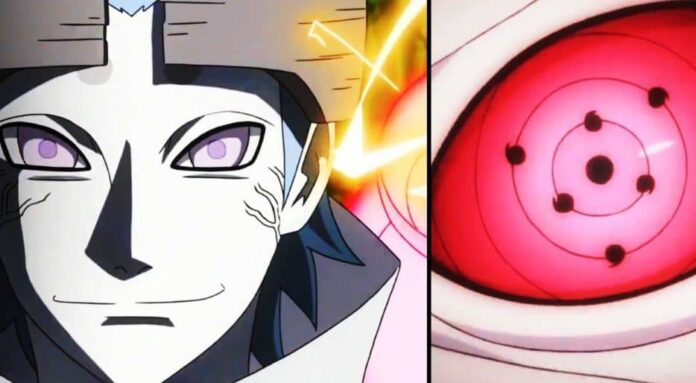 Sasuke – along with the Kazekage (Gaara) and his adopted son (Shinki) – were in the midst of battling Urashiki. Urashiki was aiming to get the vast amounts of chakra that was hidden within the one-tailed beast: ‘Shukaku’ the Ichibi.

During that time, Gaara successfully halts Urashiki’s movements with a ‘Fuinjutsu'(/Sealing Technique). However, it seems as though it would only be a matter of time before he would get released from the Jutsu.

And so, Gaara commands Shinki and Boruto to head towards Konohagakure together, which is where Naruto resides, to try and give refuge to Shukaku for him.

With Gaara’s older brother (Kankurou) as their leader, Boruto and Shinki head towards Konohagakure Village while protecting Shukaku.

However, the puppets that were sent out by Urashiki appear, and they attempt to pursue them while they’re en route. Kankurou sensed that their opponents would be formidable enemies.

He then entrusts Boruto and Shinki with Shukaku, and makes them hurry up – forcing them to go on ahead of him; Kankurou fights against the enemies on his own. 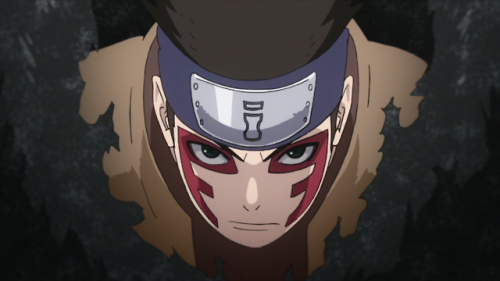 Despite being entrusted with an important duty from the Kazekage, Boruto and Shinki seem to be repulsed with working together. In the end, the two of them have decided to do things separately.

During that time, Urashiki’s puppets appear in front of Shinki. The puppets have been relentlessly coming after Shukaku.

Shinki is forced to battle against them on his own; He bravely puts up a good fight against the enemies who boast of their high-level combat strength.