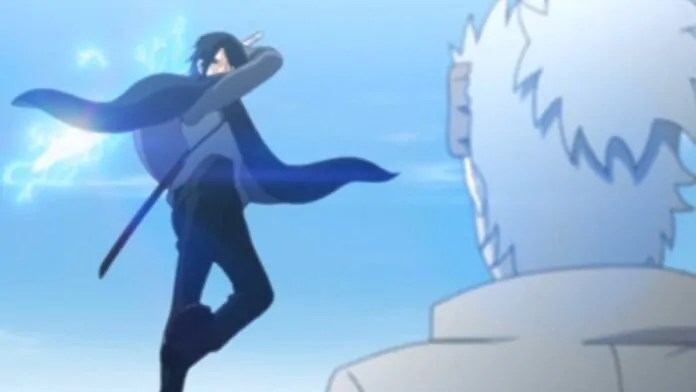 Howdy, everyone. This is Boruto Episode 125 Release Thread, Sasuke returns!

Boruto and Shinki were facing off Urashiki and were being overpowered even after their best Strategy. And Sasuke then arrives. Scans by Halloween_71612 WEIBO and Translated by Omnitos. 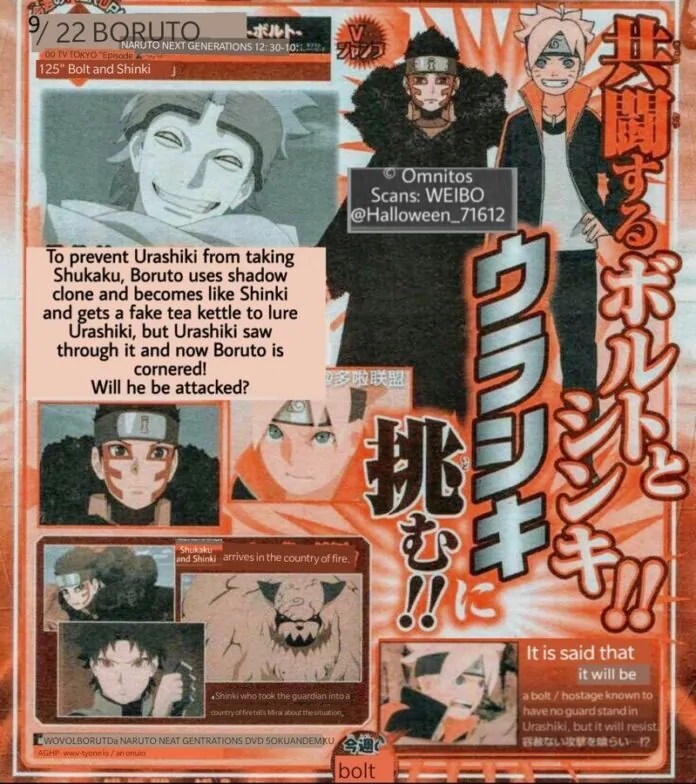 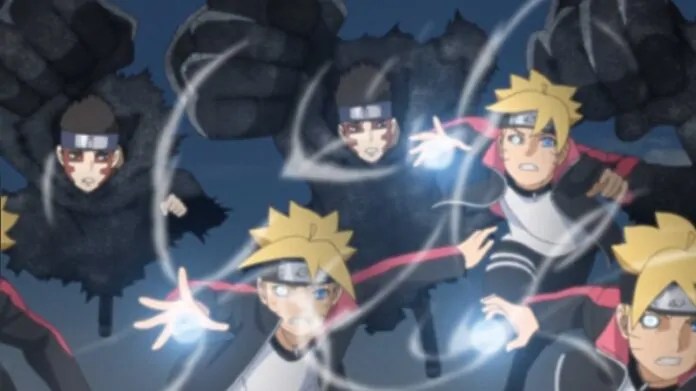 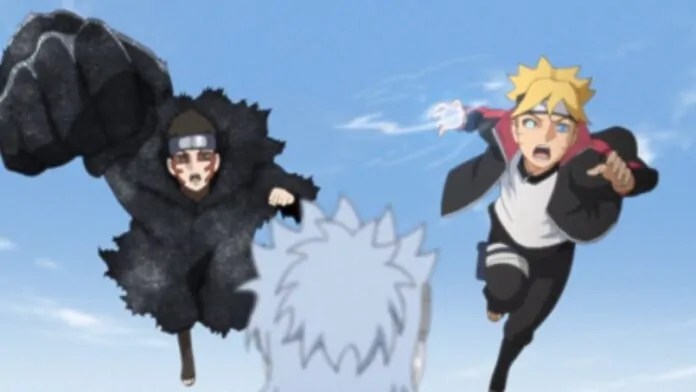 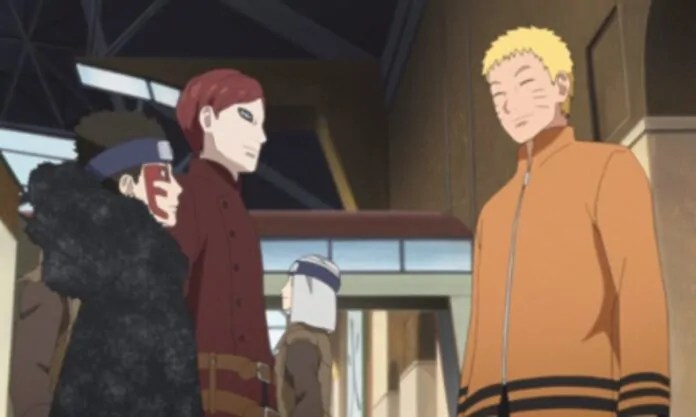 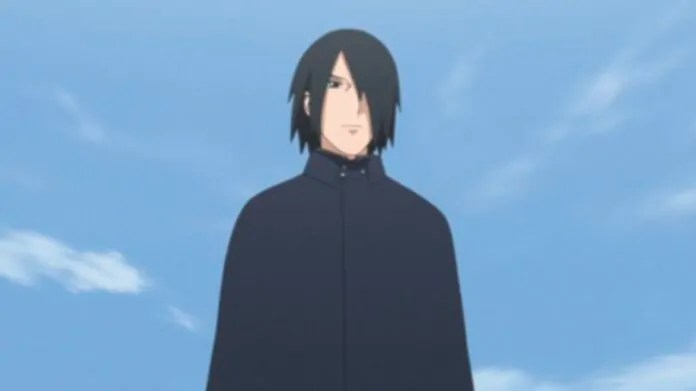 Boruto and others successfully brought the Shukaku (one tail) to the Konoha Village, and for the current time, Shukaku will stay at Naruto’s house which will stay away from the sight of the Urashiki.

The Shukaku was placed in the teapot. When Himawari saw Shukaku, she was very happy to call it “Shukaaku”.

Shukaku then listens to the story of Naruto when Himawari beaten Naruto which resultantly even stopped nine tail’s movements. Later, Shukaku is thinking of some plan.

Title: “ICHA-ICHA Tactics” (Icha-Icha are those 18+ flirting books by Jiraiya)

Boruto heard about the story of the master of his father who was called ‘Jiraiya’ and decided to know what was going on.

Boruto visited the Uchiha family to seek guidance from his Master Sasuke.

When Boruto mentioned this Jiraiya word, Sasuke’s daughter, Sarada, thought that she had a book published by him (Jiraiya) called “Intimacy Strategy (Ichi)”, so they began to look for the book.

What kind of book is the “ICHI ICHI” written by the ‘great ninja’ who was called “the legendary three-bearing Sanin” together with the fifth-generation Hokage Tsunade and the Orochimaru?