Hey Everyone, I’m back with some Naruto: next-generation Boruto news. We have got some major Boruto English Subbed spoilers and in this article, we’ll talk about those, so let’s get started. There will be no episode on January 3rd due to New Year.

Boruto, Sarada, and Mitsuki have come together and formed Team 7′. The three, led by Jonin Sarutobi Konohamaru, have received their first mission. The mission details – the repelling of bandits who have been attacking a village, and making it so that they never come back again. Boruto and the others immediately depart for the village and come face-to-face with a young woman named Kiri, who is the daughter of the village chief who had suddenly passed away and has inherited her father’s role, and the others who support her. 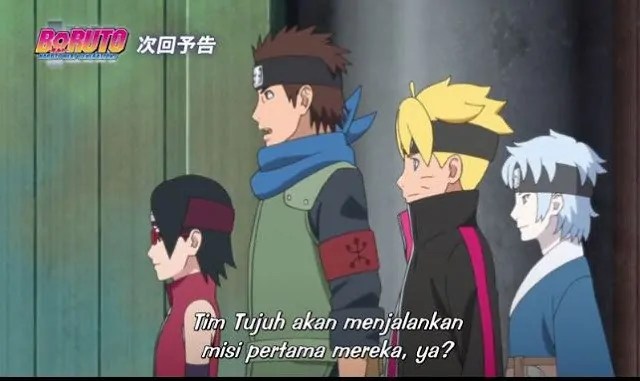 Episode 41, The Power of Unity

The ninjas who were disguised as bandits have kidnapped Kiri. As Genin, Boruto and the others are not originally meant to be given missions that involve fighting other ninjas. However, due to the pleading of the village and through Konohamaru’s judgment, Team 7 now has their mission changed from “Repelling Bandits” to “Rescue Kiri”. 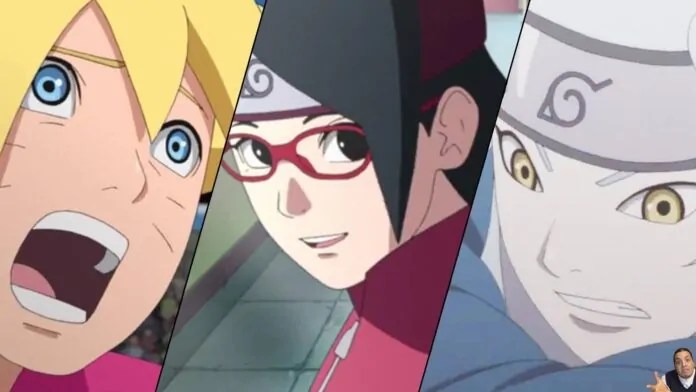 Episode 42: The Work of Shinobi

Ever since their first mission, Boruto has been extremely unsatisfied with all the simple and plain missions they have received. It was to this Boruto that he and Team 7 received the mission to “capture the criminal who is holding up the bank”. Boruto is all fired up to be able to show off after such a long time. However, after arriving at the scene, the criminal who faces them is just a weak man who was unfairly fired from his company recently. 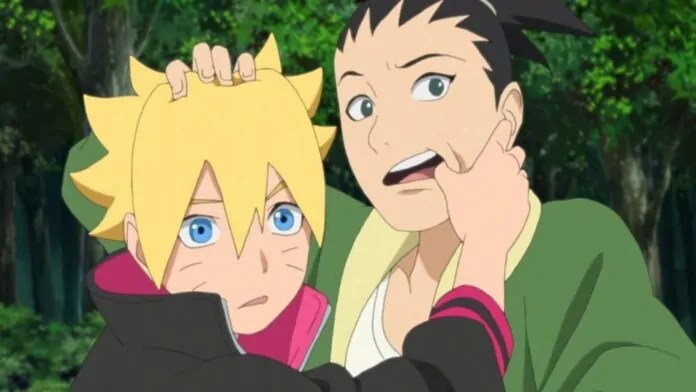 Episode 43: The Appearance of the White Night Band!!

An event thought to have been caused by a group of bandits called the White Night Band has occurred at the Village of the Hidden Leaf. The White Night Band are “righteous thieves”, who steal money and items of value from the rich, and give them to the poor, and have been through several villages. Although they are “righteous thieves”, Boruto holds a strong dislike for them due to stealing from other people and involving people who are unrelated and goes to seek Shikadai’s opinion. However, Shikadai expresses that maybe there are things that cannot be measured by good and evil. 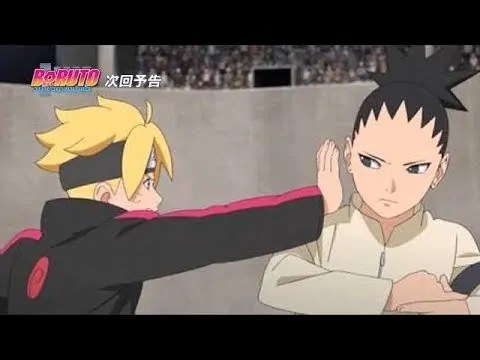 We only have the title of Episode 44 and we can see from the title that Shikadai has some kind of doubt and this episode is going to be a Shikadai centric Episode.

That’s all for this article for future Spoilers and News, Allow us to show you the notifications for more news.