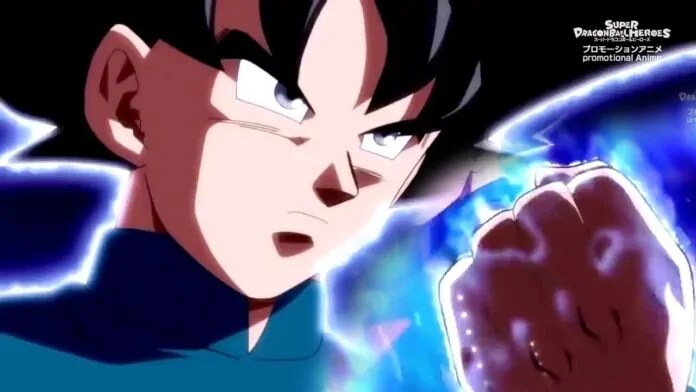 Hello, everyone. We as fans are damn excited for Dragon Ball Super coming back in July 2019 but TOEI is denying this leak as they always do, but please believe the DBS Community which is working to provide the latest information like Geekdom101.

Coming to the Super Dragon Ball Heroes Promotional Anime for an Arcade game, it will continue until any further notice with the Universal Conflict Arc with universal villains.

We advise you all to use Official sources to watch the Dragon Ball Heroes to support it, here is a link to Official Site where you can watch in Japanese.

If you want to watch the latest Episode in English Sub it will be posted by Terez27 on Youtube.

Episode Translations are generally done by Cipher, Herms98, Sailorspazz and edited and organized by Terez27.

Translated by Sailorspazz: SDBH #ep10: Utilizing Ultra Instinct Omen, Goku unleashes a fierce attack against the Core Area warriors. Having been caught off guard and absorbed by Oren before, Vegeta trembles in fury.

Will they be able to stage a counterattack against these limitless foes? We will see Goku fight in that new Grand Priest Avatar, and even Vegeta will fight against the ‘Universal enemies’ this time. Will we see a new powerup?

When is Dragon Ball Super Returning?

If you remember a few weeks ago a story broke about Toei trying to sell these episodes to licensers at the various different industry Expos, the return of Dragon Ball super to TV has been discussed and talked about since last year September of 2018, that’s when production actually began, of course, that was pre-production.

When will be DBS Officially Announced?

We are sure many of you are asking when the ‘Official Announcement’ for this is coming, we can’t give you a definitive answer on that but the suspected time, we’re gonna get an official announcement is probably between April 26th, 27th or 28th which is right around the time that we had the 30th anniversary of Dragon Ball Z and right around the time that Dragon Ball super the first part of the series in 2015 was announced.

What will be the New Arc with which Dragon Ball Super will start?

Now another question that might come up is what’s up with the ark so we’re gonna get a Broly retelling as far as I’ve seen as far as I’ve been told know the Broly movie is not going to be retold however don’t quote me on that because I’m not a hundred percent sure because different people have said different things.

One person actually stated that the staff is following them on was the quote that Geekdom was given and when you talk about following that could mean like that they’re doing the Moro (galaxy petrol arc which is in Manga right now) or it could be the story following the Moro arc.