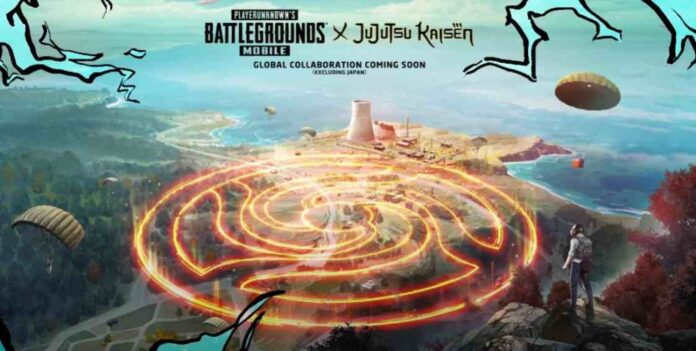 Today we are going to discuss Jujutsu Kaisen to collaborate with PUBG Mobile for the upcoming season. Good news for all the anime and gaming fans out there. PUBG x Jujutsu Kaisen collaboration has been confirmed. PUBG Mobile has always stood out when it comes to incorporating new crossovers in their game. They have had crossovers with Resident Evil and Godzilla in the past which were all very exciting and cool. This will be exclusive to mainland China and Japan.

Not long ago, a 2021 team-up challenge video for the Pertandingan Final was released on PUBG mobile’s official youtube channel. The video detailed a lot about the crossovers that happened in the past with the game. It also talked about various other stuff. In the video, it was revealed that they are going to have new crossovers and interestingly one of them is a PUBG x Jujutsu Kaisen crossover. 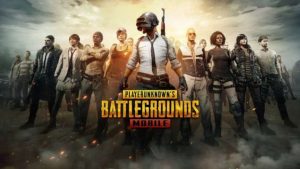 The other crossovers that were announced were with Alan Walker and Zaha Hadid. Alan Walker is a Norwegian DJ. Most of you might have heard his hit songs “Faded” and “Sing me to sleep”. This is not the first time the DJ has collaborated with the game. In the year 2019, he released two new singles, “On My Way” and “Live Fast,” in association with PUBG Mobile.

Jujutsu Kaisen is a very popular Japanese Manga series. What I mean by “very popular” is that it is the second best selling manga of the year just behind Demon Slayer. It has sold an estimated 23,797,483 copies this year alone. The anime adaption of the series premiered on 3rd October 2020 and ran till 27th March 2021. The release of the anime has had a lot to do with the sales of the manga. Once Jujutsu Kaisen anime aired, the sales of the manga skyrocketed. Now you can see why PUBG has chosen to collaborate with Jujutsu Kaisen. 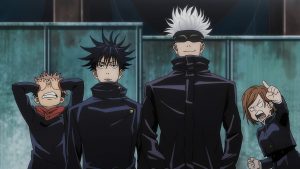 The anime itself garnered quite a lot of popularity. The series focuses on Itadori Yuji a high schooler who accidentally swallows a cursed finger. This finger belonged to Sukuna one of the most powerful curses of all time. Itadori has two options before him, either join the high school for sorcerers Jujutsu high and help find the rest of the cursed fingers of Sukuna and then executed or just get executed immediately. Guided by the best sorcerer in the world Gojo Saturo and teamed up with Megumi Fushigaro, a talented and silent budding sorcerer and Nobara Kugisaki the weird but very badass sorcerer, he sets on a journey to fight curses and find the rest of the fingers.

It is pretty sure almost everybody has heard of the anime especially because of the character Gojo Saturo. The extremely well illustrated and handsome Jujutsu High teacher has been taking the internet by storm. If you haven’t seen the anime yet you can head over to Crunchyroll to stream the first season. You can also read the manga chapter on Viz media’s official website. That is all about Jujutsu Kaisen to collaborate with PUBG Mobile for the upcoming season.