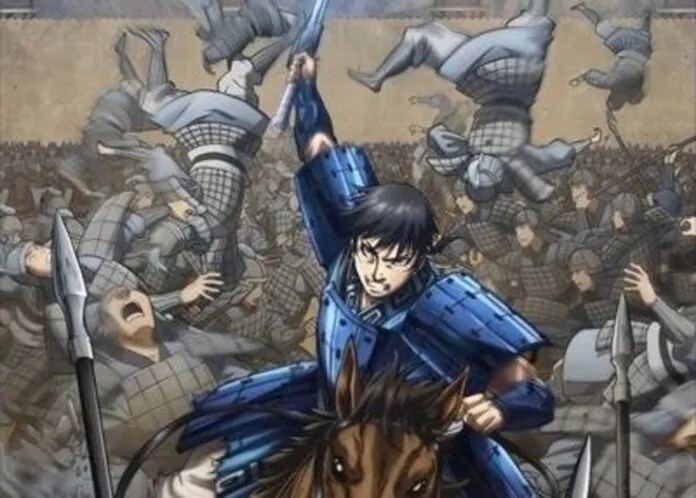 Following the huge success of its live-action adaptation, Kingdom Tv Anime series is returning this spring with its third season. The kingdom anime recently announced its release date which is scheduled for April 5, 2020, on station NHK-G will air on the same slot as of Attack on Titan and Vinland Saga. The new season consists of a total of 24 episodes.

The TV show recently released a new teaser promo a while ago.

The fans are really pumped up about the new season as the new season is expected to be a fully hand-drawn with minimal use of CG. Also, author Hara will be personally supervising the project with whole new production staff at renamed studio Signpost.

Kingdom Season 3 will start with adapting one of the most famous kingdom arcs- Coalition Invasion Arc.

During the alliance between Zhao and Qin, and while Qin was fighting to expand its borders, the prime minister of Zhao, Ri Boku worked with the prime minister of Chu, Shun Shin Kun behind the scenes. Their goal was to create a coalition army consisting of all the warring states with the sole purpose of destroying Qin. Their scheme was successful and a huge army of 540,000 troops was formed from all states except Qi.

As said earlier Kingdom S3 will have a new production staff with After School Dice Club director Kenichi Imaizumi onboard. The Legend of the Galactic Heroes: Die Neue These’s Noboru Takagi as scriptwriter and Berserk’s (2016) character designer Hisashi Abe.

If you are unfamiliar with Kingdom, Kingdom is a historical manga based on Warring states of the era written by Yasuhisa Hara and published in Weekly Young Jump since 2006. An anime adaptation premiered in 2012 and sequel in 2013. Both seasons were streamed by Funimation. The manga inspired a live-action film adaptation by Shinsuke Satō that opened in Japan last April.

Hara’s historical manga centers around the slave boy Xin and his dream of becoming a great general for the state of Qin. Xin helps Ying Zheng, the young Qin king who shares his desire to unify China, rise to power within the state. Xin does all he can to become a superior commander of an army capable of defeating the Seven Warring States.