How’s it going, everyone. Today is a special day because we have our first look at ‘Thanos’ and Avengers Endgame, thanks to this leaked cover of ‘Empire magazine’. This post will contain Spoilers. Reported by Cosmic Wonder.

This is the first time that we’re seeing Thanos and how he’ll appear in Avengers Endgame besides a concept art leak or Lego leaked we have two full trailers for Avengers Endgame and a TV spot and Thanos is not shown in any of them besides a glimpse in the teaser. 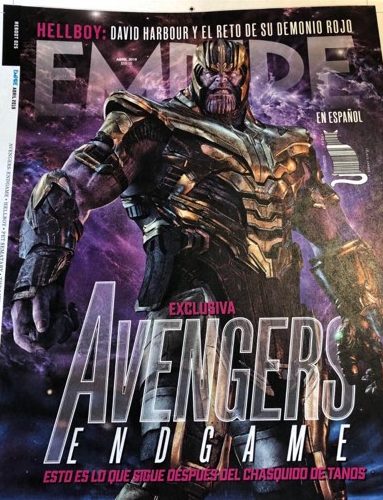 We know that he’s going to wear his armor a lot more in Avengers Endgame than he did in Avengers infinity war, we also see the Infinity Gauntlet in his left hand and unlike what we see in the trailers.

With this Empire magazine leaked we also get a picture of Thanos on his farm in Titan 2 something which we already heard during the spoilers from the shareholder meeting. 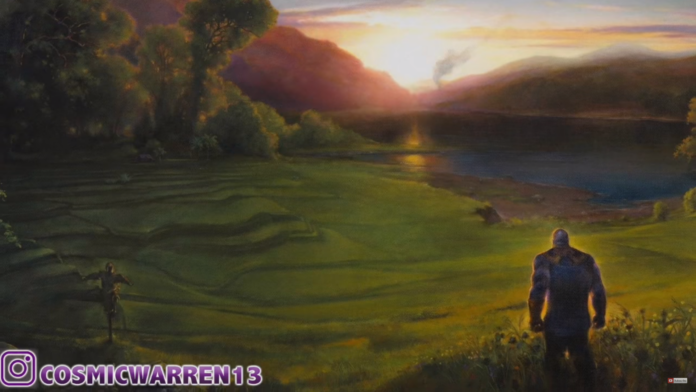 Well, there is another Empire magazine cover with all of the original six Avengers on it, nothing is really different about how the Avengers look on this cover, in fact, most of these photos are simply reused from the promotions for infinity war. 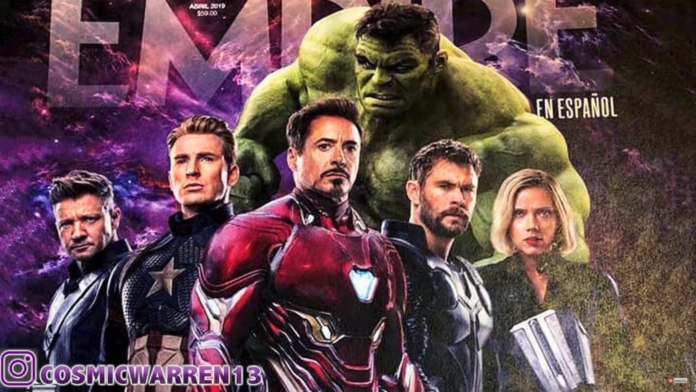 However, Captain America does look different he’s clean-shaven and he does have on his scale uniform. The actual release of these Empire Magazines worldwide is scheduled for March 21st in which we could hopefully learn a little bit more about Avengers Endgame and possibly get some new photos from the movie as well.

Again we have expected that Thanos is going to wear his armor a lot more in Avengers End Game than he did an infinity war and the fact that he’s on the cover of Empire Magazine with the armor leads us to believe that even more.

So, let me know what you think about this leaked photo for Empire magazine for Avengers Endgame where we see fan OHS for the very first time.

What do you think about the photo and do you think that the Infinity Gauntlet will be repaired in Avengers Endgame? let me know your thoughts in the comments down below.