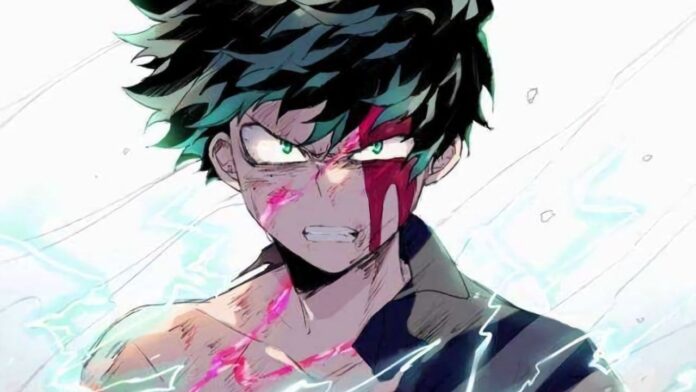 My Hero Academia is one of the most popular Japanese manga series set in a world where almost everyone is born with superpowers. The series revolves around the journey of Deku, who wishes to become a hero like All Might.

In the last few manga chapters, things have been rocky for Deku; however, his classmates assure him that he isn’t alone in the battle. And after so long, Deku finally listened to what his friends had to say. Now, everyone is eager to see how things will pan out in the upcoming chapter.

My Hero Academia is the story of a young boy named Izuku Midoriya who does not possess any superpowers, unlike his peers. His ordinary life changes when he encounters All Might, the greatest superhero to have ever graced the planet. All Might helps Izuku to join the U.A High School and pursue his lifelong dream of fighting evil. Will Izuku Midoriya be successful in his quest?

My Hero Academia has a multitude of characters divided into different categories namely, Pro Heroes, Villains, and Civilians based on their natural attributes. Following are some of the important characters in the series.

Mina talks with Deku about returning to U.A. High for the sake of the to continue with classes together. Deku replies that he is glad to do that, but he is afraid to put everyone in danger. Bakugo joins the two and asks if Deku remembers what he told him after Tomura Shigaraki’s attack. Deku replies that he doesn’t remember, and Bakugo told Deku not to try to win this alone and talked about how he feels about Deku. Bakugou also reveals how he belive that Deku was looking at him as weak and how he can surpass him. Later the students’ appearance changed to their uniform and head to U. A High where Bakugo calls Deku “Izuku.” Bakugo looks down and apologizes for everything that he has done until now.

The MHA manga follows a weekly release schedule, but the Weekly Shonen Jump magazine is on a break this week. So, unfortunately, we won’t get to read a new My Hero Academia chapter this weekend.

Due to the lack of preview at the moment there hasn’t been much development in terms of spoilers. My Hero Academia Chapter 322 ends with the public protesting Deku’s entrance into UA grounds again. Ochako too seems to have gone through a transformation in her confidence, grit, and determination. My Hero Academia Chapter 323 will continue Deku’s return but will possibly see the end of Deku’s solitary burden now that UA is with him.

All Might, Aizawa, and the other teachers at UA may also be making an appearance soon.

At the time this article is being written, the new release date for the My Hero Academia chapter 323 is Sunday, August 22nd, 2021.

Shonen Jump confirmed the above release date, so you don’t have to worry about the chapter getting delayed any further.

Don't forget: take a snack break every now and then! pic.twitter.com/83hNXsp5dU

Considering the manga’s past release record, chapter 323 will release at Midnight JST (Japan Standard Time). However, the release timing may vary for international fans, so here’s when you can read the chapter’s English translation in your time zone:

Where To Read My Hero Academia Manga?

All chapters of the MHA manga are available to read on Viz Media. The platform lets you read the first three and the latest three chapters for free. Other than that, Manga Plus is also a good choice if you want to read the latest chapters.