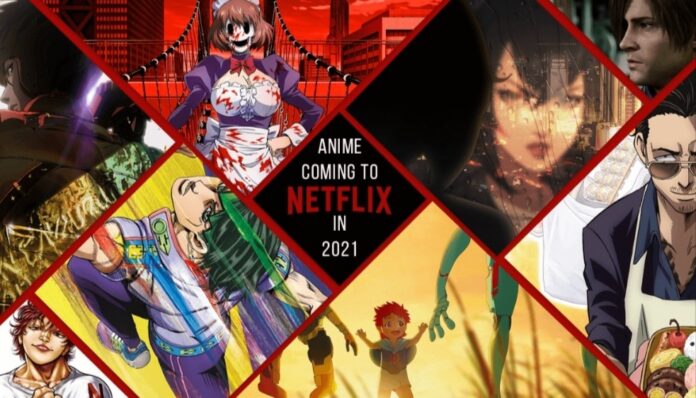 During the Netflix anime festival in 2020, the streaming company announced 16 anime titles coming to service in 2021. While 5 of them are brand new anime. The streaming platform confirmed five original anime series to stream in 2021, around the globe!

It seems like every year Netflix is getting more and better anime to the platform. Isn’t that just an amazing piece of news? Let’s go over the new titles set to come up in 2021, and see what we have in store.

One of the anime series to stream in 2021: Record Of Ragnarok

Netflix has received its involvement with an anime adaption of hit Japanese manga “Record of Ragnarok. The show is about an epic fight for the fate of humanity, will premiere in June this year. Also, to join the streamer’s burgeoning slate of anime content.

Based on a manga by Azychika, Shinya Umemura and Takumi Fukui, ” Record of Ragnarok” is the story of 13 gods and 13 of the world’s most notable humans fighting one-on-one battles to decide the fate of humanity.

Previously, Warner Bros. Japan announced this series, which is the series’ producer. But the streaming company confirmed that Netflix will release the show simultaneously. Hence, making it one of the five anime to stream in 2021.

Another Anime To Stream in 2021: Yasuke

Netflix teased a new glimpse of the upcoming project “Yasuke,” which premieres on April 29, 2021. Also, Yasuke is one of the most awaited anime to stream in 2021.

The series boasts character design by Koike Takeshi and is produced at Mappa. Give me a better reason not to include this series in one of the anime to stream in 2021?

Brand new stories like Eden and Yasuke are brought to love by a wealth of international creators. Making them a top priority to include in the list of ‘Anime series to stream in 2021.’

Furthermore, to strengthen Netflix’s ambitions to diversity their lineup of original anime by working with the top creator’s from both in and outside of Japan. The show is premiering on 27 May 2021.

Eden heads off in the other direction, hurtling thousands of years into the future to a city that is inhabited solely by AI robots whose former masters vanished long ago. There, two robots secretly raise a human child who is awakened by stasis.

The series is directed by Irie Yasuhiro (Fullmetal Alchemist: Brotherhood), produced by Justin Leach. Also, it is based on a concept by Christopher Ferreira. Animation production is by CGCG.In 2019, the first concept design was unveiled at the Annecy animation festival.

The Way Of The HouseHusband

Based on a story by Kosuke Oono, HouseHusband is the tale of a fearsome yakuza who tries to settle down anonymously. But he keeps finding his past coming back to haunt him. The attend-grabbing story plot made the anime include in the list of ‘anime to stream in 2021.’

It is directed by Kon Chiaki (Nodame Cantabile), with animation production by J.C.Staff. The voice cast includes Tsuda Kenjiro, Ito Shizuka and Okitsu Kazuyuki. The show is premiering on April 8, 2021.

The show is produced by TMS Entertainment under the supervision of Capcom Co. Also, the anime is a full 3DCG animation production by Quebico. The show will debut later this year.

Resident Evil:- Infinite Darkness, probes a mysterious viral infection; a mysterious drawing, and a pattern of zombie outbreaks that start at the White House.

“In just four short years since launching our creative team in Tokyo, Netflix has expanded the reach and overall audience of anime- a category is conventionally seen as niche,” said Taiki Sakurai, Netflix’s chief producer of anime.

In Japan, almost one out of two households watch at least 5 hours of anime on the service every month; equal to at least one season of a 2 episode show.

The company’s in-house anime team in Tokyo has grown from one acquisition executive to a staff of more than 10 over the same period. 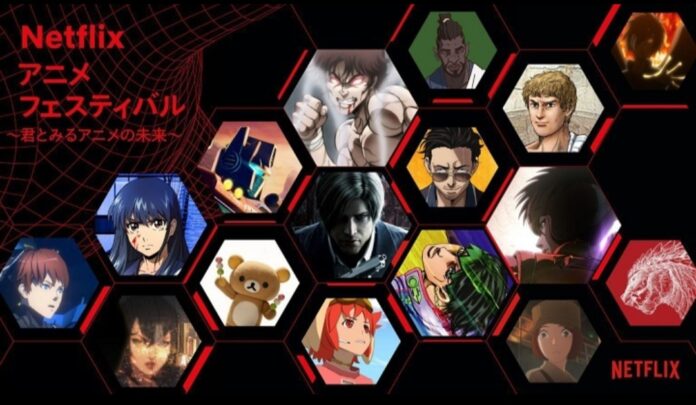 The five new and confirmed anime to stream in 2021 mean that Netflix expects to be able to release some 40 new anime series the same year. That is roughly double its anime quotient of last year!

So, there we go! Five new anime titles coming to Netflix in 2021 and we all just can’t wait! Also, thanks for reading “Netflix Confirmed Five Original Anime Series To Stream In 2021.”

For more latest updates & news, stay tuned to us!