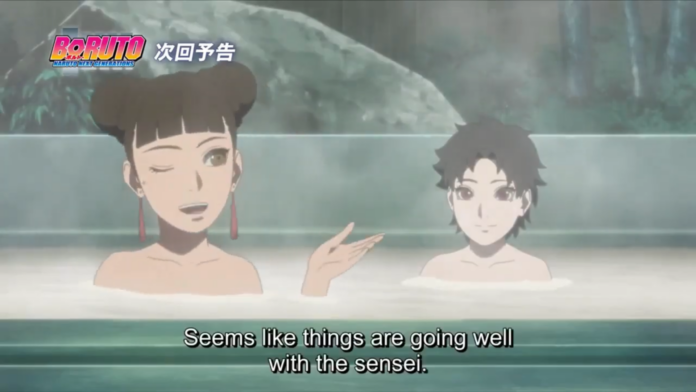 Hello, everyone. Boruto Episode 108 release date is on 26th May 2019. Please watch episode 108 from legal sources and support the anime officially.

Boruto Episode 108 titled: “The Chronicles of ninja at the spa: the inn ghost“.

It will be the third episode of this arc, which is also adopting the Naruto: Konoha Shinden. The synopsis goes like this as per translated by the Organic Dinosaur on Twitter.

The former student of Gai, ‘Tenten’, has come to bring Mirai’s luggage, the two girls decide to relax together at the spa in the hot water spring. 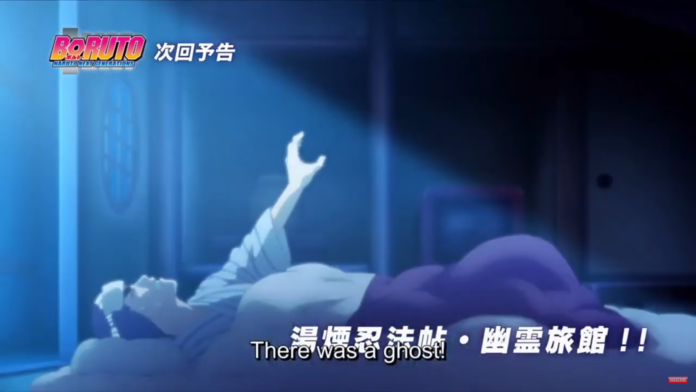 Suddenly, Gai begins to complain about the presence of a ghost in his room, and then he realizes the wonder of Mirai to learn of that exclamation. Therefore, Mirai begins to investigate in order to discover the truth about the mystery behind this ghost“.

Boruto: Naruto Next Generation is going good, and we hope the story has something big to offer in the upcoming Episodes and new upcoming arcs.