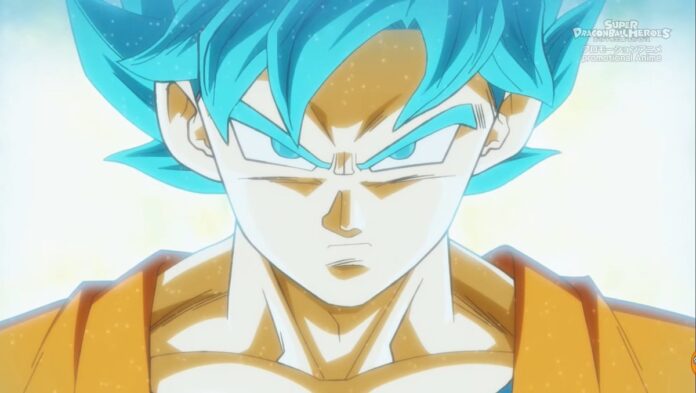 Today’s Episode 13 was insane. Here we will talk about Dragon Ball Heroes Episode 14 Release Date which is 28th July, where to watch, Spoilers/Synopsis?

Talking about DBH Episode 13, which had lovely animation just like Shintani. Special thanks to DBShype on Twitter for the report. Translations by PokéMixr92.

Synopsis: “Slowly but surely, Goku is being overpowered by Hearts’ fierce attacks. Meanwhile, Piccolo and Android 17 are fighting Kamioren.

With their combination the battle seems to proceed to their advantage, however, with the Universe Seed suddenly releasing/omitting light, the situation makes a turn-around (turns for the worst).

With its veil finally removed, just what could the power of the threat that is the Universe Seed be!?”

Uncertainty is high. How will this earthshaking battle end?!” Will Goku power up?

Or will Vegeta power up? Or will Goku get back Perfect Ultra Instinct? Will Cooler be an ally? What is the plan of Fuu? Who will win?

We advise you all to use Official sources to watch the Dragon Ball Heroes to support it, on the website of Carddass, here is a link to Official Site where you can watch in Japanese.

If you want to watch the latest Episode in English Subbed it will be posted by Terez27 on Youtube Channel after translating it.

(Episode Translations are generally done by Cipher, Herms98, Sailorspazz and edited and organized by Terez27.)

There are several reasons for the delay of Dragon Ball Super Anime announcement 2019: