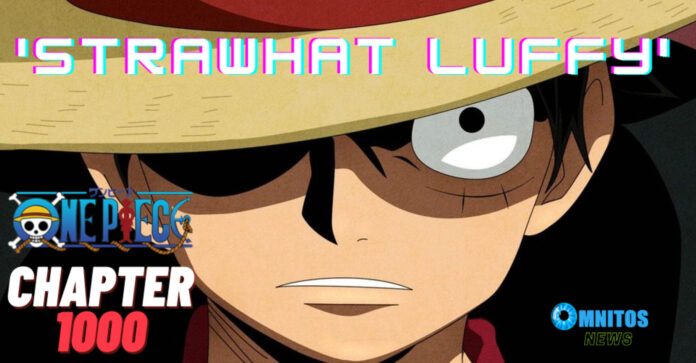 The last chapter ended with Yamato talking about D in Luffy’s name, Kaido and Big Mom’s alliance swearing to get one piece together and solve with each other after that, Big Mom also reminded Kaido of the favor she did for Kaidou and she owes him when the Rocks Pirates disbanded that day at the God Valley. And now Momonosuke and Otama know the history of Ace thanks to Yamato.

We never thought the simple title “Strawhat Luffy” to Chapter 1000 of One Piece could invoke such surprise and such hype, but it’s making me feel goosebumps. 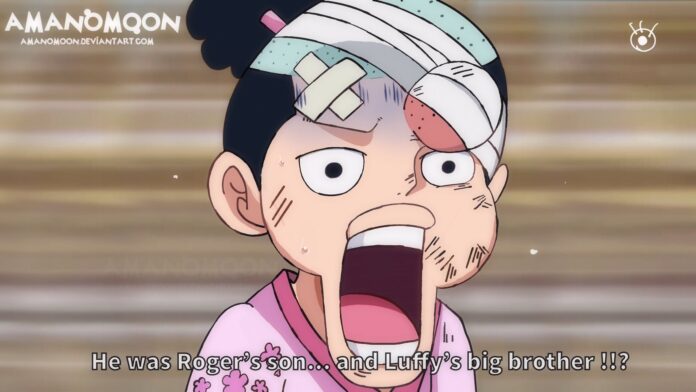 Looks like the spoilers will be out super early, but we only have the title for now

One Piece Chapter 1000 Spoilers Status: Spoilers, leaks, raw scans not released yet. Just the title was revealed. The next chapter would really be a thriller, as Kaido is about to increase the level of the fight by landing Onigashima at the Flower Capital.

The One Piece 1000 spoilers, leaks, raw scans, summaries, English translations have not been released yet. We will update you as soon as possible when new information releases. Spoilers are getting a general delay these days, so be patient. The Spoilers for chapter 1000 will release in the last week of December.

Therefore, stay tuned we will update this thread as any new information for this new chapter of the latest volume of the manga release.

The earlier Chapter 999 started with the introduction of Ace to Yamato which started with a fight, and ace breaking the Dragonstatue of Kaidou. They end up becoming good friends and Ace promising her that he will return to beat Kaidou.

Also, Yamato while narrating this Ace’s story to Momonosuke and Otama, she tells that Luffy is sworn brother of Ace and also Ace is the son of Roger the king of Pirates. Momonosuke was really stunned by this fact. Yamato also talks about the Letter D in Luffy’s name, this could be the indication of it getting revealed in the upcoming chapters.

While at the battleground Marco carries away Zorro to the top but is put to a full stop by King and Queen, though he remembers about some days with Whitebeard Pirates when Ace thought about fighting Kaido, and how Marco ultimately reach here, the next scene is not there, so it is unclear whether they reach the top or not.

And at the end of the Chapter Kaido and Big Mom’s alliance swears to get one piece together and solve with each other after that, Big Mom also reminds Kaido of the favor she did for Kaidou and she owes him when the Rocks Pirates were put on a full stop that day at the God Valley. They also decided to leave Nico Robbin alive to decipher the ponegliff.

The below mentioned One Piece rumors are possible, though take them as a grain of salt, let’s wait for Chapter 1000. The things mentioned below might happen in the upcoming chapters like 1000, 1001, 1002.

The revelation of the will of D and its meaning

It might be the case that will of D might get revealed in the upcoming chapters by the author. D might be Devil or the Dawn, it is still a speculation.

Maybe Marines, Shanks, Garp might enter the scene later. Garp has already fought the leader of the crew of Rocks Pirates (Big mom and Kaido were in the crew of Rocks at a young age). Garp may pose a threat to them. Though the world government has no control over Wano. Garp mostly is in the biggest arcs of One Piece. Boa Hancock might join the battle but get captured maybe. Chapter 1000 might show the current status of Sabo.

The revolutionary army might not involve itself in this war as their major strength is at Mariejois, also, it looks like Sabo has got captured, we will get to know after this arc what exactly happened at Mariejois. Also, probably the Red Hair pirates will also join Luffy’s side at the end.

We might get to see the situation on the other side in the middle of this Wano arc maybe, that is the current situation of Sabo and the Revolutionary Army at the Mariejois, and ex-marine admiral Aokiji somehow might get involved in this One Piece Arc. Chapter 1000 will reveal new things and actions by the worst gen pirates.

Luffy’s Bounty probably may rise above 4-5 Billion Belly after this Wano Arc ends with Kaidou’s final defeat and Big Mom probably thrown away.

And, also it looks like Monkey D. Luffy will be the Emperor of the sea after this arc after he meets Shanks, also, Luffy will need some help from Shanks if the Blackbeard interferes. As Shanks promised they will meet when Luffy is capable to give the Hat back to Shanks.

There might be a change of sides taking place among the above teams as the fights begin among worst generation pirates, also, we know that every worst gen pirate has their own ego, will, and belief.

It is really getting excited as these worst generation pirates who are very powerful and intelligent will create havoc in Wano Arc, and will be the greatest war in the One Piece Franchise.

Let us know your opinions and thoughts about this One Piece Chapter 999 on our Reddit, also, check about the latest Solo Leveling Chapter 132.