This is about One Piece Chapter 1021 Release Date, Spoilers, Luffy returns to fight? The OP Chapter 1021 release date is August 8, 2021, officially, spoilers soon. Images by Amanomoon.

The fights are getting so intense with each and every chapter, and finally, the climax is about to get started with Luffy about to return back to the Onigashima floating Island and Yamato vs Kaidou already taking place. Once Luffy returns it would be the final fight with Kaidou, Momonosuke might get involved too.

After the delay caused by the Olympics, the news and spoilers about the release date and time of the new chapter of One Piece are out now! 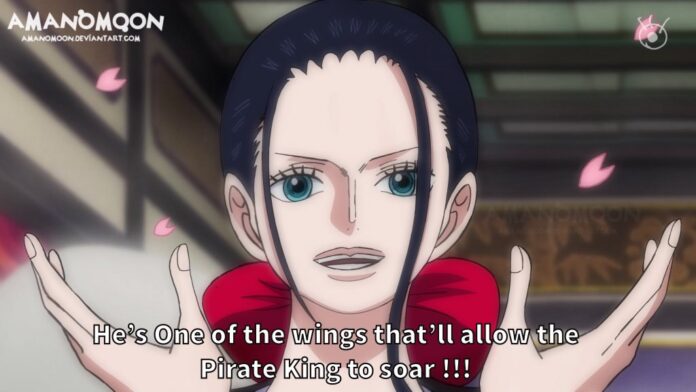 (*Download the Shonen Jump app from play store or app store and search for ONE PIECE 1021 in it, also, we do not own One Piece, Manga, Webcomic)

Warning: SPOILERS AHEAD! if you want to avoid spoilers for Chapter 1021 of One Piece, leave immediately! 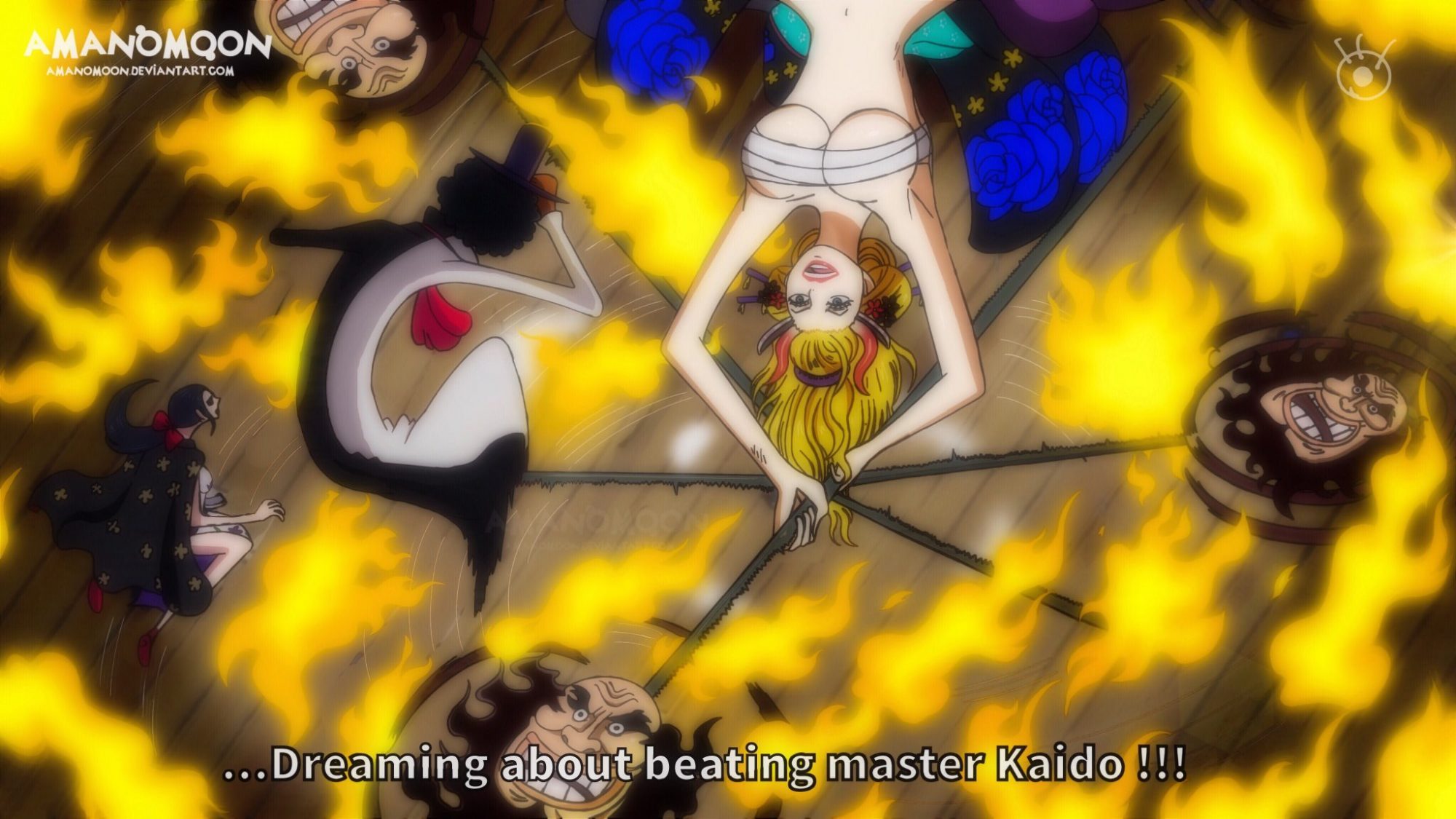 This chapter is titled Demonio and heavily focuses on the huge fight between Robin and Black Maria. This fight is central to the plot of the chapter and there are several interesting details surrounding this fight. We also get a peek into Robin’s backstory! She goes into a flashback in which we see Sabo, Koala, and Hack.

We get to see Robin use a brand new fighting technique called “Demonio Fleur”. The Chapter is very evidently named after this technique. She uses this new technique to transform her body into a gigantic black demon.

The end of the chapter also features something special regarding Momonosuke. He asks Shinobu to turn him into an adult using her “Juku Juku no Jutsu”, who refuses to do so.

Luffy, on the other hand, is on his way to recovery. he eats meat and gains strength for the future.

The current chapter of One Piece manga focuses on the precursors of the big fight between Robin and Black Maria. Yamato and Kaido continue to fight against each other using breath techniques. Black Maria attacks Robin and Brook with the help of her subordinates and illusionary mist, which turns them into people from Robin’s past.

On the other hand, Luffy and the Heart pirates finally find their way to the shore. As a result, they reunite with Momonosuke and Shinobu after which Luffy asks Momonosuke for a ride back towards Onigashima.

Therefore, stay tuned we will update this thread as new information for this new chapter of the latest volume of the One Piece manga release. Let’s wait for the official release of One Piece Chapter 1021.

Few One Piece upcoming Chapter speculations for One Piece chapter 1021, 1022, 1023, 1024 can be The revelation of the will of D and its meaning, Blackbeard interferes in Wano, Garp, Shanks (Red Hair Pirates), the situation of Marines, Revolutionary Army, and Red Hair Pirates joining the battle, Luffy’s Bounty after Wano Arc, the status of Sabo, etc. Will the next chapter bring the fight between emperors and the Worst generation pirates to a conclusion?

One Piece is one of the longest-running manga series, written and illustrated by Eiichiro Oda. The individual chapters of this manga are compiled into 99 tankōbon volumes. The story is about a boy out on an adventure to defeat evil pirates, find the ultimate treasure and become the pirate king himself!

For more news about One Piece Chapter 1021 go Read now

Bookmark this page to get the latest news about One Piece Chapter 1021.