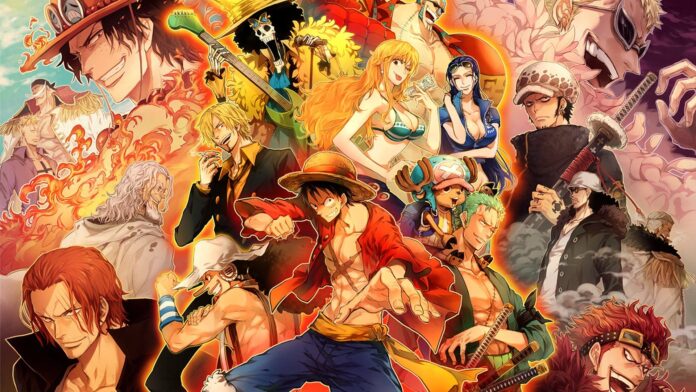 This article is about One Piece Chapter 1024 Release Date, Spoilers, and further updates and details related to it. The upcoming chapter of One Piece will release on September 5, 2021.

One Piece is a Japanese manga series written and illustrated by Eiichiro Oda. It has been serialized in Shueisha’s shōnen manga magazine Weekly Shōnen Jump since July 1997, with its individual chapters compiled into 99 tankōbon volumes as of June 2021.

The story follows the adventure of Monkey D. Luffy and his pirate crew, who are on a journey to find the greatest treasure ever left by Gold Roger. The famous treasure is One Piece. Without any further ado, Let’s get on with the details of One Piece Chapter 1024.

Where to Read One Piece Manga?

You can read One Piece manga on legal manga websites like Viz Media, Mangaplus. The platforms provide updated manga chapters as well as supports the creators. Viz media provides the three latest chapters for free to the users.

Recap of Previous One Piece Chapter

This section of the article contains major spoilers proceed with caution

In the previous chapter of One Piece i.e. chapter 1023 titled ‘Spitting Image’.This chapter left fans shocked with many big revelations. The panel opens up with Zoro and Sanji fighting with King and Queen respectively. The two, Zoro and Sanji are saving each other when needed while attacking both Kings and queens. 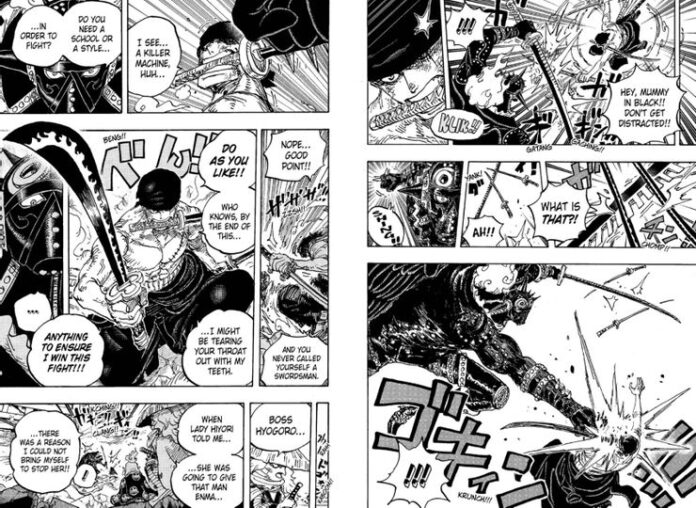 In the later panels, Queen brings up the Lunarian race, a race of gods who lived atop the redline way before, and reveals how King is from the Lunaria race.

The chapter also questions the heritage of Zorro, more particularly Kawamatsu and Hyogoro note Zoro’s uncanny similarities in appearance and ability to not only the late daimyo Shimotsuki Ushimaru but also the legendary Shimotsuki Ryuma. Kawamatsu considers this fate, especially since Zoro is one-eyed much like Ryuma was.

We also get a glimpse from other battles Nekomamushi vs. Perospero, Inuarashi vs. Hybrid form Jack, Fukurokuju vs. Raizo. Towards the end of the chapter, we saw adult Momonnosuke ready to take Luffy to the rooftop.

This chapter has revealed the new race which will open room for more theories to come.

Spoilers to One Piece Chapter 1024

As the previous chapter ended with Luffy and Momonnosuke ready to reach the rooftop, the big and final fight of the Wano arc will begin. The battle against Kaido will be shown, we will get to see Luffy vs Kaido. We can expect to see the outcome of King and Queen battle too as well as updates from other battlefronts.

The raw scans will reveal even more details which release 2-3 days prior to the official release date. What will be the outcome of the battles? Will we get some other revelations soon? There are a lot of questions that need to be answered. Hopefully, the further chapters will provide us with some context.

As for now, that is all we know about One Piece chapter 1024. The upcoming chapter will release on September 5, 2021.

The manga is all set to release One Piece Chapter 1024. The fans are eagerly waiting for the release of the upcoming chapter. Every chapter brings new delight to the fans and it never fails to surprise them.

Keep supporting the One Piece franchise from official sources. Read the manga on official and legal platforms only.

Bookmark this page for more details on One Piece manga. Stay tuned on Omnitos for the latest manga and anime updates.