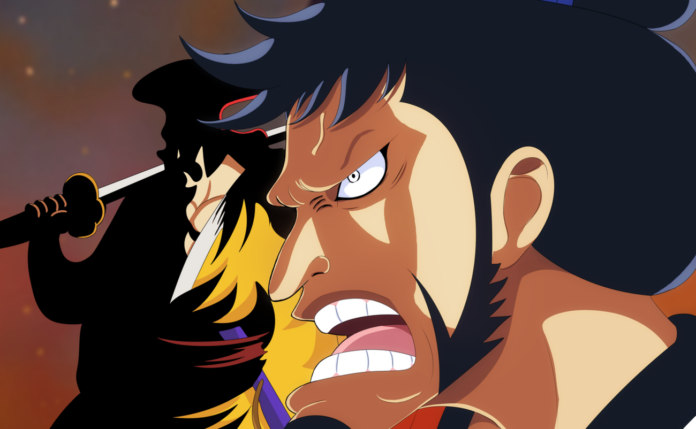 Hello, everyone. One Piece Chapter 971 New Release Date, Spoilers, Leaks, updates, raw scans, live countdown, speculation, OP update thread for English manga air date in this post. Feel free to discuss in the comments section below or catch us on our Discord. Chapter 971 release date is February 16, 2020, because it was ‘delayed’.

Why was Chapter 971 delayed last week?

Previously the release date for the upcoming chapter was scheduled for 9 February but as we said, there’s a 1-week delay. The release date has now been postponed to 16 February.

How much time is left for One Piece’s latest Chapter to be LIVE?

(Visit below after this Countdown ends) We do not provide unofficial links. Fan translations might get the chapter early but always read and support the official release.

Where to Read/Watch One Piece Officially?

(*Download the Shonen Jump app from play store or app store and search for ONE PIECE in it. We do not own OP)

Earlier it has been stated that Oden was executed but according to a Reddit Theory he could have escaped as well and returned to Wano but died while fighting Orochi, he will definitely do something at the end as their execution is announced.

No spoilers released yet, but they will release by 11 February 2020. Fan translations, raw scan leaks, etc. might arrive at that time, so bookmark this page to stay updated. 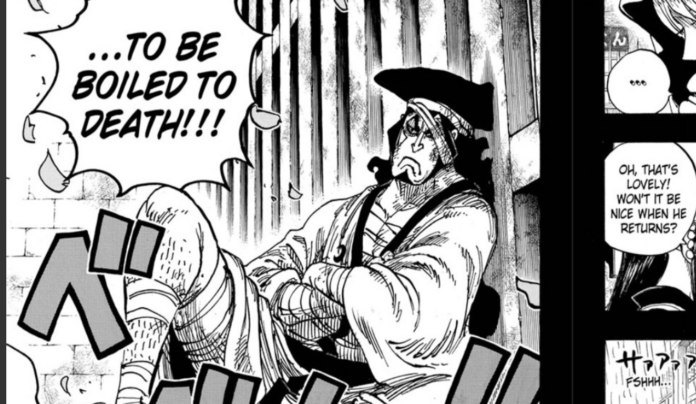 How was Oden defeated?

Orochi and Kaido resorted to dirty tricks of pirates. Kozuki Oden finally got angered in Chapter 970 and gave a scar on Kaido’s chest, though he and his samurai got defeated, he showed utter bravery. The flashbacks may end with Oden’s execution and use of time-time fruit at last by 973. Oden and his retainers are shown in the flower capital prison and are sentenced to death for going against Shogun Orochi. Oden got defeated because of cheating by Orochi’s men, as a copy fruit user turned into Momonosuke and took the advantage.

Without going in too many details, for now, I think the few chapters 972 and onwards will focus on revealing the traitor and exposing some last mysteries, as Kyoshiros motivations and Denjiros whereabouts. This must be done first before the actual fighting starts, the alliance needs to expose and get rid of the traitor(s) in order to stand a chance. Much has already been said on the traitors’ identity, I will not try to make a new theory here. Others have brilliantly put up clues together and formulated their own theories. Presently the main suspect seems to be Kanjuro according to various clues. 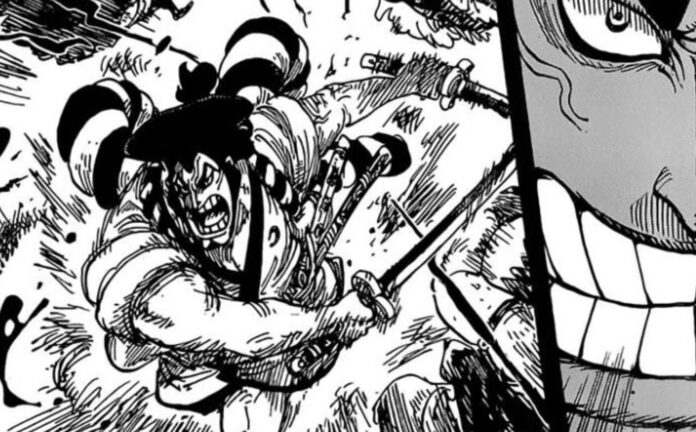 Given the things we know the traitor revealed to the enemy and the timeline of events he is the one that makes the most sense, he was probably a traitor even before the time jump. So let me go over a few points.

Jack learned 2 things from the traitor – how to get to Zou and the fact that Raizo was there, back when this was revealed most people suspected that a mink was a traitor, but Kanjuro could have provided them with this information as well. The samurai had a way of getting to Zou (probably Inu or Neko’s vivre card), and Kanjuro knew that Raizo ended up there. Add to this the fact that his ability would enable him to send messages (and the vivre card) using his painted creatures.

After he was “captured” by Doffy’s men he spent the next few weeks just sitting in a cell, he wasn’t sent back to Kaido or anything? Kaido sent an army led by one of his top men to get Raizo but he just let Joker hold on to Kanjuro?

The first time the traitor revealed the alliance’s plans in Wano it could have been anyone, but the second time among the information revealed was the fact that Hiyori is alive and in Ringo, not many people are privileged to that information – Zoro, Kawamatsu, Kin’emon, Raizo, Kikunojo, Inuarashi, Momo, Tenguyama, Kanjuro and some other Straw Hats (some other characters may have learned it off-screen but that is not relevant).

Through the process of elimination and considering points 1 and 2, Kanjuro stands out as the most suspicious. This is more of a meta reason, but Kanjuro is the most underdeveloped of the scabbards even though he was the second to be introduced, the traitor plotline would work well to expand his character and add extra conflict to the scabbards. 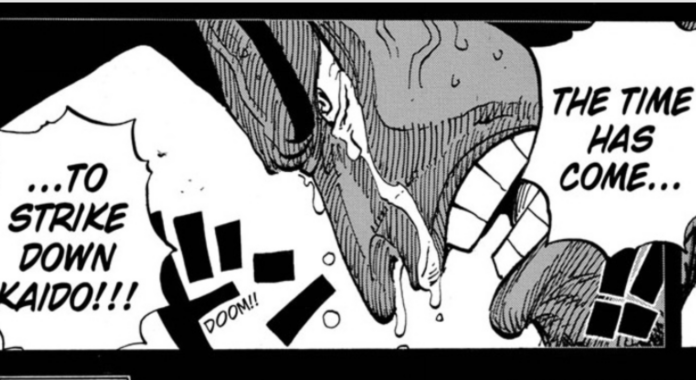 One Piece chapter 971 predictions of what goes down in the next chapter!!!

Comment down your opinions/thoughts below about OP chapter 971 in the comment section. Also, read about the Dragon Ball Super latest Chapter and Black Clover latest chapter