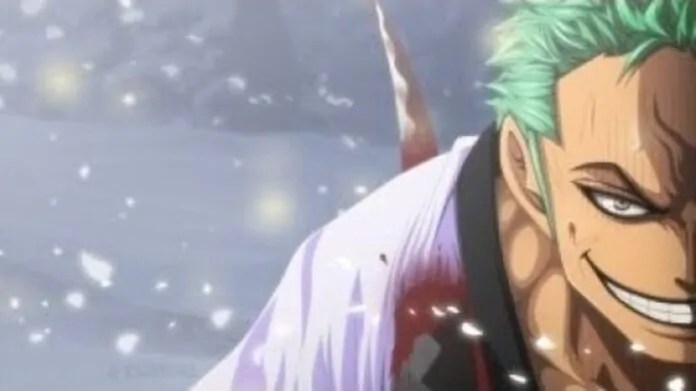 One Piece Episode 934 Release Date is 26th July 2020. One Piece Spoilers Zoro vs Killer, Leaks will release soon. The franchise seems to rule at the top of the ongoing anime industry for a while now.

The Sumo inferno continues between the Queen and Luffy and the crew tries to find the Samurais and Law’s deciding on joining the alliance while Zoro, Gyukimaru, and Kamajo Killer are in a fierce battle at the outskirts.

The Episode will be released as per schedule, there is no delay this time.

Where to Watch One Piece Episode 934?

The Episode 934th of One Piece is titled “Great Reversal – Santoryu Beyond the Deadline!”. Moreover, you can watch One Piece Episode 934 officially on Funimation, AnimeLab, and Crunchyroll. Besides this, we highly condemn the use of streaming anime on an unofficial website. The preview of the Episode is given below.

If you are too eager to know the plot from One Piece episode 930 and further then this is the perfect time to read the manga. As of now, The manga has aired 985 chapters officially.

Here is the exact spoiler story from the Manga for anime, spoiler warning for you all!

Zoro will fight the Killer Kamazo seriously while Gyukimaru of the bridge will interfere again and again but Killer will be able to land a hit on Zorro’s chest and then he will get his third sword back to fight with three sword style and give a blow of Oni Giri to the killer and end the fight. While Gyukimaru will leave the place to his cave. While the scabbards are busy meeting older members, while the whole flower capital is on high alert now about the samurais of Oden.

The much needed One Piece Episode 934 is being released and fans couldn’t be more exciting after the anime series improved its quality towards better.

As seen in the previous One Piece Episode 933, Zoro was fighting Gyukimaru on ice and the fight will get more intense as Kamajo the killer also tries to corner him. While Kamajo and Gyukimaru were busy fighting Zoro in the corner, the swordsman has difficulties fighting with his two swords.

Zoro defeats his opponents like Killer and the second opponent meanwhile goes back to his cave and Zoro gets his black sword back for fighting in Santoruyu (3-sword style fighting). Though Zoro will get an injury from the fight. Also, the daughter of Oden will promise Zoro the Enma sword if he stops asking for Shusui from now.

As the rest of the crew wanders around trying to look for the Samurais and Law is planning to join the alliance back, Luffy is still in prison battling with the subordinates sent by the Queen in the sumo matches. One Piece Episode 934 will also reveal a strong rival for the straw hat’s captain. Luffy is still learning the new type of Haki.

Monkey D. Luffy wants to become the King of all pirates. Along his quest, he meets a skilled swordsman named Roronoa Zolo; Nami, a greedy thief who has a knack for navigation; Usopp, a great liar who has an affinity for inventing; Sanji, a warrior cook; Chopper, a sentient deer who is also a skilled physician; and Robin, a former member of Baroque Works and a Skeleton from Thriller bark, not to forget Jinbei a Fishman. The gang sets sail to unknown seas and islands to find the treasure of One Piece. The latest episode of anime for the franchise will be One Piece Episode 934.

Supposedly for the manga, there is a one week delay.

One Piece is going great in terms of story and character development. Let us know your opinions about One Piece Episode 934 on our Reddit. Also, check about the latest Boruto Chapter 48, Solo Leveling Season 2.