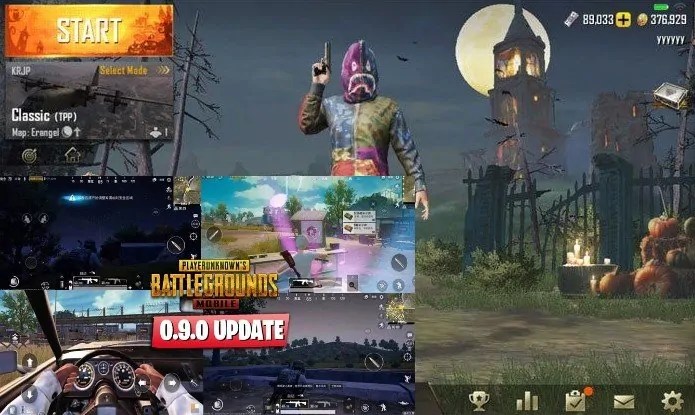 Hello, everyone. PlayerUnknown’s Battlegrounds Mobile (PUBGM) by Tencent will soon be getting the 0.9.0 update for its mobile app on both Android and iOS platforms. PUBG Mobile is always getting better and with less bugs day by day, thanks to the team of their developers, they are releasing big updates every month and in this article I will go in detail about the new PUBG Mobile 0.9.0 Update Night Mode, QBU Sniper, Updated Patch Notes and more. Here is the tentative Live Countdown to this major update. Subscribe to our Reddit community for more Updates.

This Update will include the famous Night Mode in Erangel randomly, new guns, vehicles, new mode (competitive) and new improvements, major Bug fixes. Tentative approximate release date for PUBGM 0.9.0 version is October 25, 2018. However, it is subject to change anytime same as in the case of 0.8.0 which got a bit delayed. A sad news is Beryl M762 won’t be there in this update. 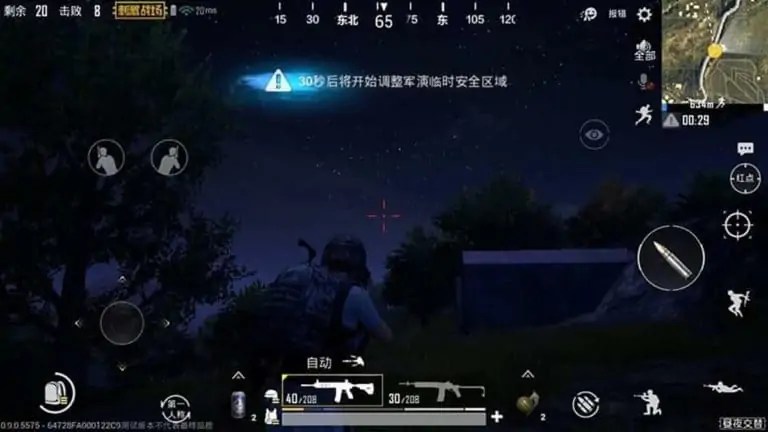 Link/Source to the official Google Document from Tencent for overview skeptics. All of the data below belongs to the Tencent Games, here it is just for informational purposes as per fair use.

→Added Night Mode to Erangel. The map will alternate  between day and night randomly in Classic Mode.
→Added Night Vision Goggles.
→Added new buildings in certain areas.
→Added covers next to some rivers.
→Added more trees in some empty areas.
→A Movie picture style has been added to settings. Once selected, the style will apply to all maps.

Halloween – In all maps, the Spawn Island has gone through a festival makeover. – Interact with other players on Spawn Island by picking up pumpkins and candies. – Enemies killed by Hellfire – AKM will become scarecrows. – A spooky face appears when a grenade explodes. – During the Halloween event period, players have a 50% chance to activate Night Mode.

→Added the QBU DMR. It fires 5.56mm rounds and can be found in Sanhok (replacing Mini14).
→Added the Rony pickup truck. Only available in Sanhok.
→Added a random music play feature in vehicles. This feature can be turned off in vehicle settings.
→The engine sound effects of UAZ and Buggy have been remastered.
→Added driver and passenger views (with improved vehicle interiors) in first person perspective.
→The bullet spread accuracy bonus from hip fire is slightly reduced when crouching or staying down.
→The bullet spread accuracy bonus from hip fire is slightly increased when the player is stationary.
→The vertical recoil and horizontal recoil of AKM have been reduced.
→Reduced the spread accuracy bonus of certain attachments.
→Light Grips now increase recoil recovery and stability.
The recoil animation when firing looks more realistic now.
→QBZ and QBU now have new magazine attachment models.
→The reloading animation of some weapons in both 1st person and 3rd person perspectives have been improved.
→UMP9, Vector and SLR now have new 4x scope crosshair designs.
→Added an action that makes the character stand up while the motorcycle is airborne.
→Added a Brake-button in vehicle driving mode 1 and 2.
The sound effects of the Dacia have been adjusted so it sounds the same as the original PUBG.
→Vehicle lights have been tuned.

→ Added an option where the system will first find teammates that speak the same language.
→Matchmaking has been improved. Finding a match should be faster now and players should reach their appropriate tiers easier. Estimated time should now be more accurate.

→Players can now watch other opponent players until the end of the match after being killed.
→When spectating in room mode, players can turn on projectile and bullet trajectories.
Performance
→Resolved lagging issues when players encounter other players from afar, or when they open the inventory to change equipment.
→Added a feature to only download the different files when updating a map. If the game client has been updated to version 090, only 13 MB of data need to be downloaded for Miramar (originally 300 MB).
→Resolved some game-crashing issues.
→Reduced loading time when the game is launched.
→Reduced memory usage in lobby.
→Resolved blurry screen issues on some mobile phones.
Improved game update mechanism and resolved issues that may cause the update to fail

→Added the Share for Deals feature. Get your friends to help you bargain, then get the item at a huge discount or even for free!
→Earn candies through a Halloween Lucky Draw to get Halloween-exclusive vehicle finishes.
→Earn Trick Ticket Scraps, combine them into Trick Tickets for the lucky draw!
→Customizable outfits are available. Players can now select outfit colors and logos before purchasing. Pick a unique outfits for your squad now! (This feature will be launched at the same time with in-game tournaments)
→Added Classic Crates which contain tons of rare items.
Redesigned some elements of the Royale Pass missions page. It is now more convenient to view the weekly missions and collect weekly mission rewards.
→Added a notification for Royale Pass missions on the results page.
→The “Share” tip will no longer be displayed when getting Epic items. Redesigned the share page.
→Redesigned the art for the gift feature and added a Halloween envelope.

→Added advanced room settings in rooms. Advanced Room Cards enable room owners to set weapons, attachments, Playzone shrink speed and other parameters.
→Added the 1st person perspective of Miramar and Sanhok in rooms.
→Players can now invite friends to their rooms, or share the room invitation to team channels.
→The entrances to rooms and training grounds have been moved to the main page.

→Added a Halloween theme and background music to the main menu.
→Added a feature to view recent likes on the friends page.
→Added a Like Rankings.
→Added a Clan Rename Card in the shop. Only the clan leader can purchase and use it.
→Improved the achievements in team mode. Those who knock an enemy out will fulfill the killing conditions of an achievement if the enemy is killed by themselves or by their teammates.
→New achievements: Eye for an eye: Kill 1 enemy that knocked you out in the same game. Take Me With You: Sit on a vehicle that is being driven by enemies once for over 10s. Physical Trainer: Crouch 10,000 times, jump 10,000 times, get down 10,000 times.
→New honor achievements Chicken Veteran: Get a total of 500/1000/2000/5000 Challenge Coins from Crew Challenge. Seasoned Soldier: Participate in a total of 10/20/30/40 Crew Challenges.
→New social achievements Bargain Master: Help friends to bargain a total of 1000/10000/30000/1000000UC.
→New general achievements Candy Master: Hit 6 other players with candy bombs/candy balls.
→When one or more players in a team have different game client versions, the system will announce the player(s) with the older version.
→Players can now view the update details when they download the update files.
→Guest Mode has been moved to “More” on the login screen.
→Added an option to filter the same first language in the team channel. If the same language is selected, players will only see the team invitation messages from those who speak the same language.
→The translation feature now translates the chat into the player’s first languages (no longer translates into the game client language).
→The Portable Closet can be used on the Spawn Island now.
→Added a few loading tips to help players understand new game content.

→Players now can switch between standing/crouching/lying down, or overhand/underhand when the grenade is triggered. Grenades can be thrown while standing sideways.
→Frag grenades now deal more damage and cause tinnitus.
→Molotov cocktails now deal more damage and can go through wooden doors. They can be detonated by firearms. The fire from explosion will spread on wooden floors.
→Stun grenades now impact a bigger frontal area. The whiteout effects have been improved.

→Bullets now pierce through water but deal a lot less damage to targets under water.
→Added health bar animation when the character loses or recovers health.
→The map marks on the Spawn Island will no longer disappear after characters enter the aircraft. The mini-map will be actively scaled as the player moves in battle.
→Added more icons in kill broadcast.
The 8 main directions on the compass are easier to recognize now.
→Fixed an issue of the weapon not firing properly when the fire button is pressed.

Thanks for reading this article, please make sure you have subscribed to our notifications for more latest updates.