Hello, everyone. As we mentioned earlier that we are gonna get the trailer on Monday for Spider-Man: Far From Home, and it actually got released today, just now. Let’s watch it without any delay:

It’s not just a trailer but the future of the MCU. Spiderman has to take care of things from now on and has to replace Tony and take his responsibilities to fight against the wrong.

Spiderman uses his mechanical suit given by Tony initially in the Movie before going to Europe Trip. The Multiverse is confirmed!

There is a key line in this trailer that discusses is where the MCU is going for phase 4 and on based on the consequences of the last two Avengers films.

Tony is now gone forever. Tony Stark dies at the End of Avengers: Endgame using the Gauntlet to dust out Thanos and his army, the power of the stones was even almost too much for Hulk, therefore it kills him. 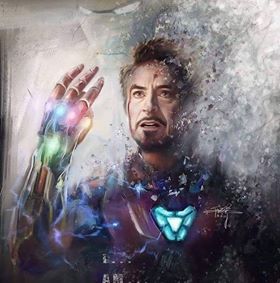 Russos also talked about the Tragic death of the Iron Man- “The reason we choose Iron Man, in the end, was because he was the closest one to Thanos at the time.

In all the futures, Doctor Strange foresaw Iron Man was the only one who could get close to Thanos and do the snap.

People usually think the death of a hero is a horrible tragedy. But we think this is different. When his death was able to bring back hope, to save half of the universe, then his death was powerful and meaningful,” Joe Russo said.

Also, the directors Russo’s said that “Yes, those people who were lucky to survive the snap are 5 years older than the people who just got back,” Russo explained in a recent Question and Answers interview.

“The reason Spider-Man saw his friend again in high school at the end was simply that his friends were unfortunately also dusted like Spider-Man was.

Of course, there are people in his grade who didn’t die and they are probably already in colleges by now.”