Hello, everyone. We have some breaking news, Spiderman: Far From Home Trailer will be released this Monday Officially as per an internal source.

UPDATED: Trailer got released as we told and tells the future of MCU.

As reported by a few sources it’s not just a trailer but the future of the MCU and it will contain some Avengers Endgame Spoilers and a warning for that inside the trailer.

As per Trailer Track, the next trailer will start with Tom Holland warning us that Endgame spoilers are sure to follow.

In the image below we see Nick Fury with Maria Hill and Spidey in his second suit which is black in color. Guess spidey has got another mission in the to-do list from Nick.

Also, the directors Russo’s said that “Yes, those people who were lucky to survive the snap are 5 years older than the people who just got back,” Russo explained in a recent Question and Answers interview.

“The reason Spider-Man saw his friend again in high school at the end was simply that his friends were unfortunately also dusted like Spider-Man was. Of course, there are people in his grade who didn’t die and they are probably already in colleges by now.” 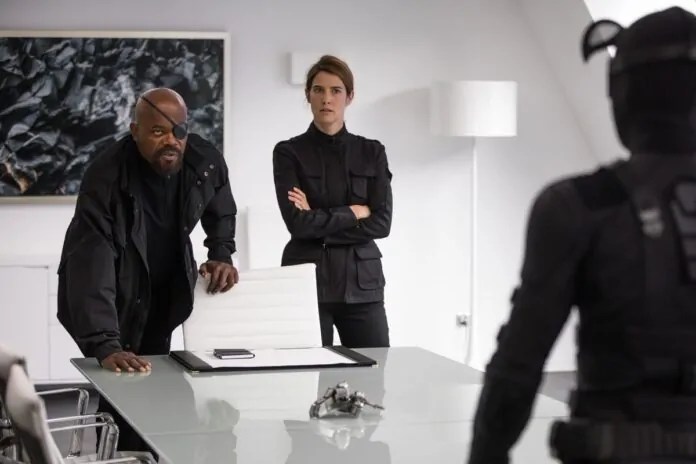