The God Of High School Episode 12 release date, spoilers, watch. This post will contain spoilers, previews, and even a little recap of the earlier episode. So, without any further ado, let’s get started!

As seen in the previous episode, things are getting really intense as the tournament is near to its ending. Fans are indeed thrilled and let’s get into some more details right now.

New episodes of the anime The God Of High School gets released every Monday. Similarly, the new episode 12 will be out on 21st September 2020.

The God Of High School Episode 12 Where to watch?

Crunchyroll is the best option to watch the brand new episode that is The God of High School Episode 12. If you want to have a look at the original anime, then head to Webtoons.

The last The God Of High School episode 11 starts as the battle is going on where Mori decides to keep his calm and does not charge towards Illypyol without any consequence. He decides to take things real slow. His massive punches make no damage to Illypyol. While Mori is still wondering about his abilities, Illypyol uses Taekkyon: The Transience of Life.

This is a technique where he uses teleportation to teleport to various places as a result of confusing Mori to a large extent. He starts attacking Mori brutally. Mori is successful in copying one of his techniques- Blue Dragon Tempest attack but Illypyol dodges that attack.

Illypyol gets the upper hand, Mori gets beaten up and falls to the ground when he notices that Illypyol is in some kind of pain too, clutching his head. This gives back Mori his confidence, gets up, and shows his level which makes the fight even now. 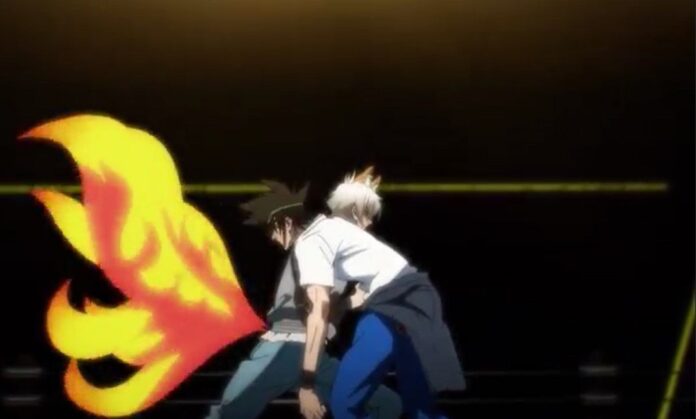 Mori also realizes the true power of Charyeok and ultimately after a good round defeats Illypyol using the big hand of God. He is declared the winner. He laters pays Illypyol a visit to the hospital and they become friends too.

Mujin announce that the God of High School is over.

The God Of High School: What is it all about?

Jin Mo-Ri is the main character of The God Of High School and the story revolves around him. He is a 17-year-old boy and a high school student as well. Being a martial artist from Seoul, he fights in a tournament which is known as The God Of High School. But as the tournament goes on, he realizes that the operators are quite shady indeed and there might be some motive beneath all this.

This is everything we know about the new episode till now. Let us know what do you think about the upcoming The God Of High School Episode 12 on our Reddit. Stay tuned on Omnitos and read out other articles on Solo Leveling and Boruto.