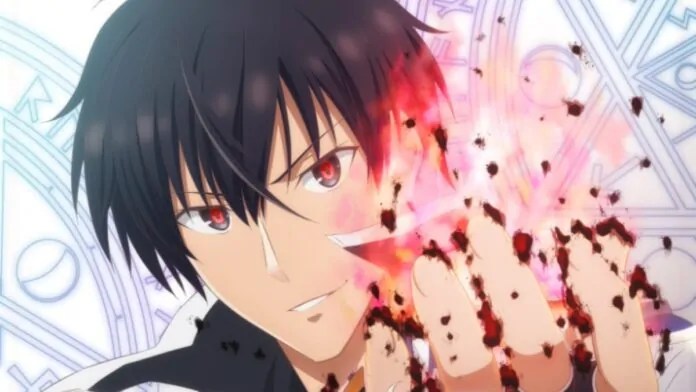 The Misfit of Demon King Academy Episode 4 Release Date is 25th July 2020. Spoilers, the preview is given in this post.

The Misfit of Demon King Academy is a new anime that started airing this season, but it took the anime world by storm. Everyone likes this kind of Anti-Hero Anime.

The story starts with Annos Voldigold, who was a demon king 2000 years ago and now is reborn. He wishes to take back his original place only to realize everything is changed. Well, he wasn’t the Demon King of Tyranny for no reason. He is extremely op and as well as brutal. Today we will talk about the upcoming The misfit of Demon King Academy Episode 4, it’s the release date, spoilers, and recap in case you missed the last episode.

In the Last Misfit of Demon King Academy Episode 3, you could see a little bit of past between the Sasha and Misha. How from childhood they were close. But as they grew up rifts started coming in between. Then we go back to the present where we can see Sasha and Misha reconciling. Annos is happy to see that they both are together the next morning.

The Students who were defeated by Annos whish to join Annos’ team but he rejects them to their dismay. They badmouth them and Misha which causes Sasha to flip off on them. The next scene then shows that one of the Seven Elder Demon Emperors, Ivis Necron is coming to the class to host a special lecture.

Annos being his creator in the past confronts him only to realize someone has removed memories from him and changed some facts about Annos and demon king of Tyranny. Annos, Misha and Sasha go inside Annos’ old Castel to retrieve magical items as a test. They then decide to go to the bottom floor to get a magical scepter. As it is both Misha’s and Sasha’s birthday, Annos decides to give the scepter as a gift to Sasha and Misha gifts a magic robe she found to Sasha.

Then something major happens, Sasha tricks both Misha and Annos, stabbing Misha through the chest killing her. But Annos is to overpowered to be tricked like that. He said that he was just playing along with Sasha to see what her goal was. After overpowering Sasha and healing Misha, she asks Annos to let Sasha go.

The Episode 4 will release on Saturday, 25 July 2020, at 11:30 PM JST. The anime is airing every Saturday in Japan. You can also watch the latest Episodes of the Anime on Crunchyroll as they are released.

This is it folks for The Misfit of Demon King Academy Episode 4. Be sure to stay tuned for future updates and as well as more Anime and Manga News. Also, check out One Piece Chapter 986 to get more info about the latest chapter.